Ziggy Marley Is Here to Teach Kids About ‘Vulture Culture’ 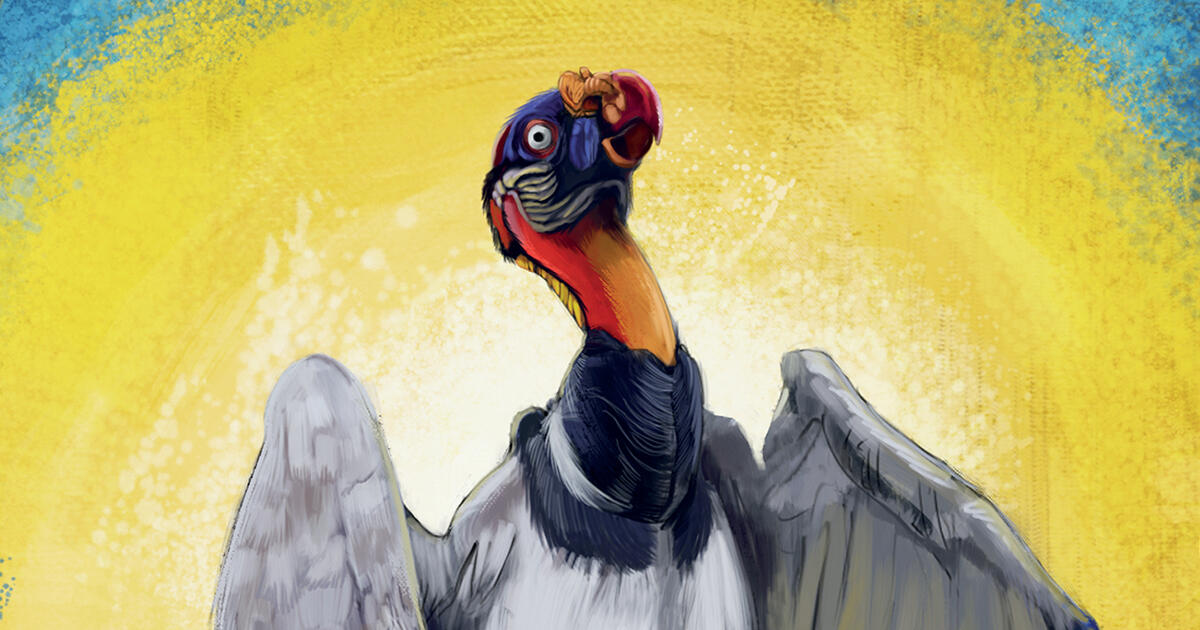 Little John Crow, which Marley co-wrote with his wife, Orly, tells the tale of the eponymous fledgling vulture from Bull Bay, Jamaica, whose world is turned upside down upon learning he and his parents are scavengers. Shunned by his friends—including a wise young snake, a French pigeon, a sugar-thirsty hummingbird, and others—and determined to become an eagle or a parrot instead, Little John Crow flees into the wilderness of Jamaica’s Blue Mountains. There he meets a trio of vultures that take him under their wing, teaching him all about “vulture culture,” as they call it, and setting him on a path to “realizing his roots and the importance that he plays” in the world, Marley says.

According to Marley, the main motivation for writing Little John Crow was to raise awareness about the perils vultures face and help fight for their future. Vultures are struggling worldwide, resulting in the loss of a vital ecosystem function with serious consequences for the planet. “The challenge is to get people to take a look, and get them to be aware of the situation that some vultures are in in the world,” Marley says. “Without the vulture, the world would be in a very sick, dire place.”

More than a hundred bird species are considered scavengers, but vultures are at the top, completely dependent on finding and eating the decomposing carcasseses of other animals. Twenty-two species provide their corpse-cleaning services around the world, ridding the environment of carrion and dangerous diseases. But the majority of the birds are in decline, with nine species considered critically endangered by the International Union for Conservation of Nature. Although many vulture species, both real and imagined, appear in Little John Crow, the species in Jamaica is the Turkey Vulture, known locally as John Crow. (The young vulture bearing this name in the book, it’s worth noting, grows up to look more like a King Vulture.) Turkey Vulture populations remain healthy on the island, but having always been associated with evil and death, the birds suffer from a bad rap.

This negative reputation led Marley to have an early dislike for vultures himself. “The story runs parallel to my journey with this bird,” he says. “From seeing the bird as something disgusting, and evil, and nasty, growing up as a child,” he says, “to being enlightened, and respecting them, loving them, and understanding their role in my world.”

Vultures have highly specialized digestive systems built to break down rotting meat laden with bacteria and toxins, but the birds are hyper-vulnerable to veterinary drugs and lead ammunition that often remain in the dead animals they consume. Direct persecution, be it through indiscriminate shooting or as retribution for their misperceived role in killing livestock, as well as aerial collision with power lines and wind turbines, also pose a threat. Marley sees a direct link between peoples’ negative perception of the birds and their decline in the world. “Vultures are always the villains,” he says. “I like flipping the script. I like taking stereotypes and flipping them around, making them heroes instead.”

Telling a story from a vulture’s perspective came naturally to Marley, whose music has often given voice to the non-human world. Songs like “Dragonfly” and “Storm Is Coming” see life through the eyes of animals and trees struggling to survive amid human environmental recklessness.

For Orly, Little John Crow was an opportunity to teach kids about self-love. “We have biracial children, and we talk all the time about being able to fit in where you are, loving yourself, and really accepting yourself as you come,” she says. “For this generation of children, especially coming off the pandemic, they’re dealing with so much anxiety, so much self-doubt. They’re struggling with who they are in the world,” she says.

As much as Ziggy and Orly wanted to paint vultures in a positive light, they also thought it was important to embrace all sides of the species—vultures do nature’s dirty work, after all. So when they approached artist Gordon Rowe, best known for his portraits of hip-hop artists, they asked him to capture that duality on the page. “We were really impressed with his style,” Orly says. “A little gritty, it just has so much texture.” To this end, Rowe alternates scenes of Jamaica’s forests, dripping with fruits and flowers, with the deep, dark interiors of vulture dens. He also doesn’t shy away from the birds’ relationship with death; in one scene, Little John Crow, fully fledged, perches proudly on a skull.

As the book evolved, refining and shaping the narrative became a family affair for the Marleys. With ample time at home due to the COVID-19 pandemic, Marley says the kids also pitched in. Their teenage daughter helped edit, while their younger children served as test readers for different versions of the story. “I was watching if it kept their attention, if it was interesting,” he says.

By the end of the book, when Little John Crow finally returns to Bull Bay, it’s as an enthusiastic and capable scavenger thanks to his new vulture friends. But as he soon discovers, while he was gone and his parents were out searching for him, his home became littered with the remains of uneaten animals and buried under a horrible stench. Equipped with his newfound powers, Little John Crow gets to work, bringing balance to the ecosystem and showing his community why vultures matter. As harmony is restored to the landscape, he reunites and celebrates with family and friends, including three little songbirds that kick off the party with some sweet melodies. “They are a homage,” Marley says of the characters, who are bright red, gold, and green. “I always try to pay respect to my father and mother in what I do, little tidbits here and there. It’s three little birds, man!”

Like his father, Bob Marley, Ziggy is primarily known for his reggae music, but he has long focused on the next generation. With his former band, the Melody Makers, he performed the theme song to the TV series Arthur, appeared on Sesame Street, and more recently released two albums oriented toward family listening. Ziggy and Orly also run a charitable organization that funds education and training programs for Jamaica’s youth.

“It’s a very natural thing, it wasn’t like a career decision,” Ziggy says of this work. “I just grew up having that kind of love and respect for children—an understanding. If you really want the world to be a better place, I think you really have to talk to children. It’s got to be about the children.”