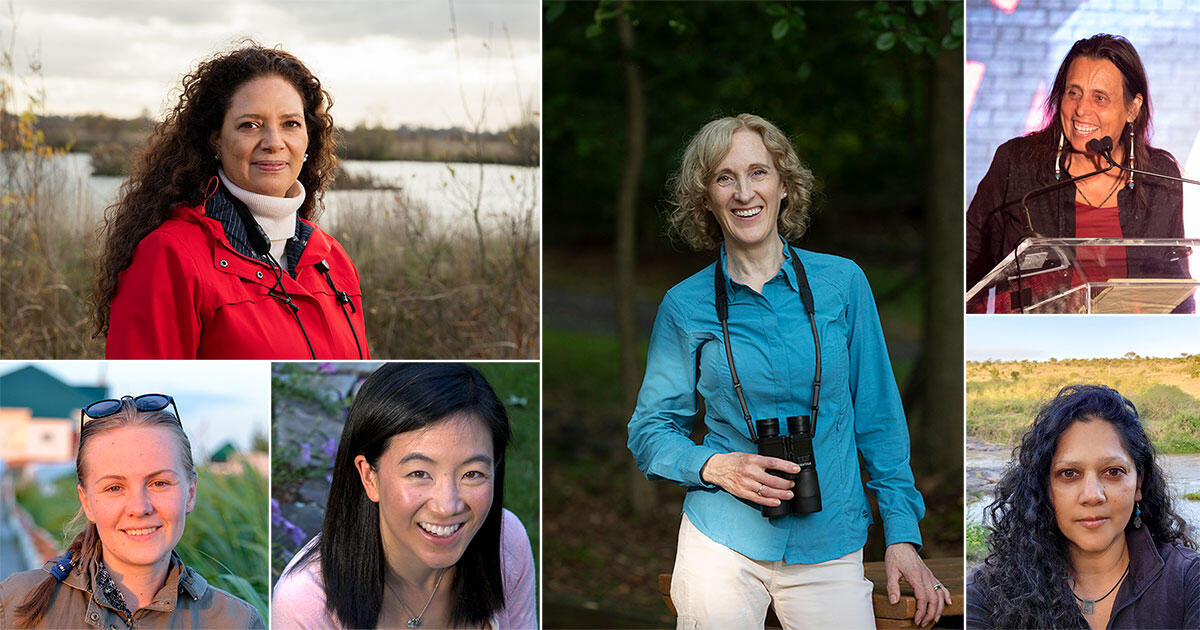 This piece was co-authored by Patricia Zurita, CEO BirdLife International.

Women scientists, activists, and conservationists have long been at the forefront of the movement to protect birds and nature. Eliza Philips and Emily Williamson co-founded the Royal Society for the Protection of Birds in the UK, while Minna B. Hall and Harriet Hemenway co-founded Massachusetts Audubon Society. And the list goes on: Rosalie Edge created Hawk Mountain Sanctuary, Rachel Carson sounded the alarm around DDT and birds in Silent Spring, and Mamie Parker helped uphold the integrity of the Migratory Bird Treaty Act during a trailblazing career in public service.

Women’s History Month is an opportunity to reflect on our past, our present and the hope we have for the future. Today, we are honored to continue the tradition of protecting birds and the world we all share. Though women have long been at the center of this work around the world—often in the face of immense challenges—it is rare for them to lead organizations with a mission to protect birds and the planet. In fact, only 21% of large nonprofit Chief Executive Officers are women. In our case,  Ms. Zurita, an Ecuadorian conservation economist, holds the distinction of being the first woman from a developing nation to lead a legacy international conservation organization (BirdLife International turns 100 this year). Dr. Gray, an ornithologist and life-long conservationist, is the first woman to hold the CEO title in National Audubon Society’s 117-year history. Considering the fact that few nonprofit CEOs are women and that three-quarters of nonprofit CEOs  are white, we understand that our leadership also carries with it a responsibility to role model a new style of leadership while creating  a more equitable future.

The urgency behind the need to act on the dual crises of climate change and biodiversity loss has never been more clear, yet we are each filled with hope as we think about the future. We are inspired by the impressive, talented, and powerful women throughout the world doing the work needed to create a brighter future for us all.

We are also inspired by women conservationists and activists across the world who are taking the future into their own capable hands. Winona LaDuke, is an economist, environmentalist, and writer known for her work on tribal land claims and preservation, as well as sustainable development. Dr. Hahrie Han is a leading political scientist whose research in civic and political participation and effective social movements points the way for nonprofits like ours to effectively engage our members and create durable change. (And Ms. LaDuke and Dr. Hahn were keynote speakers at the 2019 Audubon Convention.) From Elizabeth Wanjiru Wathuti, a Kenyan environment and climate activist and founder of Green Generation Initiative, to Nazareth Cabrera, leader of the Uitoto Indigenous people who inhabit the Colombian Amazon, to Nemonte Nenquimo, a Waorani leader in Ecuador who’s been leading the legal case against TEXACO, visionary women are leading the way.

As leaders at all levels of the conservation movement think about the next 10 years and beyond in the path to address the climate and biodiversity crises, women will continue to play a critical role in how those actions play out. Women can and must lead as scientists, program heads, CEOs, executive directors, board chairs, and community leaders. We must be compensated and respected in equal ways to our male colleagues and peers. And women with privilege owe it to the most marginalized in our own community to effectively advocate for a more equitable future for all women, including transgender women and Black, Indigenous, and other women of color.

This is why we are asking you to join us. Support the women-led conservation efforts making a difference across the globe today and elevate the next generation of women leaders in conservation.