With Protections Restored for Alaska’s Tongass, What’s Next? 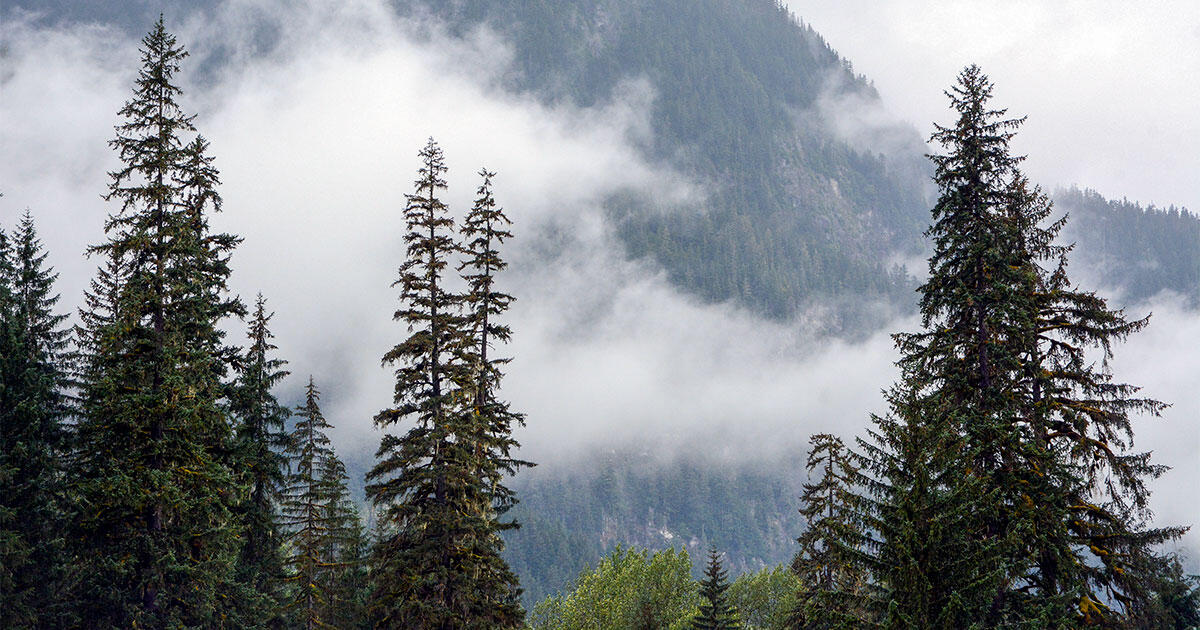 When he was in his mid-20s, Joel Jackson helped start the company which would lay the roads that enabled old-growth logging on the remote Southeast Alaska island where he grew up, a part of the vast Tongass National Forest. “That was the only well-paying job that I could get,” he recalls. But it wasn’t until those tribal-led timber operations shut down decades later that Jackson, now aged 65 and president of the Organized Village of Kake, a federally recognized tribe, fully realized industrial logging’s impacts on the forest and those who rely on it, reflecting: “What the hell did we just do?”

Today, the scarcity of jobs in this remote region persists, as do the scars of clear-cut logging in certain sections of the Tongass, a largely intact temperate rainforest blanketing some 16.7 million acres of islands and coast along Alaska’s panhandle. But Jackson and other Alaska Native leaders in the area are welcoming with cautious optimism recent federal announcements to protect the Tongass, engage with Tribes, and invest in sustainable development projects.

On July 15, the Biden administration announced steps to end industrial old-growth logging in the Tongass, the country’s largest national forest and an important stopover for many migratory birds, and to usher in a new vision for the forest and its communities that focuses on “forest restoration, recreation, and resilience.” The U.S. Department of Agriculture (USDA), which includes the Forest Service, plans to roll back a Trump-era policy that exempted 9.3 million acres of the Tongass from the long-contested 2001 “Roadless Rule,” which prohibits road building in currently roadless areas of national forests. It also outlined a new “Southeast Alaska Sustainability Strategy” that comes with $25 million in federal funding for economic and community development.

Over the next few weeks, the USDA is assembling a local interagency team “that will consult with Tribes and Alaska Native corporations and listen and work with local partners and communities to identify priorities and practical opportunities for both short term and long term investments,” according to USDA spokesperson Larry Moore. How exactly these investments could shape the future of the forest, a major carbon sink and home to endemic wildlife including the Queen Charlotte Goshawk and Prince of Wales Spruce Grouse, will depend on the USDA’s guidelines and individual tribes’ and communities’ specific needs. A common theme, however, is improving basic infrastructure and lowering the high cost of living and working in the isolated region—for starters, making food, energy, shipping, and internet more accessible. Jackson says he personally would like to see renewable energy projects or perhaps a new industry like kelp farming come to Kake, though the latter depends on cheaper means of shipping out products.

Still, tribal leaders say the groundwork is in place to take advantage of this unexpected opportunity for investment.

“I think you’re seeing this perfect storm of alignment happening right now with the Tribes and the federal government, even the conservation groups, all coming to the table,” says Richard Chalyee Éesh Peterson, president of the Central Council of Tlingit & Haida Indian Tribes of Alaska.

For the past decade, an important vehicle for building such momentum away from extractive industries and toward healthier communities has been the Sustainable Southeast Partnership, a collaborative and eclectic regional network whose work ranges from food and energy to fisheries and forest management. In its recent announcement, the USDA said it hopes to complement the network’s efforts, including the Hoonah Native Forest Partnership. This Indigenous-led community planning process pulls together the region’s disparate landowners and stakeholders—including historical adversaries like private landowners and environmental groups. Together, they collectively review scientific data and coordinate proposed forest management projects for optimal impact at the landscape level. For instance, that could mean figuring out when, where, and how to thin out dense stands of second-growth trees to open up passages for deer and bear, regardless of who owns the land.

Robert Starbard is Hoonah Indian Association tribal administrator and co-founder of the Hoonah Native Forest Partnership. Should they receive a slice of the new funds, Starbard says the money would likely go toward restoring high-priority streams where salmon productivity has dropped due to logging decades earlier.

Another tribal-led project that may benefit from the recent announcement is Southeast Alaska’s nascent Indigenous Guardians program. Last October, the Central Council, a regional tribe, signed an agreement with the Forest Service to create a network of Indigenous stewards working in their communities to monitor, manage, restore, and protect the lands, waters, and other resources. The network aims to empower local people to translate their longstanding traditional knowledge of the land into the currency of Western science and, with that data, raise needs more quickly and efficiently to the state and federal government. Collaborating with a range of partners, the Central Council is hoping other tribes will follow suit and build on existing capacity, such as programs for water quality monitoring and climate change adaptation planning.

While Starbard says the federal government’s strategy to support such efforts is worthwhile and well-intentioned, he doesn’t think it goes far enough to meet the region’s needs. “It really does miss the mark that the Tongass as a whole is in need of a paradigm shift of how we’re going to use it,” he says. He and others emphasized that $25 million won’t go very far among the 19 Tribes and many communities spread across the massive forest. And the Tongass’s needs are only rising as the climate changes; this rainforest is already seeing warmer, drier summers affect its salmon runs, according to Starbard.

Critical to the future of the Tongass, tribal leaders say, will be overcoming the years of broken promises and political back-and-forth with the region’s Indigenous peoples. Some Tribes say they are done with being “consulted” and instead are here to “co-govern” the forest that has long been their home.

“You want to talk about the future of the Tongass,” says the Central Council’s Peterson, “first … you have to look back in time, because that’s how we managed the Tongass for over 10,000 years.”