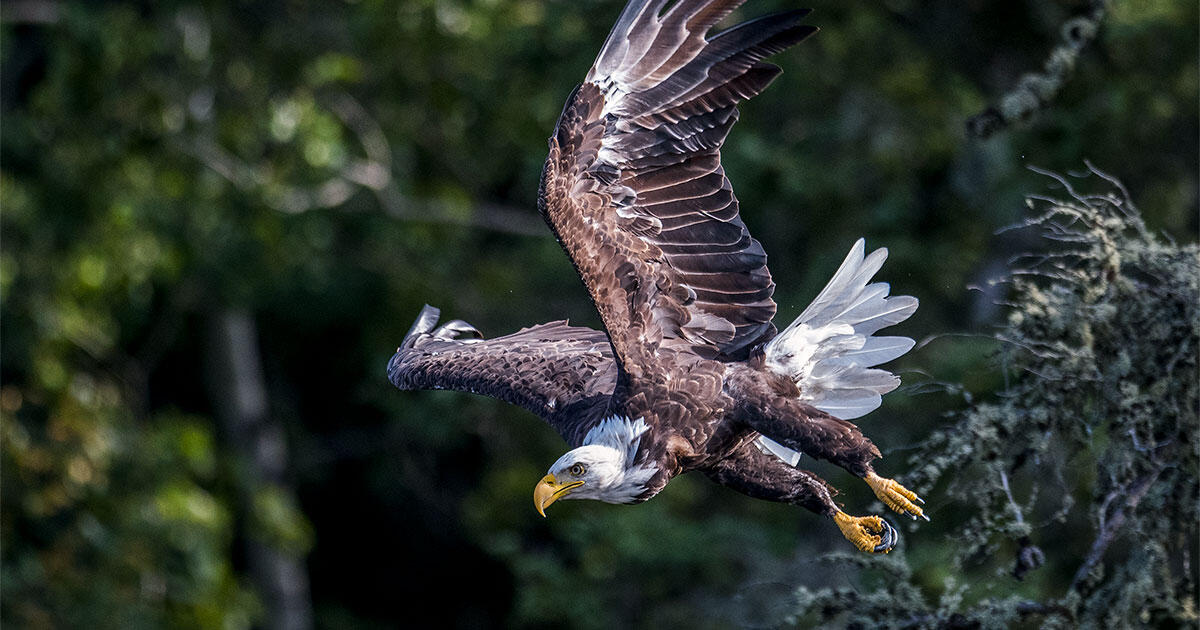 In the 1960s, only about 500 breeding pairs of Bald Eagles remained in the contiguous United States. The species faced a real threat of extinction. Today, that number sits at more than 14,000 pairs. The charismatic raptors have rebounded so mightily that their conventional nesting sites are filling up; they’re building homes on beaches, in the spiky arms of cacti, and just about anywhere else with a vacancy sign.

This recovery didn’t happen by chance. It happened primarily because of two big moves by the federal government. In 1972, the Nixon administration—through the Environmental Protection Agency, which President Nixon created—banned the use of DDT, a toxic insecticide that had built up in the bodies of eagles and other birds high on the food chain, causing their eggshells to be too thin for many chicks to hatch. The following year, Congress passed the Endangered Species Act to conserve habitat for vulnerable wildlife, and the Bald Eagle was among the first species to gain protection. Without these political interventions, we might not have Bald Eagles.

The story of the Bald Eagle’s comeback is instructive for many reasons, and it is perhaps the best example of why birds and politics are not mutually exclusive. And yet, we often hear from readers who don’t see it that way. When we examine the implications of environmental policies or, especially, report critically on the government’s conservation agenda, letters to the editor and online comments carry a common refrain: Don’t be divisive. Stay out of politics. Stick to birds.

We understand that many of our readers look to birds, and in turn to Audubon magazine, as an escape from daily stressors and a discouraging news cycle—especially during what has been such a turbulent and challenging year. And we take seriously our ability to provide that respite. It’s why you’ll find a steady cadence of stories that explore what makes birds so fascinating and that lift up the joy of birding. But we want to be clear about why our coverage must be more expansive: As journalists, it is our responsibility to report accurately and candidly on issues that affect birds and birders, wherever and to whomever that leads us. In fact, a core function of journalism is to hold the powerful accountable for their actions. And when it comes to whether birds will survive and thrive long into the future, politicians wield great power.

As journalists, it is our responsibility to report accurately and candidly on issues that affect birds and birders, wherever and to whomever that leads us.

In this, our objective as journalists is in sync with the mission of the organization that supports our work. Just as Audubon magazine isn’t simply a birding magazine, the National Audubon Society isn’t just a birding club. Audubon arose from grassroots political efforts in the late 19th and early 20th centuries, when activists outraged by the slaughter of wading birds for the millinery trade lobbied politicians to outlaw plume hunting and give migratory birds federal protection. Today Audubon has a team headquartered in Washington D.C. dedicated to ensuring our nation’s policies continue to protect birds and the places they need.

As our reporting shows, such policies matter. Researchers say a conservation program in the Farm Bill—a huge piece of legislation that is renewed every five years or so—is responsible for reversing the decline of Henslow’s Sparrow populations and for the production of 2 million additional ducks per year in three Prairie Pothole states. A recent study found that the Clean Air Act, passed by Congress in 1970, has saved perhaps 1.5 billion birds, in addition to millions of human lives. It’s no wonder that when the Trump administration announced plans to weaken this important policy—amid a global pandemic disproportionately affecting people of color, no less—both environmental and public health advocates were appalled by the rollbacks.

Science has increasingly laid bare what many have long understood: The fate of birds and people are intertwined. And so we also see a sharper focus on environmental and social justice issues—which some readers have similarly found off-putting—as core to our editorial mission.

There’s abundant evidence that, for too long, a variety of government policies have forced people in ZIP codes with the least political power to suffer the worst impacts of environmental degradation while limiting their opportunities to enjoy the many benefits of access to nature. The environmental and conservation movements likewise have too often excluded people of color and other marginalized communities, creating a lack of trust and ultimately making their efforts less effective. Today, more people, politicians, and organizations are recognizing these longstanding inequities and taking steps to address them, and it’s our job as journalists to report on these important shifts while also highlighting the significant work that lies ahead.

That’s why we covered Indigenous protests over a new oil pipeline that will transect land and water relied on by birds and people and further exacerbate a climate crisis threatening both. Why we celebrated events like Black Birders Week and highlighted efforts to right the gender power imbalance in birding. And why we’ve been taking a hard look at the legacy of the mostly white environmental movement, including that of John James Audubon himself.

As journalists, we welcome feedback from readers—even when it is critical of our work. We recognize that we might not always get our coverage on these and other important issues right, but we are dedicated to constantly learning and improving. We also pledge to approach politics with the same level of scrutiny, regardless of which party wields power. Please share your thoughts at [email protected]. And check back often, as we continue to stick to birds—and also the many intersecting stories that anyone who loves birds has a stake in.