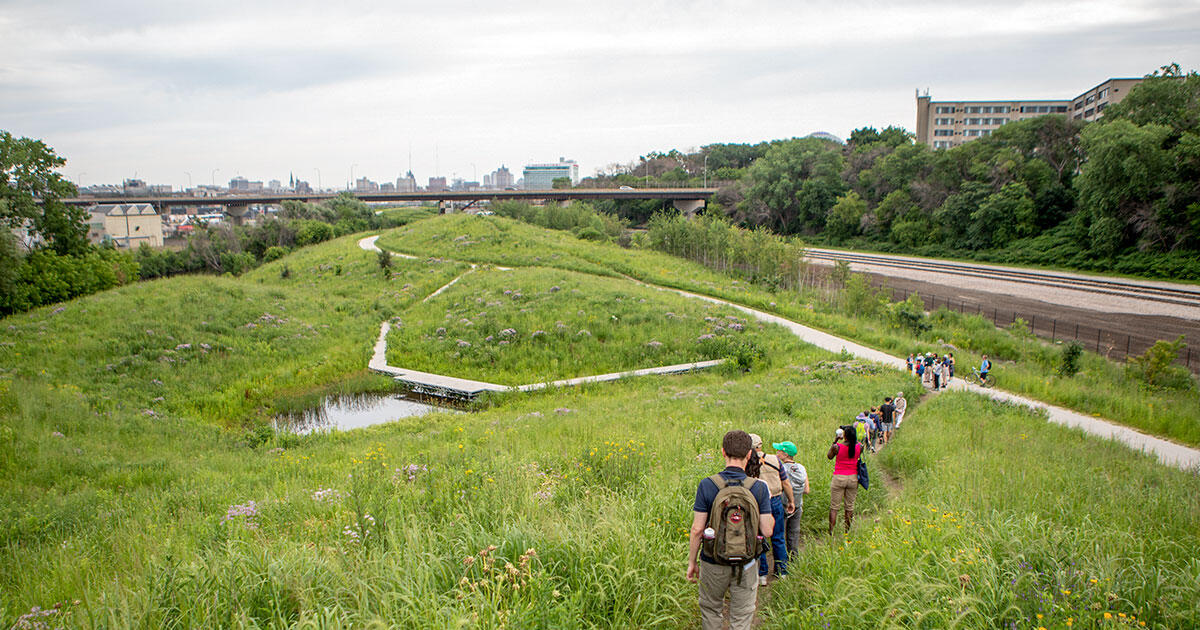 Parks provide space to exercise, unwind, and watch birds and other wildlife. They help protect against the effects of a warming climate. During the COVID-19 pandemic, they’ve offered a place for friends to meet up in relative safety and served as public health hubs for the distribution of masks, food, and vaccines.

“If we’re talking about Black folks, Latinx folks, Asian American/Pacific Islanders, when they go outside of their neighborhoods and they see that there are amazing park amenities except in their own, they start to question: How is my city, how is my town, how is my local leadership valuing my well-being?” says TPL’s equity director Ronda Chapman.

The report accompanies the group’s latest ParkScore index, a rating published annually since 2012 that ranks the 100 largest U.S. cities based on investment, access, acreage, and amenities in their parks. This is the first year the group has added equity to its evaluation criteria. “The public outcry on racial injustice spurred us to take action in ParkScores,” says Linda Hwang, the director of strategy and innovation at TPL. This year, Washington D.C. ranked best overall, receiving a boost from its previous second-place ranking due to its high marks on equity. Saint Paul and Minneapolis, Minnesota came in second and third place, respectively.

To measure equity, TPL looked at the percentage of a city’s people of color and low-income residents who live within a 10-minute walk of a public park. They also looked at park acreage related to the specific demographics of communities. In Washington, people of color are just as likely as white residents to live within a short walk of a park, and per-capita park space is about evenly distributed. In Bakersfield, California, on the other hand, people in mostly non-white neighborhoods have access to 68 percent less park space than in mostly white areas.

Of the 100 largest cities, 70 have more park acreage per capita in mostly white neighborhoods compared to those where mostly people of color reside, the results show, and 66 have more in high-income than low-income neighborhoods. Local leaders may not recognize the full scope of the inequity in their own cities; only 52 percent of mayors believe that the quality of green space differs across neighborhoods, according to the 2020 Menino Survey of Mayors.

TPL’s findings add to a growing body of evidence that the benefits of green space are unequally distributed in American communities. A study in greater Los Angeles last year found that affluent areas have twice as many street trees and five times as many birds as poorer neighborhoods. Other research has shown a similar “luxury effect”—a term for greater biodiversity in wealthy areas than in low-income and minority communities—in cities around the world.

Past discriminatory practices, such as redlining, and existing racist policies have likely shaped the disparity, says Madhusudan Katti, an urban ecologist at North Carolina State University. But low-income people and people of color may not have the social or political power needed to push for recreation areas in their communities. “Allocation of resources—getting a plan for parks or maintenance of parks—is often responsive to whoever has the most clout,” Katti says. “The deck is stacked against people based on race.”

“The deck is stacked against people based on race.”

Access to parks is improving overall, according to TPL. A decade ago, about 68 percent of residents in the 100 largest American cities lived within a 10-minute walk of a park. Now, 75 percent do. But there are still about 100 million people, including about 28 million children, who don’t have a walkable park near their home. Only in two cities, Boston and San Francisco, do all residents live within a 10-minute walk of a park.

But proximity is not enough, Chapman says—the quality of parks is crucial. What quality means varies with each community’s needs, but recreation areas should have enough acreage to support the residents who live around them and should be well-maintained. Budget cuts make this difficult. Even as the pandemic made parks more essential for city-dwellers, it pummeled municipal finances; nearly two-thirds of city park and recreation departments had their budgets slashed last fiscal year or expect them to be this year, totalling more $800 million in estimated cuts, according to the report.

A lack of well-maintained and accessible green spaces has real implications for residents’ physical and mental health. Access to parks and spending time in nature is linked to reduced anxiety, depression, stress, and even mortality. And as temperatures rise and climate change brings more summer heat waves, city temperatures can lead to discomfort but also to heat stroke, which may especially be an issue for low-income people who don’t have air conditioning, Katti says. Vegetation in parks helps cool down the surrounding area through transpiration and the shade it provides.

Parks have been especially valuable during the pandemic. Fifty-seven percent of cities reported using them for distribution of personal protective equipment or vaccines, TPL reports, and 70 percent used them for meal distribution at a time when many people had lost their jobs. Nearly one-third of cities used parks as alternate, outdoor learning locations because being outside reduces the risk of COVID-19 transmission.

To ensure that everyone has access to parks, cities must get creative, Hwang says. One way they’re doing so is by opening up school playgrounds to the public when classes aren’t in session. Some are building recreation areas on forgotten spaces, such as rail trails on abandoned railroad tracks. Others are removing barriers to nearby parks, for example, by constructing a pedestrian overpass to a park on the other side of a highway. Pandemic stimulus funding is helping some cities offset budget cuts for park upkeep.

But as cities invest in underserved communities, Katti also worries about so-called “green gentrification.” When a neighborhood receives better access to quality green spaces, property values often rise. Wealthier residents may move in and displace the original members of the community. Organizations that revamp neighborhoods and build playgrounds and green spaces should be mindful of this, Hwang says. They can encourage cities to put policies in place that address gentrification, such as freezing property taxes for existing residents.

Policies of that sort may help cities confront the reality that people with the least access to parks are the same as those hit hardest by the pandemic. The past year has demonstrated that these outdoor gathering spaces aren’t merely nice to have—they’re essential elements of healthy communities.