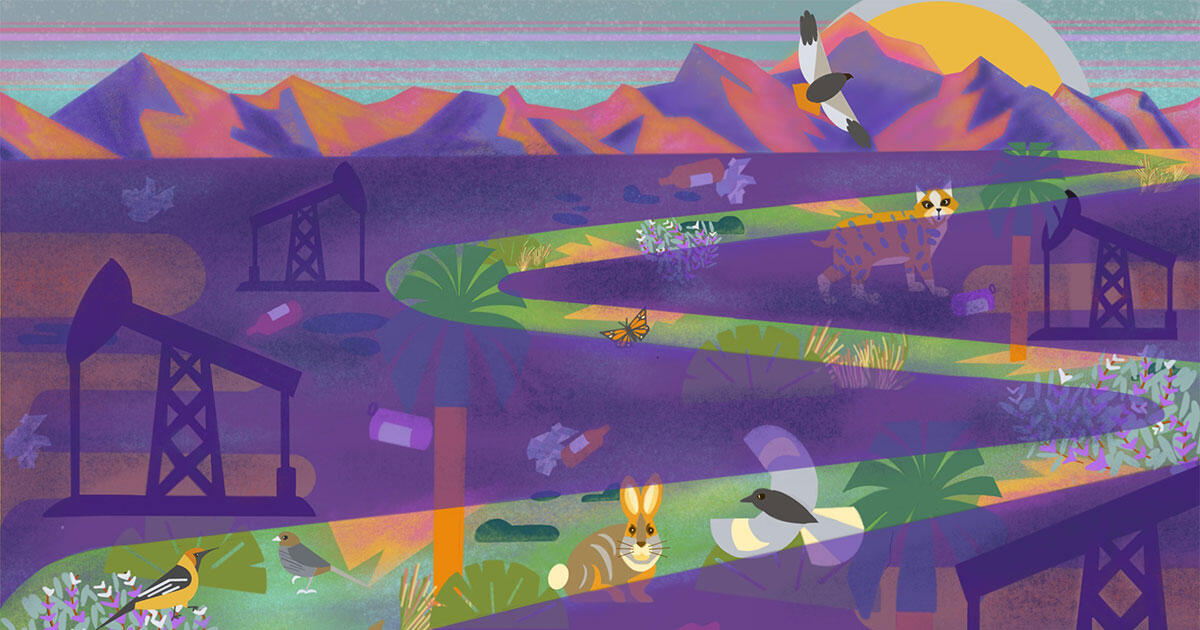 It was sometime during the pandemic that I realized I didn’t have a home. I’d lived in Los Angeles for four years as an East Coast transplant and prided myself on being an outsider. I liked pine needles and protected dunes, not volleyball and Ferris wheels. I liked the melancholy winter blue hour and books that weren’t beach reads. I liked the camaraderie of the subway, and my friends who’d known me for decades. But when the mandate came to “shelter in place,” this place was where I was. And I was still a stranger here.

I was also struggling with my fertility, an endless journey through surgeries and private loss, which only reinforced my isolation. After hundreds of visits, I still used Google Maps to get home from the doctor’s office, refusing to learn the way. I felt invisible as I drove, like a seedpod that might flutter into an eddy and disappear.

Everywhere I went, I saw the signs of the apocalypse. The city’s dusty trails and seemingly dead brush were not only unlovely, but alarming. It hadn’t rained enough in California in years, and yet sprinklers ran all summer, and the city kept washing its gleaming cars. Meanwhile, the president was dismantling climate policies and environmental protections at a harrowing clip.

But as I hunkered down, I started noticing I had company. A California Towhee wanted to chat on my deck, and every morning, the yellow flash of a Hooded Oriole preening in the passionfruit vines caught my eye. I was thrilled when shadows large as dragons came through the yard, outriders of high-flying Red-tailed Hawks. As these birds became my friends, I understood how lonely I’d been.

In a surge of commitment, I signed up for a program called California Naturalist—its name brought to mind a Stetson hat, which appealed to me. (I’d always nursed a pipe dream of being a national park ranger, not least for the uniform.) I logged into a Zoom classroom, and for more than 40 hours, I learned about where I lived.

I learned to keep a field notebook, to notice caterpillars in the leaf litter, and about why eucalyptus groves were so quiet. I studied my local watersheds and the adaptations of redwoods to fire. I collected live oak acorns in my cup holder. I logged observations on iNaturalist, an app for identifying and mapping biodiversity, staking digital pins throughout my neighborhood.

To complete the course, I had to present a “capstone project” involving hands-on volunteer work promoting stewardship. I knew where I wanted to work: Kenneth Hahn State Recreation Area, an urban park a short walk from my house. It was partly wild and untamed—once I’d had to pull my dog away from a coyote on the trail. But much of it looked ugly, gray, and barren. Litter marred the views, and oil derricks bobbed in the lot next door, glaring reminders of the land’s abuse.

I needed a sponsor for my project, so I googled the park and “volunteer.” I found an article on the blog of the Los Angeles Audubon Society co-written by Eleanor Osgood, a stalwart chapter member. An email led to a phone call, and soon, one fall morning in 2020, we stood at the entrance to Kenneth Hahn.

Eleanor was small-boned, with a cowlicked, silver bowl cut and a car trunk full of trowels. She worked with a small oxygen tank on her back but with a dauntless vigor. I’d never seen her in the park, and I understood why once she led me to her site. She worked away from public paths, through a tunnel in the coyote brush, in a place not for people but for birds.

She had company, a ragtag volunteer crew who’d been battling weeds for years. Among them were Alan, an avid hiker and gardener, George, a retired science teacher, and Tian, a visiting professor from China. Every Friday, bearing masks and rusty tools, our team assembled.

This year’s nemesis was invasive black mustard, which was turning the coastal sage scrub into ashen monoculture. I’d liked mustard when I’d seen it spraying hillsides yellow in spring. But come summer it gave way to a sea of brittle gray, tempting wildfire and blighting the landscape.

Moreover, mustard outcompeted native plants, which, by contrast, supported a vast network of species that had coevolved together. Some, like monarch butterflies, depended on a single host plant for survival. When one plant disappears, engulfed by mustard, so do insects that feed on it, and up and up the food chain.

We snapped the dead mustard, often taller than us, down into twigs. Stem by stem we dug under the root node, from which it could resprout, and severed it there. The dead stalks scattered tiny living seeds, which we raked to remove. After a rain we scraped up new seedlings, a carpet of green dots. There were always more, and the work was maddeningly slow.

Now I started seeing mustard everywhere. In a park of 400 mustard-strewn acres, our site measured one acre. A restoration ecologist told the Los Angeles Times that mustard was so widespread, it didn’t meet the criteria for a species that is manageable on a large scale. In other words, our efforts were futile.

We can’t eradicate mustard everywhere. But we can look down, and weed the earth at our feet. We can clear a narrow path, step by step.

Despairing, I confronted Eleanor. “How can you stand it?” I asked. “How can you work this tiny patch of earth, while mustard swallows the globe?”

Eleanor did not flinch. Patiently, she reminded me that by working the land every week for years, we gradually deplete the mustard seed bank. When we reseed with native plants, we give them a head start before the rainy season, and water them extra. They have a chance to grow into a habitat. What matters here, she said, is that birds passing down from the mountains have a soft place to land. “For them,” she concluded, “we build a corridor.”

We build a corridor. Her words cracked light into my soul. We can’t eradicate mustard everywhere. No more than any individual can, on their own, stop the drilling or halt ponderosa pines from retreating up the mountains. We can’t make it rain.

But we can look down, and weed the earth at our feet. We can clear a narrow path, step by step. And one day, we’ll look up and see we’ve built a corridor.

Eleanor died last year. In April 2021, she texted me from the hospital: “All of us together might actually conquer the mustard by the end of spring!” But come summer, she was gone.

I miss her optimism, her fearlessness, and the way she cocked her head to hear the birds. But her words still root me and have helped me find my stake in this land. Still every week, I work her acre with my new weeding friends.

My fingernails are black with soil, but a native coastal goldenbush has taken root. Native wildflowers—California everlasting, cliff aster, wire lettuce, and clustered tarweed—are making a bid. At dusk, the light settles pink against the mountains’ flanks, and I know the length and angle of the shadows at this time in this season. I know that, in the folds, the dark purple creases where evening falls first, birds are bedding down. And that tomorrow, they might rest here.