Welcome to the Dark Side: Your Guide to Nocturnal Migration Birding 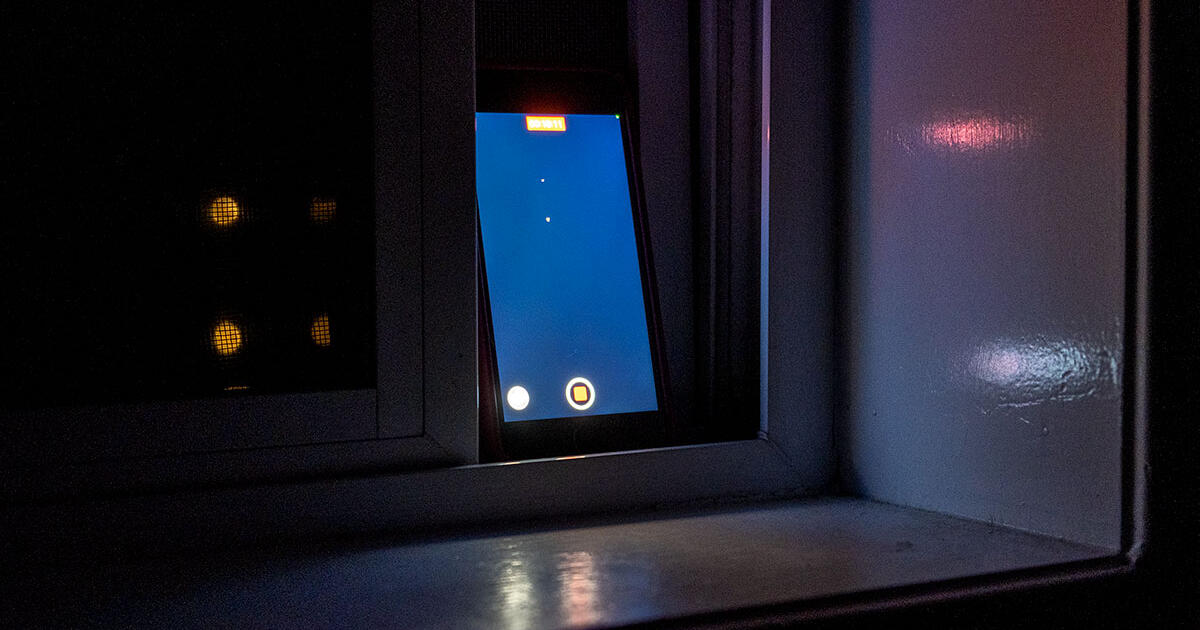 Spring birding can be an unforgettable experience, with surges of brilliant tanagers, warblers, and orioles brightening your local birding patch. But while most birders call it a day when the sun sets, the birds don’t stop—much of migration happens unseen at night. Now, more and more birders of all abilities are discovering the joy of listening to and recording the nocturnal flight calls, or NFCs for short, that birds make as they migrate.

With user-friendly technology and the help of a flourishing community, it’s easier than ever to start identifying the birds that pass overhead at night. Among the hobby’s biggest draws: Nocturnal migrants aren’t dependent on the habitat below, so it’s possible to encounter a whole new suite of species you’re not used to seeing. And it doesn’t matter if you live in the quiet country or in a noisy city, since bird calls rarely share frequencies with urban noise. “Sky is sky,” says Joe Gyekis, moderator on the Nocturnal Flight Calls Facebook group.

You can start listening for nocturnal migrants by ear. For the best results, use BirdCast, a free bird migration forecasting service, to plan your outing for an especially birdy night. But identifying the short calls many migrants make can be challenging, and birds keep flying deep into the night. That’s why recording nocturnal calls is a key component of this type of birding: It makes identifying species easier and lets you enjoy NFC birding without losing sleep.

Setting Up Your Gear

Chances are, you already have everything you need to make your first NFC recording. All smartphones have a built-in microphone and recording app, so getting started is as simple as wedging your phone into a window, or placing it somewhere like a roof, fire escape, or patio table. With its mic pointed to the stars, your phone will record any nocturnal flight calls in range. Add an external power brick like the Nimble Champ Portable Charger ($50) to keep your phone juiced all night, and be sure to save the file when you’re done.

Need to keep your phone handy? Instead, try a pocket-sized sound recorder like the Zoom H1n ($120), which has sensitive microphones that can record birds at higher altitudes and better document species with faint calls, like warblers and thrushes.

Avoid positioning your microphone near sources of constant noise, like air conditioners, heat pumps, or calling insects such as crickets and katydids. Placing your portable recorder or smartphone at the base of a handy five-gallon bucket, flower pot, or salad bowl will dull wind and background noise while amplifying bird calls, Gyekis says. To protect your device, a high-quality food wrap covering the container will block rain and dew but not sound.

Speaking of buckets, the Oldbird21C ($125) might be the most high-tech version you’ve seen. Designed specifically for recording NFCs, it packs a highly sensitive microphone and preamplifier into an unassuming pail. The Oldbird is built by Bill Evans, a pioneer who set much of the groundwork for NFC recording and identification.

Gyekis, who uses the Oldbird himself, says it’s highly durable and lives outside his house for the entire migratory season, recording nightly. You’ll need to plug it in to a dedicated recording device and a power outlet. Gyekis runs cables from his roof to a power outlet and laptop inside.

Once you’ve recorded a night of migration, step two is downloading the file to a computer and making a picture of your audio recording. These images, called spectrograms, display time, amplitude, and frequency of sound. On a spectrogram, birds’ calls appear as unique visual signatures that, with practice, you’ll learn to separate from background noises such as neighborhood cats and traffic, and even identify by species.

Thankfully, making a spectrogram from your recording is simple. NFC enthusiasts and beginners alike have long turned to Audacity, free software available for Mac and PC.

Read your spectrogram chronologically from left to right. High-pitched sounds appear closer to the top, and low-pitched sounds below. With Audacity, you can simultaneously listen to your recording while visually reading the spectrogram, a great approach for learning NFC calls. If you’re already used to describing the quality of bird vocalizations with terms like buzzy, metallic, or whistling, you’ll be excited to actually see these qualities as they appear on your spectrogram.

Once you have created a spectrogram and located what you think is a bird call, check out the free online NFC field guide from Evans and fellow NFC ace Michael O’Brien to start identifying species. For shorebirds and ducks, Gyekis recommends the Peterson Field Guide to Bird Sounds, available for eastern and western North America ($28 each), by Nathan Pieplow.

Some species, like Upland Sandpipers and Canada Warblers, have visually distinct calls that you’ll learn to recognize.

Some species, like Upland Sandpipers and Canada Warblers, have visually distinct calls that you’ll learn to recognize on a spectrogram in no time. Others, such as several warblers that all make a similar zeep call, stump even the experts. There are also nocturnal flight calls that haven’t been matched to any species yet—Gyekis has recorded several calls over the years that he and collaborators have been unable to identify—meaning your recording might help solve a small piece of the unfolding mystery of nocturnal migration.

Merlin, the Cornell Lab of Ornithology’s free app for IDing bird sounds, can also help with species identification. Play your NFC recording on speakers with Merlin running to see what it suggests.

Gyekis says that learning NFC calls translates to heightened birding skills during the day because birds use the same calls after the sun comes up. “It’s helped my daytime birding hugely,” he says.

In NFC birding, the thriving online community plays an outsize role, transforming a tricky identification question or an equipment setup issue into an opportunity to connect with others. The NFC Facebook group is the current hub of this activity and is a great way to learn the ropes. Birders of all abilities are happy to assist one another, and Gyekis still uploads his own hard-to-identify recordings for a second opinion. “Don’t be shy to ask for help,” he says. “Just jump in.”