To Protect Her Subjects, a Photographer Chooses Patience Over Playback 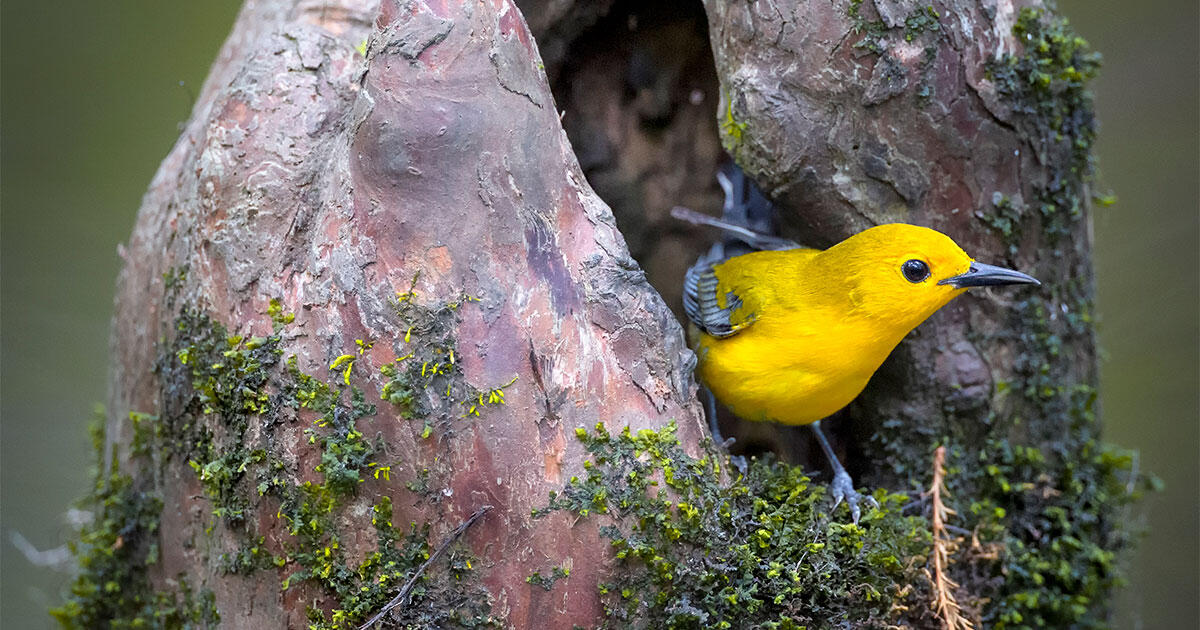 Photographer Kelley Luikey hasn’t always focused on birds; initially, she was drawn to landscapes. But in 2013, while taking photos of Barred Owls, Prothonotary Warblers, and other species at South Carolina’s Francis Beidler Forest Audubon Center and Sanctuary, she “got the bird buzz.”

Beidler’s virgin cypress-tupelo swamp—some of whose trees have stood for more than a millennium—was also among the first places Luikey witnessed a photographer using playback: the use of recorded sounds of a bird species or its predator to draw the bird out for a look. It’s a practice photographers and birders should avoid because it can distract birds from survival tasks. It’s especially harmful during nesting season, when doing so can draw birds away from their nests, causing them to waste precious energy and leave their young vulnerable to predators. In Luikey’s encounter, a man placed speakers on the boardwalk and blasted a Prothonotary’s song. She asked him to stop, and he complied. She believes he, like others who use the method, meant well but simply didn’t know better.

To photograph furtive species like this Prothonotary Warbler without resorting to playback, Luikey suggests thinking like a naturalist. That includes finding birds by learning to recognize their vocalizations rather than broadcasting them. It also involves putting in the time: To capture this bird emerging from its nest in a cypress knee, Luikey visited Beidler many times in spring 2019, growing deeply familiar with the forest. Over the course of the season, she watched the warbler pair select the site, build their nest, and ultimately raise their young.

On the day she took this photo, Luikey sat for hours with her Canon EOS 5D Mark III on a tripod, lens trained on the nest. She used an ISO of 2500, a shutter speed of 1/250, and an aperture of f/4 to compensate for the swamp’s dim light. A 600mm lens allowed her to shoot from a distance without disturbing the nesting birds. She clicked the shutter at the exact moment the radiant warbler moved to exit its nest. “Patience is key,” she says. “You’re not going to just walk up and get that.”

Prothonotary Warblers are declining with the clearing of the swampy woodlands they rely on. Like many other migrants, they face enough burdens without the added pressure of photographers distracting them. “Whatever your shot is,” Luikey says, “it’s not worth some impact that’s negative for the bird.”

This story originally ran in the Spring 2022 issue as “The Art of Patience.” To receive our print magazine, become a member by making a donation today.