To count Sumatran rhinos in the wild, look for their poop, study says | Focusing on Wildlife 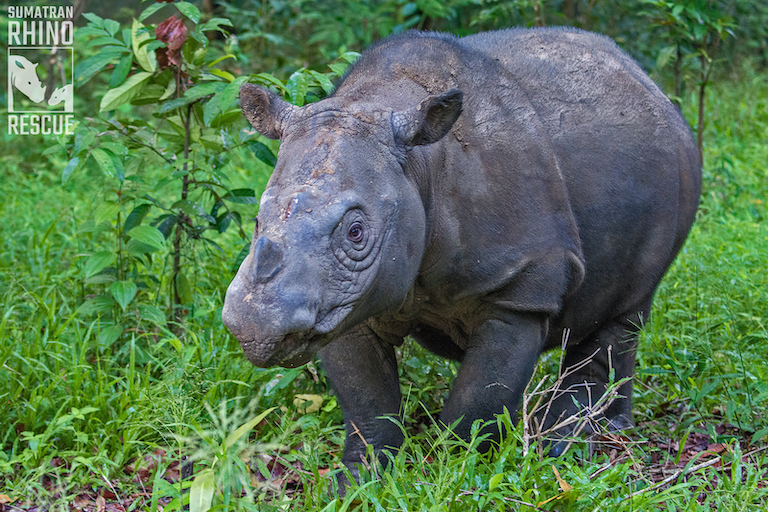 JAKARTA — How do you tally the population of one of the rarest and most elusive animals on Earth? Follow the poop, of course.

That’s the finding from a study that shows that Sumatran rhinoceros droppings can reliably predict the species’ remaining population and help inform conservation planning.

The estimated global population of the Sumatran rhino (Dicerorhinus sumatrensis) stands at fewer than 80 individuals surviving in small pockets scattered across the Indonesian islands of Sumatra and Borneo. However, that number is highly contested, with many experts saying there may be no more than 30 of the rhinos left in the wild.

A group of researchers from Indonesia, Canada, and the U.S. have sought to shed light on the issue by looking at samples of Sumatran rhino dung.

The fecal DNA in the droppings, they say in the study published in March, are able to yield better statistical power for identifying individuals.

“It’s hard to do population censusing for this species because there’s not a ton of them and they’re very elusive so it’s hard to figure out how many there are,” co-lead author Jessica Brandt, from the University of Illinois Urbana-Champaign, in a statement.

She said analyzing the droppings is a helpful method, given that the rhinos live in dense rainforests that are difficult for researchers to traverse through. This way, Brandt said, little interaction is required to happen with the rhinos in the wild.

Despite the benefits of dung sampling, the researchers noted some challenges of the method, namely the rapid degradation of fecal DNA and the difficulty of dating it.

So the scientists identified so-called microsatellite markers, sequences of DNA that repeat, to help distinguish between different individual rhinos.

Using 11 wild dung samples, the researchers were able to amplify and verify the DNA sequences that can be used for censusing.

“By looking at enough of these markers, you can distinguish animals because microsatellites evolve very quickly and are highly variable within species,” co-author Alfred Roca, a professor at the University of Illinois Urbana-Champaign, said in the statement.

“These markers are ideal to target regions of the rhino genome that are highly variable,” Roca added.

The researchers say amplifying DNA from fecal samples could be useful for informing conservation managers about the population size and genetic characteristics of wild Sumatran rhinos.

“We hope that we can use these markers on more samples collected in the field to provide island-wide population data for Sumatran rhinoceros species, which will help us devise better conservation strategies for this critically endangered species,” said Sinta Saidah, co-lead author and research assistant at the Eijkman Institute for Molecular Biology in Indonesia.

Indonesia is the last refuge of the Sumatran rhino. The species’ population was historically decimated by poaching and habitat loss, but the main threat today is the low birth rate as a result of habitat fragmentation, which means individual males and females in the wild are less likely to encounter each other and mate.

In 2017, the Indonesian government developed an emergency action plan for Sumatran rhinos, which includes increasing protection of rhino habitats, surveying the remaining wild population, and capturing those individuals with reproductive potential and moving them to captive-breeding and research facilities such as Way Kambas in Sumatra and Kelian in Borneo. A third facility, in northern Sumatra, is currently being developed.

The Sumatran rhino is the smallest and hairiest of the rhino species, the last descendant of the long-extinct woolly rhino (Coelodonta antiquitatis). It’s also a key ecosystem engineer, spreading seeds and pruning vegetation as it forages for food.