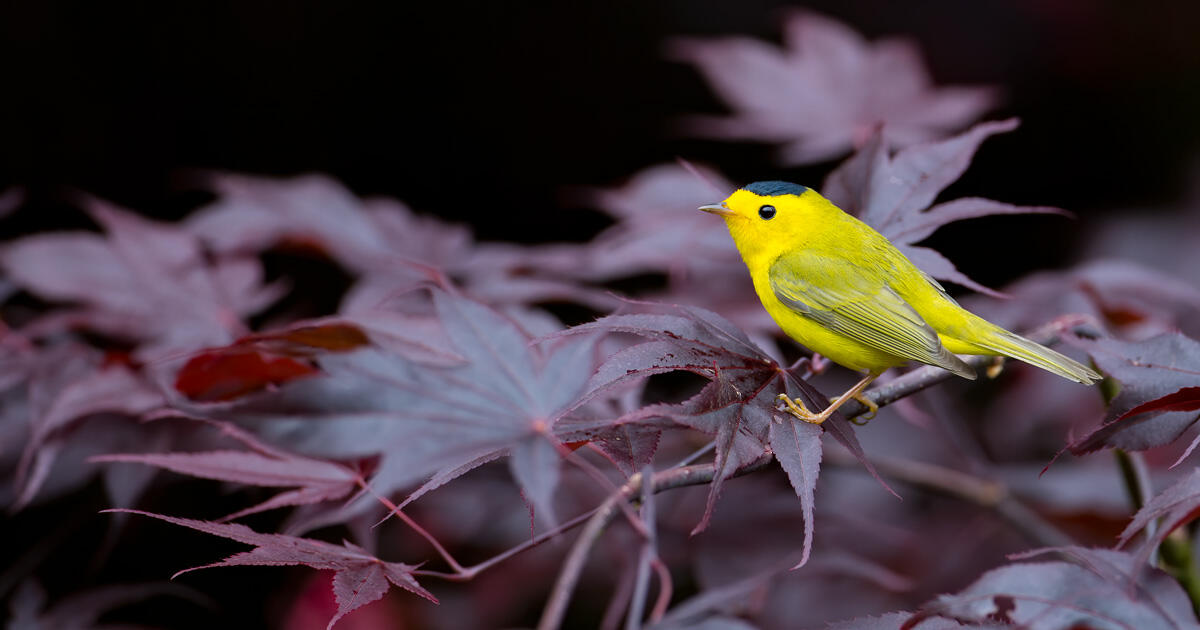 While tracking technology or the encounter of banded birds are often highlighted as ways to understand the movements of migratory birds, many birds are too small to carry tracking devices, and as .  Fortunately, there are other research techniques that provide similar insights. One example is using genetic information to reveal patterns of migratory connectivity across the hemisphere, and the Bird Genoscape Project is leading the way.

In 2009, Dr. Kristen Ruegg and Dr. Thomas Smith developed a method similar to those used in genetic ancestry tests that are now widely available to people. Researchers begin by developing a map of how genetic variation is distributed across the breeding range of a species – this map is what is referred to as the “genoscape.”  Once this map is complete, they then use feathers or blood samples collected from birds on the non-breeding grounds and use the genoscape to identify where those birds breed. These connections allow the team to build maps of migratory connectivity.

Migratory connectivity measures the degree to which birds that nest in different areas of the breeding range migrate to different places for the non-breeding season. Strong migratory connectivity results when birds in one population of the species’ breeding range migrate to the same wintering area, while weak connectivity results when individuals of a breeding population travel to different wintering areas and mix with individuals from different breeding populations. These patterns are important, because when birds exhibit strong connectivity, the different populations of the species may be consistently exposed to threats and stresses, putting an entire population at risk. Understanding these patterns is a critical step toward developing conservation strategies that protect migratory birds throughout the entire year.

Ruegg and Smith’s work started with Wilson’s Warblers, which at only 5 to 10 grams are one of the smallest North American migratory birds. Using the genoscape method, the team identified new migratory routes and patterns of migration timing along the Pacific Flyway for Wilson’s Warblers. They next tackled the Yellow Warbler.  Their genetic approach allowed them to identify subgroups of the population with informing conservationists where their investments can have the greatest impact.

The Bird Genoscape Project is radically different from most tracking studies, in which tracking devices are attached to birds in North America with little or no interactions with the wildlife biologists in Latin America, where the birds spend the non-breeding season.  In contrast, the Bird Genoscape Project depends on strong partnerships with wildlife biologists across the entire hemisphere, who collect and share the samples from the non-breeding grounds upon which this technique depends. “We’ve partnered with the Institute for Bird Populations and their network of local biologists throughout Latin America which fall under the umbrella of the MoSI network to collect samples.  In exchange for their participation, we provide them with an understanding of where the birds they study breed in North America,” explains Dr. Kristen Ruegg.

As a partner on the Bird Migration Explorer, the Bird Genoscape Project has contributed data that show connections between breeding and wintering locations. Together with banding and tracking data, these genetic connections can be explored to better understand how migratory birds move across the hemisphere. “The work that the Bird Genoscape Project has done is revolutionizing how we understand the full annual cycle of migratory birds,” says Dr. Jill Deppe, Senior Director of Audubon’s Migratory Bird Initiative, “with just a feather or small blood sample taken on the wintering grounds, we learn more about where that individual breeds and winters and the genetic drivers of how birds respond to environmental change.”

Today, the Bird Genoscape Project has set the goal of mapping connectivity for 100 species of migratory birds. This information is informing where and how we invest our conservation efforts to have the biggest impact on protecting the places migratory birds rely on throughout the year.