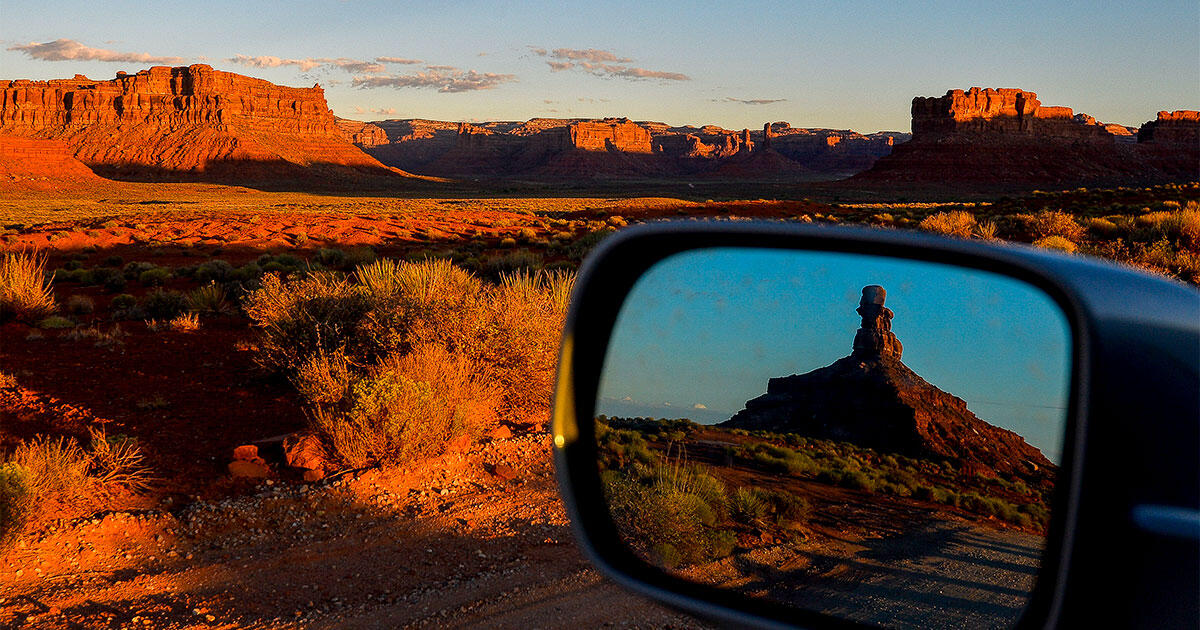 The first two months of President Joe Biden’s administration gave environmental and climate justice advocates plenty of reason to exhale. That Biden even considers environmental justice as an issue worth addressing is a marked change from his predecessor.

But as significant as these early moves have been, there’s plenty of work to be done to address the many environmental injustices that remain, advocates say. Indigenous communities are only beginning to gain some of the power they’ve long been denied, for example, and people of color are still bearing disproportionate harms from pollution and climate change, as has been the case for decades.

“A lot of what Joe Biden has done since he’s been in office is roll back the actions made by Donald Trump, which is, of course, a necessary and valuable thing to do,” says Artemisio Romero y Carver, an activist with Youth United for Climate Crisis Action. “But we’ve still yet to see Biden’s clear vision for a future beyond just negation of what Trump has done.”

Looking forward, Biden has laid a framework for infusing pro-environment and public health actions into everything from his reported $3 trillion infrastructure plan to a new working group for calculating the social costs of greenhouse gases—measures that could prove monumental if they pass Congress.

While Biden and Harris are only a little more than two months into their term, taking stock of what they’ve done so far provides some optimism for the future of environmental justice in the U.S. Here’s a closer look at some of the administration’s early reforms, what they mean, and what’s still up in the air.

Bears Ears National Monument in Utah—along with Grand Staircase-Escalante and other monuments—was famously slashed in size under the Trump administration. It was all but assured that Biden would take some kind of action on restoring Bears Ears—a monument established by the Obama Administration during Biden’s Vice Presidency—once he took office.

Biden could have invoked the Antiquities Act through executive order and reinstated Bears Ears to its original size, once again protecting over 1.3 million acres of sacred tribal lands from drilling and mining, among other threats. But he opted for a different approach, launching a 60-day review of the monuments that will guide future decision making. That report is due by March 21.  Haaland is expected to visit the monuments in April and make recommendations after that.

For Patrick Gonzales-Rogers, executive director of the Bears Ears Inter-Tribal Coalition, the move tempered worries, but was only a step toward the goal of permanent protections for the region. “There was some form of relief, “ he says. “Not for the 60-day review, but that we are dealing with an administration that was much more cordial.”

The president’s decision to engage in the review is widely seen as an effort to eventually bake any changes—including reversing Trump’s order or even further expanding Bears Ears—into law, offering sturdier reforms. Executive orders, on the other hand, are subject to changing political tides, as proven by the swift undoing of many Trump orders. If a new administration were to take over again in four years, it, too, could reverse environmental executive orders with the stroke of a pen.

Because of this, Biden also chose to study Trump’s order allowing commercial fishing in the Northeast Canyons and Seamounts Marine National Monument, rather than simply reinstating Obama-era restrictions. His strategy might prove prescient, too: Last week the Supreme Court, in a ruling striking down an effort to reverse President Obama’s creation of the marine monument, invited stronger legal challenges to the use of the Antiquities Act.

The Biden administration is also performing a review on oil and gas development on public lands during its temporary lease pause. But the pause, while largely celebrated by advocates, was not the leasing ban on federal land that Biden promised during his campaign—though at the time it was unknown whether that would even be legal. Instead, he first chose to launch a “rigorous review of all existing leasing and permitting practices related to fossil fuel development on public lands and waters, and identify steps that can be taken to double renewable energy production from offshore wind by 2030.”

The fact that the administration approved more than 30 existing permits during Biden’s first days despite the ban and with little explanation has raised questions over the administration’s dedication to reducing the leasing program. Still, even if there was a full-on halt or reduction in new federal drilling permits, the oil and gas industries have already collected a “war chest” of permits, Marketwatch reports, setting them up for continued extraction despite Biden’s recent endeavor to rein them in. In addition, the watchdog group Accountable.US notes that less than a quarter of the nation’s oil production occurs on federal lands today.

While Biden’s moves to rejoin the Paris Accords or halt drilling in the Arctic National Wildlife Refuge have captured significant attention, a less splashy action could wind up having more profound impacts. The establishment of two White House councils focused on bolstering environmental justice monitoring and enforcement could have a profound impact on marginalized communities, according to Julius Redd, a Washington, D.C.-based attorney specializing in environmental justice issues.

This move could alter corporate behavior, Redd says, by letting business leaders know federal authorities are eyeing them for potential violations. “If corporations know that there are these prosecutorial agencies out there that have prosecutorial discretion to bring enforcement cases,” he says, “that’s a pretty big incentive to alter your behavior and ensure you are considering the ramifications of your actions on communities in which you operate.”

An analysis from the Institute for Policy Integrity says a reformed version of the order could help force federal agencies to consider how their regulatory policies may be disproportionately harming low-income and minority communities, while providing a legal framework for enforcing more equitable policies on pollutants including greenhouse gases.

“[A]round the United States, low-income and minority communities have the least available resources to adapt to sea-level rise and extreme weather events; feel the burdens of climate change-induced increases in food and energy prices more acutely; and have the greatest vulnerability to heat stress and disease vectors that will be exacerbated by climate change,” the report’s authors note.

Historically disadvantaged frontline communities could get direct investments from the federal government as part of Biden’s order, too. It tasks a team of environment and climate officials with delivering recommendations on how to send 40 percent of new clean energy economy investments to those places.

The executive order doesn’t include a dollar amount, but it does instruct officials including the Director of the Office of Management and Budget to focus on providing affordable housing and clean water infrastructure, among other things, to disadvantaged communities.

In early March, Michael Regan was confirmed as the new director of the Environmental Protection Agency—making him the first Black man to hold that office. Regan easily passed Senate confirmation after Biden nominated him, securing the votes of every Democrat and 16 Republicans.

Regan comes to the EPA from North Carolina, where he was the state’s top environment official following a lengthy career in environmental advocacy and regulation. In his first speech as EPA chief, Regan said environmental justice will be a critical part of his time in office.

“Every person in the United States has the right to clean air, clean water and a healthier life no matter how much money they have in their pockets, the color of their skin or their zip code,” Regan said, per Bloomberg reporting. “Yet too many Black, Indigenous, Latinx and other people of color bear the highest burden of pollution.”

In addition to Regan’s nomination, Biden nominated Deb Haaland to be the next Secretary of the Interior. That in itself was a win for environmental justice, advocates say. The former New Mexico congresswoman was also confirmed in March, making her the first Native American to hold a U.S Cabinet secretary department—and the first Native person to lead the department in charge of Indian affairs.

“Her perspective as an Indigenous woman, it’s super important to shift paradigms from white patriarchal thinking into a more indigenous perspective and worldview, which I think is exactly what we need to come up with solutions to mitigate climate change,” says Julia Bernal, an organizer with Build Back Fossil Free and the New Mexico-based Pueblo Action Alliance.

Under Trump, legally mandated consultation with tribes was minimal. And historically, Bernal says, it has amounted to “listening sessions” without much impact. The Biden administration appears to be starting on a better foot than its predecessor, at least. In a memo during his first days, Biden said he’d make “regular, meaningful, and robust consultation with Tribal Nations cornerstones of Federal Indian policy.” Those meetings began earlier this month.

Bernal, who’s from the Sandia Pueblo, says Haaland has long-standing relationships with Puebloan leaders in the Southwest. “To me, she’s already done more consultation with tribes than the whole Department of the Interior [has historically],” Bernal says. Native Americans have long mistrusted the Interior, the federal agency that has managed the U.S. government’s relationship with tribal nations since the 1800s—a history that included forced displacement onto reservations, and assimilation programs such as the Bureau of Indian Affairs’ notoriously abusive boarding schools.

Moving forward, inadequate government consultation with tribes must stop, she says, and the government needs to treat tribes as sovereign nations that get an equal say in what happens to their land. And any environmental justice gains must come along with decriminalization of people of color, Bernal says, who are more often targeted by law enforcement during protests and through their activism.

“People like me and other Indigenous frontline people who are speaking out against industry are essentially putting targets on our back; we’re targeted by the police,” she says. “And that’s something that needs to be addressed within the federal conversation around environmental justice.