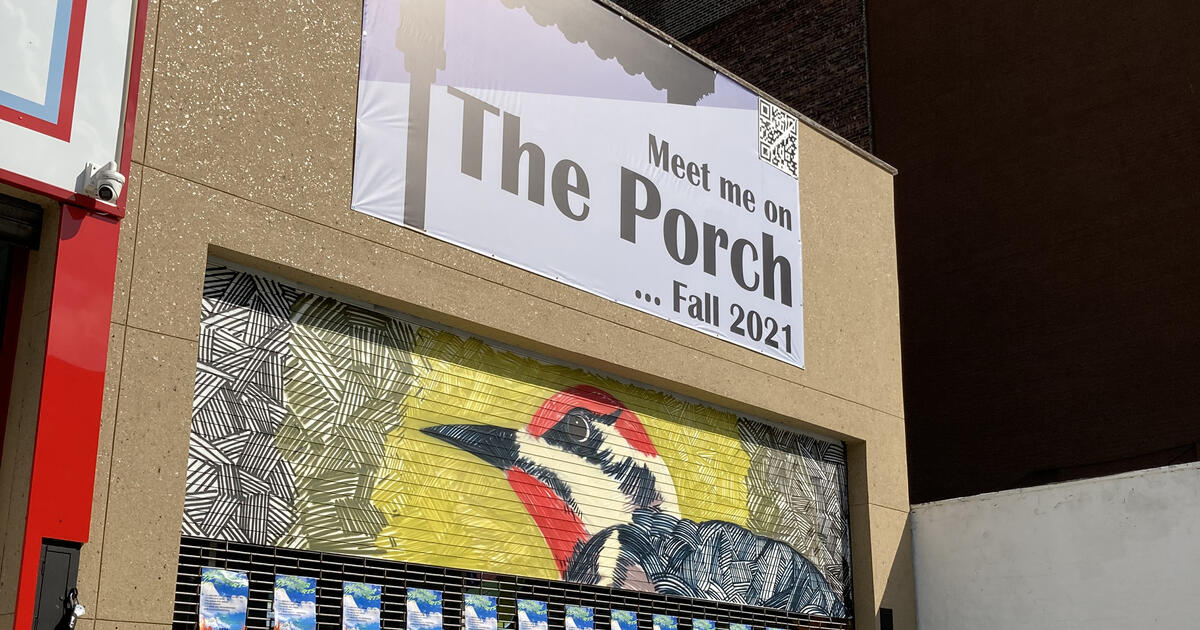 Sponsored by: The Porch

About the Bird: The Red-naped Sapsucker’s name offers a handy ID on multiple counts. Sporting a flashy red throat patch, the bird drills tiny holes in tree bark and feeds on the sap that oozes out—as well as insects and berries that may be nearby. Although currently widespread across the Western United States in all seasons, the Red-Naped Sapsucker will likely be pushed out of all but a few pockets of the Rockies and Great Basin during summer if the global temperature continues to rise by 3°C by the end of the century—a loss of 74 percent of the bird’s breeding range. Cutting warming in half would retain significant habitat in Montana, Colorado, and other states.

About the Artist: James Alicea, who paints under the name BlusterOne, was born and raised in the Lower East Side of NYC, where graffiti scrawls, primal lettering, and colorful murals first sparked his interest in art. His ability to manipulate letter forms and execute simple line drawings in his compositions comes directly from watching Sesame Street, Electric Company, and ZOOM—three dynamic children’s shows whose objective was to teach the alphabet, numbers, and grammar through music and art. As an original member of The Barnstormers painting collective, Bluster’s work has been shown in New York, North Carolina, Japan, and Puerto Rico. He also cofounded PNB Nation, one of the earliest fashion streetwear brands of the ‘90s. Bluster’s recent work combines a limited color palette of black and orange with detailed images of melting letters and other iconography, pulling viewers’ eyes across the picture plane to bear witness to a world he has termed: GoodStrange.