President Biden Uses His First 100 Days to Protect the Ocean 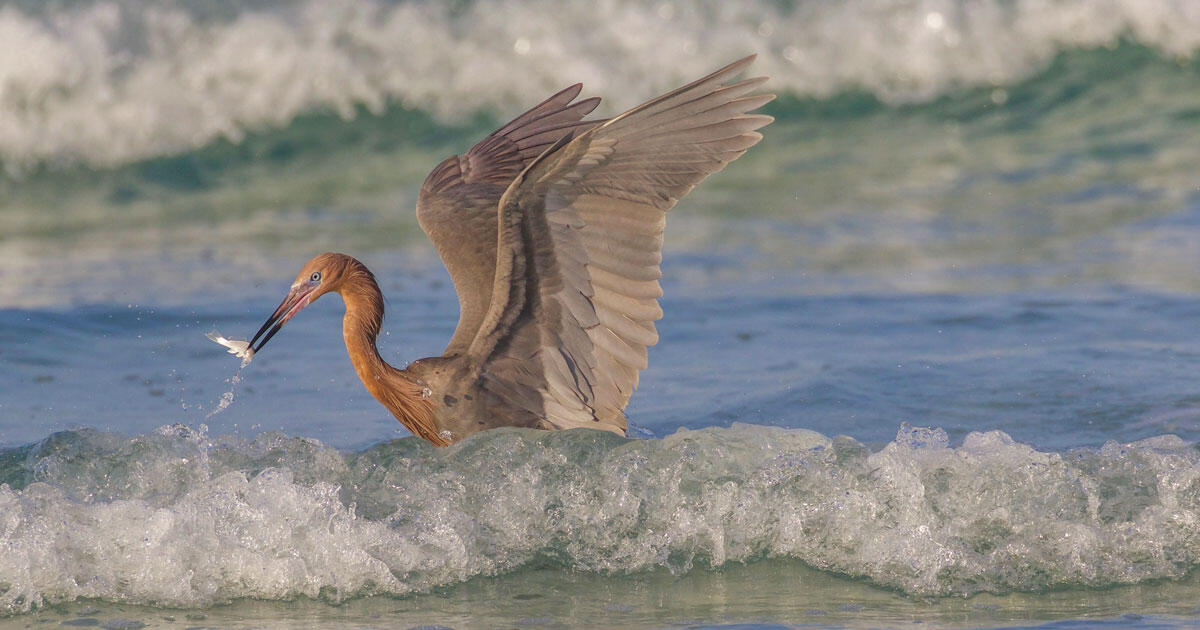 Last week, Pres. Biden reached a milestone—on April 28, he completed his first 100 days in office. While rolling out 200 million vaccines and stimulating our economy amidst a global pandemic, President Biden also made a strong commitment to climate and ocean conservation. The actions in his first 100 days will protect birds and people on our coasts from the effects of climate change.

Around the country, increasing flood risks are disproportionately affect low-income communities and communities of color, which, as a result of racist housing policies like redlining, are often located in low-lying flood-prone areas and near polluting facilities like ports or oil refineries. President Biden has also taken initial steps to confront these environmental injustices and ensure everyone has a safe place to live and their communities’ needs are being heard and addressed.

Executive Order on Tackling the Climate Crisis at Home and Abroad

Science—and birds—tell us that we have to take bold action on climate before it’s too late. On January 27, a week before Pres. Biden’s inauguration, he used his executive power to meet a critical moment in our history. This executive order not only promoted solutions to the climate crisis (rejoining the Paris Agreement, setting a U.S. target for a 50-percent reduction in greenhouse gases by 2030, and much more) but also committed to protecting our ocean resources.

President Biden committed to protect 30 percent of U.S. lands and waters by 2030, with vast input from critical stakeholders. These actions are important because seabirds need safe places in the ocean to feed and rest, as well as a reliable source of food for their survival. For seabirds specifically, climate change threatens every step of their life cycle. Sea-level rise drowns their nesting islands, while ocean warming makes it harder for them to find their prey—small, schooling fish known as forage fish. While ocean acidification and warming is still present in protected areas, these areas help maintain seabird and other wildlife populations by offering a refuge free from other harmful threats.

He also directed the National Oceanic and Atmospheric Administration (NOAA) to collect input on how to make fisheries more resilient to climate change. As oceans warm due to climate impacts, forage fish populations are moving deeper and further away to find colder waters in the ocean. As fish populations move, seabirds need to travel further and expend more energy to find their food, oftentimes expelling more energy than the food would provide. Making our fisheries more resilient to these climate-driven shifts will help seabirds survive and thrive.

In March 29, Pres. Biden set a goal of 30 gigawatts of renewable energy production from offshore wind by 2030. Offshore wind is a critical tool to reverse the climate crisis, and as long as these projects are responsibly sited to avoid and minimize impacts to birds and critical habitat like seagrass, these projects will help us fight climate change. In addition to setting this goal, Pres. Biden advanced Vineyard Wind, the nation’s first large-scale offshore wind farm off the coast of Massachusetts. Audubon successfully advocated for certain provisions in this project to ensure its impact to birds is minimal.

Pres. Biden set out to restore national monuments that had been rolled back by the previous administration, including the Northeast Canyons and Marine National Monument—the only marine national monument on the Atlantic Coast, and an important place for seabirds like Atlantic Puffins.

Last year, the Trump Administration opened the monument up to commercial fishing, which could be detrimental not only to the unique underwater canyons this monument protects, but also to the seabirds that use this monument as their winter home. Audubon’s Seabird Institute found that Atlantic Puffins journey from their nesting areas on the coast of Maine to this monument every winter to stock up on an abundance of forage fish in the monument’s waters.

We hope that the Department of Interior advises Pres. Biden to reinstate protections for this critically important marine national monument.

Investments in Ocean and Climate Science: The President’s Budget

Every year, the President releases a budget to advise Congress on how to allocate government funding known as the appropriations process. Pres. Biden’s budget included a record budget for NOAA at $6.9 billion, 50-percent more than the last administration’s budget proposal. NOAA works to protect our ocean resources and promote climate research, so this increase would bring a big boost to ocean conservation.

Pres. Biden is also advocating for funding to protect and restore coastal habitat to increase coastal resilience to sea-level rise, hurricanes, and other climate impacts. Coastal ecosystems  like wetlands, eelgrass, and barrier islands serve as our nation’s natural infrastructure, providing habitat for birds and a first line of defense for coastal communities facing more intense storms and sea-level rise. By directing funding to restore our coast, humans will be better protected while birds reap the benefits of more and higher quality habitat.

To address the impact of polluting and extractive industries Pres. Biden has established a White House interagency council on environmental justice and a working group to help communities transition away from fossil fuels, and called on polluting industries, including offshore oil and gas drilling, to pay for environmental cleanup and no longer benefit from preferential tax treatment. He has also proposed major investments to upgrade ports, including a healthy ports program to ensure that neighborhoods near ports—often historically underserved communities—have clean air and water. And to ensure that communities have a voice in federal processes, he has strengthened Tribal consultation for federal policies, including ocean conservation and fisheries management policies, and asked a court to remand Trump’s rollbacks to the National Environmental Policy Act, the law that gives communities a voice in federal permitting process.