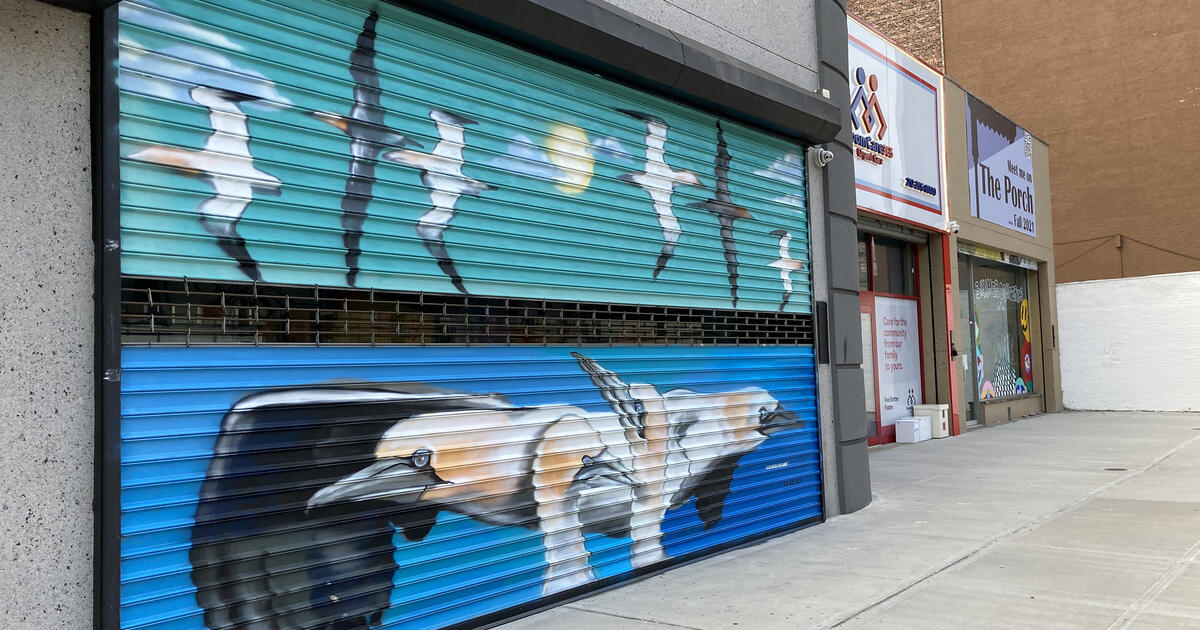 About the Bird: Populations of Northern Gannet, one of the largest seabirds of the North Atlantic, have bounced back after severe egg harvesting in the 19th century. The bird hunts by plunging headfirst into the water, sometimes from more than 100 feet, and taking fish with its spear-like bill. (It’s also not above stealing fish from other birds or eating offal from fishing boats.) Climate change is poised to reverse its comeback, however: At the current pace of three degrees of warming, the species will lose 70 percent of its breeding habitat along the coast, including all of its U.S. range. Keeping warming to 1.5 degrees will cut that loss in half.

About the Artist: Born and raised in Harlem, Marthalicia Matarrita studied fine art at the State University of New York at New Paltz. Matarrita is well known in the New York City street art scene, painting murals around the city and participating in many live art performances.