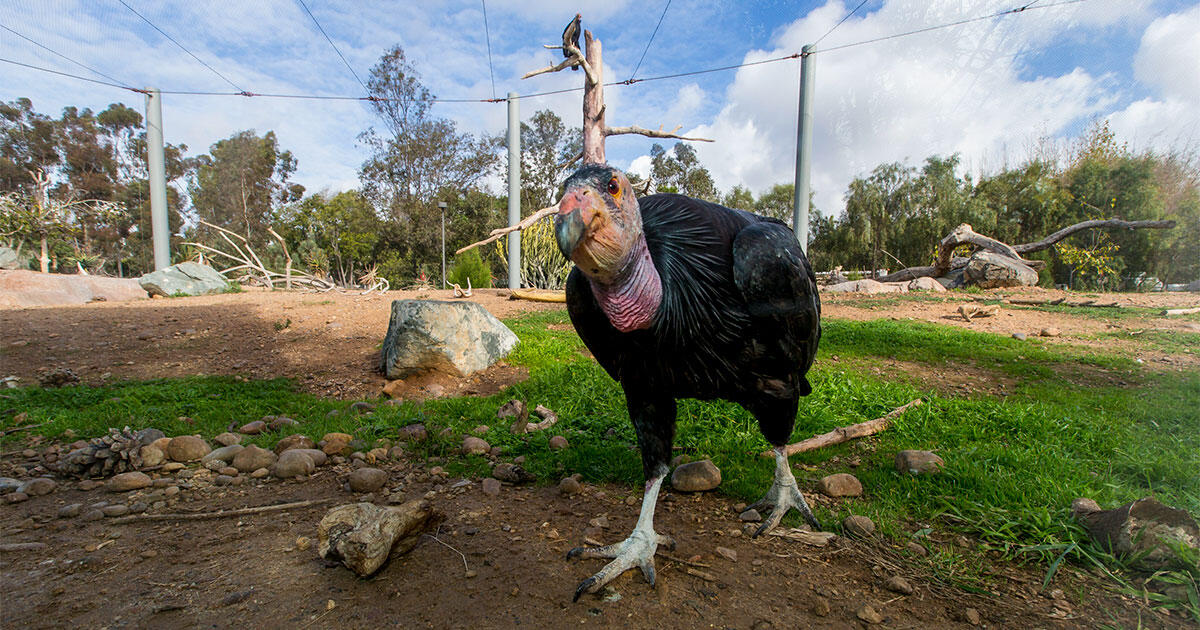 California Condors are creatures of superlatives. They’re North America’s largest bird, one of its longest-lived, and among its most endangered.

Last week, researchers affiliated with the San Diego Zoo announced that condors are special in another way. In a study published in The Journal of Heredity, they revealed genetic data that proved two of the zoo’s condors, since deceased, were born through parthenogenesis. Parthenogenesis is a rare occurance, more common in lizards, in which a female reproduces by herself without the help of a male mate; in other words, a condor egg grew up into a chick without being fertilized. It was a first for the species, and one of only a handful of known instances of the phenomenon in birds.

“We weren’t looking for it,” says Oliver Ryder, director of conservation genetics at San Diego Zoo Wildlife Alliance and lead author on the paper. “The finding came as a complete surprise.”

This discovery isn’t just completely unexpected: It’s also a sign that occasional parthenogenesis might be more widespread through the reptile family tree than previously thought, even into the realm of relatives like dinosaurs and birds. It likewise extends our knowledge of the sorts of reproductive tricks that birds are capable of.

Nobody was searching for parthenogenesis in condors. The San Diego Zoo had other priorities: recovering the endangered species. By 1982 a perilous combination of poaching, habitat destruction, and lead pollution had caused condor populations to crash to an all-time low of 23 birds. In 1987 the U.S. Fish and Wildlife Service captured the remaining birds and worked with zoos, including the San Diego Zoo, to launch an intensive program of breeding and reintroductions. Part of that work entails the careful pairing of condors for mating; the raising of chicks; and, when all goes well, the release of birds into the wild. By the end of 2019, Ryder says, the breeding programs had increased the condor population to 525 birds: 219 in captivity and the rest released to fly free over the Southwest.

Keeping the condor population genetically healthy is paramount for preserving the species. One of the zoo’s main tasks is carefully tracking the condors’ family tree to make sure they don’t accidentally inbreed relatives. To do so, they’ve built a massive database of the entire species’ genetics, generated from blood samples going back to the mid-1980s. “The detailed information we have about condors is unusual,” Ryder says. “It’s an intensively monitored bird population.”

The only possibility, they surmised, was that the condors had reproduced asexually.

This database led them to their reproductive discovery. In 2013 Ryder’s team undertook an inventory of the entire species. “We decided to confirm all of the pedigree relationships for around 900 birds,” Ryder says. Two birds stood out. “They glaringly didn’t match up.” The birds—males that had been born in 2001 and 2009—had both died without reproducing; one died after two years, the other after eight. Both had their mothers’ genetic fingerprint, but did not match those females’ longtime male mates. Nor, as the team was shocked to discover, did they match any other living male condor.

The only possibility, they surmised, was that the birds had reproduced asexually. In that case, condors created solely from their moms, with no help from fertilizing dads, had been hidden in the zoo population all along.

Parthenogenesis is unusual in birds, but it does happen. The first reported instance occurred among pigeons in 1924, and has since been noted in a few additional species: chicken, quail, zebra finches, and turkeys, all birds that humans intensively surveil. The discovery gives bird researchers an interesting theory to test: “Are there other birds out there that are occasionally parthenogenetically producing chicks?” Ryder asks.

Reshma Ramachandran, a researcher at Mississippi State University who works on bird parthenogenesis, thinks it’s possible. Pigeons, zebra finches and chickens—and now condors—come from distinct bird families, she points out, which suggests the behavior could be considerably more widespread. “There’s no real answer as to why a population might show parthenogenesis, but I’m certain that there’s other instances of parthenogenesis we’re missing,” she says. “I think the percentage of birds with it will go way higher.”

The condor discovery is especially surprising because parthenogenesis is usually seen in birds that have no access to mates, Ramachandran says.  Both female condors who reproduced on their own had successfully bred with their assigned males multiple times on other occasions. One of them was paired with the same male for 20 years, produced 23 chicks with him via the usual sexual method, and bred normally twice after producing her parthenogenetic chick in 2009. Why the parthenogenesis, then? At present, there’s no way to know.

Finding parthenogenesis in condors also raises the question of how far back the phenomenon could be traced in the bird family tree—possibly back to dinosaurs, their shared ancestor with reptiles. Parthenogenesis is a well-established trait in some reptiles. Such babies, called parthenotes, make up the majority of some lizard species: New Mexico whiptails and tiny mourning geckos are made up entirely of all-female lineages. In other reptiles, like copperhead snakes and komodo dragons, it happens only occasionally among specific individuals.

We don’t know—and can likely never know—whether non-bird dinosaurs were capable of parthenogenesis, says Darla Zelenitsky, who studies dinosaur reproduction at the University of Calgary, because the genetic evidence needed to test such a hypothesis doesn’t fossilize. If this style of reproduction turns out to be widespread among living birds, “that could indicate parthenogenesis existed in the extinct common ancestor,” Zelenitsky says, “an ancestor that would have evolved tens of millions of years ago.” Alternatively, if examples remain limited to a few bird species, that would suggest the adaptation evolved independently.

While novel, the practical implications of this find are limited. Researchers can’t just stick a female condor in a room and hope it will reproduce itself, after all. Even if one did, it might not help conserve species in the long term because parthenotes don’t often develop successfully. They tend to be sterile and unable to produce their own offspring, and aren’t always healthy. In the case of the immaculately conceived condors, researchers had paired the longer-lived chick with a female to see whether they would produce offspring, to no avail.

Still, Ryder says, never say never. The discovery is a reminder that birds, for all their feathers, still have some things in common with other reptiles—and that even intensively studied species can still surprise us.