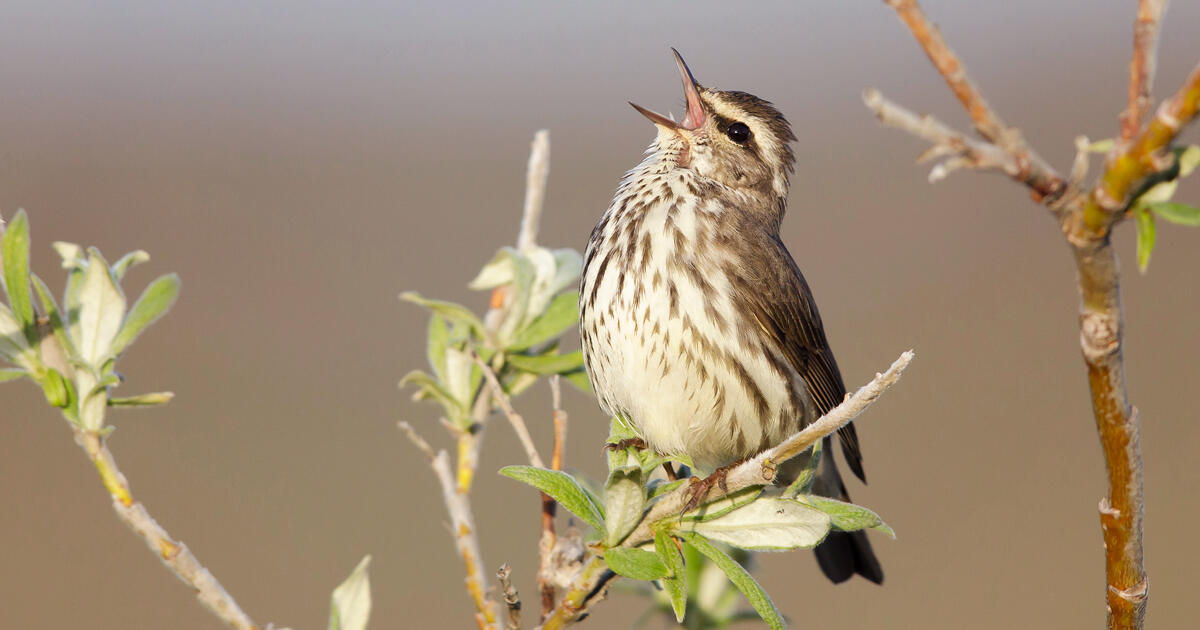 That dynamic juxtaposition of water and land that defines coasts also means that they are typically places of high ecological productivity. Birds, like so many other living things, rely on the richness of life along our coasts for survival. Sandpipers and plovers, ducks and geese, herons and egrets, terns and gulls, and songbirds of every kind—come together in special coastal places, sometimes in the millions, to feed during migration and to nest and raise their young.

Yet coastal habitats across the world are also some of the most at-risk systems because humans too are attracted to coasts and what they offer.

Mangrove forests in the Bay of Panama compose one of the most important sites for migratory shorebirds in the Americas, with over 2.5 million birds utilizing the area annually alongside over 200 resident bird species. Mangrove forests are special and unique. Their roots are in the water and their stems are often interwoven into a complicated tangle under the cooling shade of their green canopies. Under the water of a mangrove forest is a nursery for marine fish and invertebrates while above the water are insects and spiders and lizards and snakes. And, of course, birds.

In migration and during the season of the northern winter, the bird communities of mangrove forests include many familiar North American migrants. One of the most mangrove-loving bird species is the Northern Waterthrush whose loud “chink” calls are often heard emanating from the tangle of a mangrove forest in places like the Bay of Panama. In summer, Northern Waterthrushes are birds of tangled wet northern woodlands, especially Boreal Forest woodlands, near water. In fact, more than half of the world’s Northern Waterthrushes breed in the Boreal Forest of Canada and Alaska.

As it turns out, these two habitats – the coastal mangrove forest of Panama and the Boreal Forest of Canada – not only provide resources to the migratory birds we love, but also provide huge opportunities for mitigating climate change.

Globally, mangroves are estimated to provide at least US$1.6 billion each year in ecosystem services that capture carbon, support coastal livelihoods and communities around the world. Historically, in Panama, the ecosystem services provided by mangroves and related wetlands have rarely been quantified in economic terms and their importance is not communicated to decision makers or to the general public. This has resulted in a lack of awareness and appreciation, and decision-making based on an incomplete assessment of ecosystem value. Thus, the value of Panama’s mangroves has often been reduced to conversion for commercial development.

In order to counteract further habitat losses, Audubon Americas is working with key partners, like the Inter-American Development Bank and local partner Panama Audubon Society, to make the business case for nature-based solutions in Panama – and beyond. In recognition that coastal development pressure is inevitable, we are working to ensure that development needs can be met, without losing the many benefits that intact coastal ecosystems provide.

Nature-based solutions have a number of known benefits, including a reduction in capital investment, reduced operation costs, avoided losses due to increased coastal resilience, among many other co-benefits like improved livelihoods and biodiversity conservation. Audubon’s work in Panama is focused on measuring the carbon reduction, climate-change mitigation and biodiversity benefits of protecting coastal mangroves – all to make the case that maintaining the health of coastal ecosystems is a cost-effective strategy for climate adaptation.

And there’s no doubt that protecting mangroves is good for birds.

Nature-based solutions are also needed on the Boreal Forest breeding grounds for birds like the Northern Waterthrush that rely on mangrove forests in winter. The Boreal Forest is one of the world’s largest carbon banks, holding thousands of years of accumulated carbon in its soils, peatlands, and in the forested wetlands that are the summer home for Northern Waterthrushes and billions of other birds. Keeping those habitats intact and that carbon in the bank is critically important and finding ways to do so is a nature-based solution that Canada and the U.S. should make a priority.

Fortunately, Indigenous governments across the Boreal Forest region in Canada are leading the way in conservation through proposals for Indigenous Protected and Conserved Areas and development of Indigenous Guardians programs to steward the lands they call home. And Canada’s federal government has pledged to increase funding for Indigenous Protected and Conserved Area proposal development and Indigenous Guardians programs. Audubon’s Boreal Conservation initiative is striving to be a key ally in support of all these efforts through a focus on communications, science, and collaboration.

Whether it is mangrove forests in Panama or Boreal Forests in Canada and Alaska, nature-based solutions which result in the protection of intact habitat are good for climate, birds, and people!