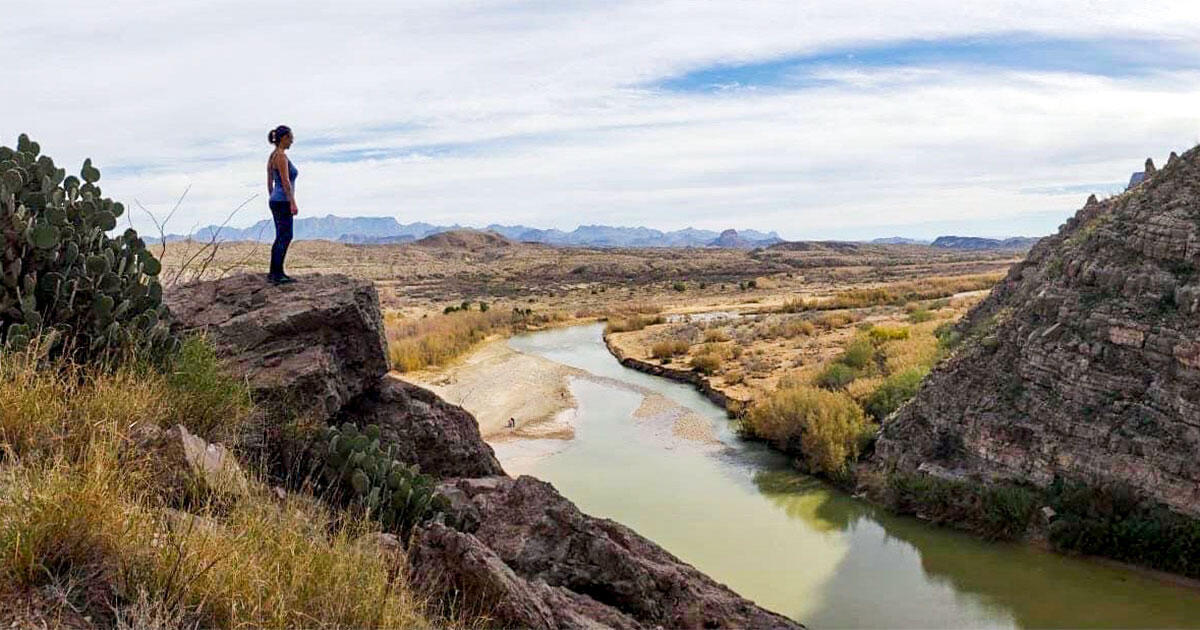 Last February, Tiffany Kersten climbed the Sandia Mountains east of Albuquerque in her blue Chevy Spark. At some 10,000 feet, she set up her spotting scope along Sandia Crest, where bird feeders provide a rare opportunity to see Black, Brown-capped, and Gray-crowned Rosy-Finches together in one spot. The air was cold and thin, but that wasn’t why Kersten soon found herself struggling to breathe.

As she peered through her scope trained on the feeders, a pickup truck pulled up and two men got out, dressed in jeans and tennis shoes despite the snow.

Kersten suddenly found herself alone on a mountaintop with two strangers and no cell service. The men wandered about, and one lit a cigarette. “I was having a full-blown panic attack at this point,” recalls Kersten, a survivor of sexual assault. Finally, after a few minutes that seemed to her like centuries, the men drove off.

Kersten was at Sandia Crest as part of what birders call a Big Year. Early in 2021 she set a goal of seeing 700 species across the contiguous United States. She blew past that milestone in October and went on to break the previous Big Year record for the Lower 48.

But the anxiety Kersten felt on the mountaintop gave weight to her larger mission for the Big Year and beyond: making the outdoors safer for women. While chasing rare birds and local specialties across the country, she handed out hundreds of personal safety alarms to women she met along the way and urged the birding community—through speaking engagements, one-on-one conversations, and online—to acknowledge and address the threats women face in pursuit of their passion.

Kersten is under no illusion that the alarms themselves will solve the problem, but she hopes that her larger effort can help create change. “I don’t have all the answers,” she writes on the blog where she’s been dutifully detailing her adventures. “But I do believe I can help by being the vector through which tough conversations can be had and shared. It is a responsibility of us all—men and women alike—to change the narrative here, to create a safe, welcoming place for all in this community.”

Data on women’s safety in birding and the outdoors is scant, but two-thirds of the more than 2,000 women Outside magazine surveyed in 2017 said they had felt unsafe, and 53 percent said they’d been sexually harassed, during outdoor recreation. Men and the threat of harassment or assault topped the list of safety concerns among respondents, far surpassing the next-biggest fear: bears. A separate 2018 survey of women climbers found that roughly half had been sexually harassed or assaulted while partaking in their sport.

“It’s important for us as women to listen to our intuition and just be aware of our surroundings whenever we’re in nature, especially alone,” Kersten explains. “But that can be really hard to do because when you’re birding, sometimes you’re so super-focused on the bird that you’re not quite paying attention to everything else that’s going on around you.”

As a female birder and assault survivor, Kersten emphasizes protecting women, but conversations about safety in the outdoors can also benefit other marginalized groups. “Safety is number one, because if you don’t feel safe you don’t go out there in the first place,” says Karla Noboa, president of the Feminist Bird Club, a volunteer group dedicated to providing safe and equitable access to the outdoors for those of all identities across sexuality, gender identity, ability, and more.

Kersten didn’t start 2021 with an ambitious project in mind. Last January, due to COVID-19, she had lost her job managing a nature center, and the gyms where she had been training for the American Ninja Warrior TV show were closed. So she took a spontaneous trip to Florida with a friend and saw 200 species, including some exceptionally rare strays like the Cuban Pewee and Red-legged Thrush. Back home in Texas she quickly picked up another 86 species. When she flushed some Scaled Quail on a February trip to Arizona, something clicked. Brimming with encouragement from friends, she decided to commit to a Big Year.

She had only just begun her new adventure when a Georgia writer published a detailed allegation that a prominent birder had raped her while they were birding together. The news jolted Kersten back to her own experience. While preparing to compete in the world’s largest archery tournament in Las Vegas three and a half years ago, Kersten says her coach assaulted her. “I left archery pretty much immediately after that,” she says. Now she wondered: “Am I putting myself in a situation where this could happen to me again?”

Despite her fear, she continued on, but decided she needed a mission greater than herself. A few days later, while she was seeking a Williamson’s Sapsucker in California, an ad for Birdie personal safety alarms popped up on her newsfeed. The alarms hook onto keys or bags and, when their circular tops are popped off, they flash a bright LED light and chirp loudly (hence the name). The company also gives a portion of its proceeds to organizations that support women’s empowerment.

Kersten immediately reached out to Birdie’s female owners who offered her a 50 percent discount on the alarms, which cost $30 each. A friend donated the money for her first 100 alarms, Kersten set up a GoFundMe page to help purchase another 200, and the bigger mission for her Birdie Big Year coalesced.

While getting to see rarities like a Yellow-faced Grassquit in Texas’s Estero Llano Grande State Park and a California Condor in Pinnacles National Park are undeniable highlights of the project, Kersten’s favorite memories are of giving away the alarms. One recipient, in tears, gave Kersten $50 so she could buy one for another woman. “There are a lot of reactions like that,” Kersten says. “It’s been a really powerful experience not only for me, but for a lot of other women.”

“It’s been a really powerful experience not only for me, but for a lot of other women.”

Jessica Gorzo is one of them. A longtime birder, Gorzo had connected with Kersten on social media before they met in October at New Jersey’s Cape May Fall Festival, where Kersten gave her one of the devices. “The alarm made me feel a lot better because I try to at least be vigilant when I’m alone in a remote place,” Gorzo says. “I’m really thankful that she came up with this and I think it’s going to make a world of difference.”

The Big Year has made a big difference in Kersten’s life, too. “I’ve just really gotten to know myself,” she says. “I’ve been able to move forward in a very conscious way. It has been just absolutely amazing for my healing from my assault.”

That’s not all she’s accomplished. On December 18, Kersten broke the previous Lower 48 Big Year record of 724 species, set in 2020 by Jeremy Dominguez. After all her travels, the bird that put her over the top was right in her home county in South Texas, at Santa Ana National Wildlife Refuge. And oh, what a bird: It was a Bat Falcon, the first one confirmed in this country. “I had a bunch of friends there, so I had to walk down the trail and cry a bit,” she recalls. “It was really emotional.” Although she missed the super-rare Steller’s Sea-Eagle that delighted birders in Massachusetts and Maine, she was able to add a Northern Lapwing to her list in New Jersey, ending the year with 726 species.

With 2021 freshly behind her, Kersten hopes to continue giving out the alarms as she moves into the next chapter of her life: officially launching her own bird guiding company in the male-dominated industry this month. “My hope with accomplishing the Big Year record and with starting my own company is to show women that there’s space for us here,” Kersten says. She’s found that women often have to create their own opportunities, rather than waiting for someone to hire them. “So,” she says, “let’s freaking start our own company.”