Meet Robert A. Gilbert, a Forgotten Figure Who Worked With One of America’s Most Famous Ornithologists 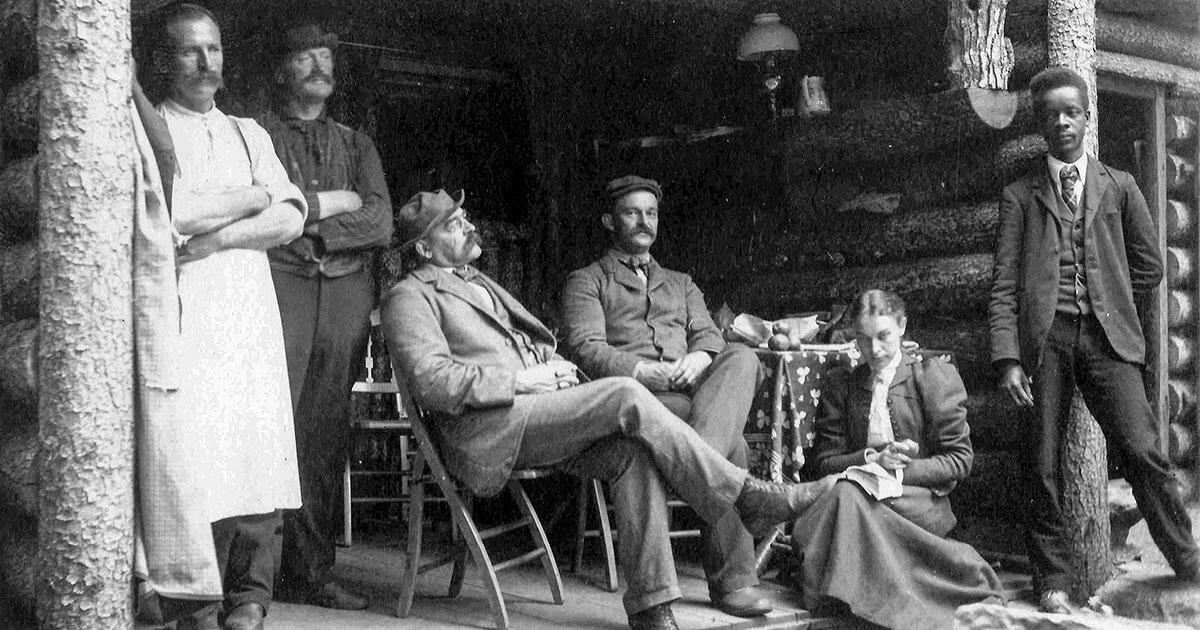 In the annals of American ornithology, William Brewster is an outsized figure. One of the cofounders of the American Ornithologists’ Union (AOU) in 1883, the first president of Massachusetts Audubon, and an early curator at Harvard’s Museum of Comparative Zoology, Brewster is known for spearheading the shift toward observing and documenting bird behavior in the wild rather than shooting birds for stuffing and study. Today, his accomplishments are immortalized by the AOU’s annual William Brewster Memorial Award, which honors the authors of “an exceptional body of work on birds of the Western Hemisphere” every year.

But hidden in the shadows of Brewster’s story is another man: Robert A. Gilbert, a Black man who is believed to have contributed greatly to Brewster’s work between 1896 and 1919. Unfortunately, as with countless other Black men and women of the time whose accomplishments have been overlooked, little is known about Gilbert. Most of the information that can be found about his life today comes from the book Looking for Mr. Gilbert: The Reimagined Life of an African American by John Hanson Mitchell. The book itself is an incomplete work due to a lack of sources, and Mitchell acknowledges as much while resorting to speculation to fill in the gaps in Gilbert’s story. (Unfortunately, his writing, while well-meaning, can also fall into some of the racist tropes that were all too common in the early 2000s, when the book was written.) Still, one thing the book makes clear is that even though the full details of his life may never be known, Gilbert’s story is worth bringing to light.

On paper, Gilbert and Brewster were nothing alike. Brewster was the son of a wealthy banker, the sole scion of a Boston Brahmin family that traced its roots to the Mayflower. Gilbert grew up poor outside of Lexington, Virginia, and made his way to Boston in search of a better life. But not long after Gilbert started working for Brewster in 1896—the same year Massachusetts Audubon was founded—the two became practically inseparable.

Gilbert, who started out stuffing birds for Brewster’s personal museum of ornithology, quickly went on to become Brewster’s valet, farm manager, field guide, and, crucially, collaborator and photographer. According to Mitchell, Gilbert is likely responsible for many of the more than 2,000 photographs attributed to Brewster that can be found in the Massachusetts Audubon archives today.

Gilbert was especially adept at identifying birds by their calls.

Gilbert accompanied Brewster almost everywhere. He could be reliably found alongside Brewster on expeditions into the wilds of New England, particularly in Concord, Massachusetts (the old stomping grounds of Henry David Thoreau) and Maine’s Lake Umbagog. Gilbert was especially adept at identifying birds by their calls, writes Mitchell, and was originally responsible for shooting birds to collect for Brewster’s museum. Later, the gun was replaced with a large, awkward camera with its glass plates and chemicals that Gilbert and Brewster used to document their travels.

Mitchell writes that Gilbert and Brewster developed markedly different photographic styles: Whereas Brewster was a relatively utilitarian photographer, favoring information over artistry, Gilbert “tended to work in the pictorialist style, soft focus, warm, favoring patterns.” Gilbert seemed to favor documenting the various moods and seasons of the Concord River, not far from Brewster’s October Farm. He probably also set up the few photographs in which he appears himself, alongside Brewster and his white companions.

In time, Gilbert and Brewster’s work became so intertwined that Gilbert began writing as Brewster himself—Mitchell thinks that portions of Brewster’s book, The Birds of the Lake Umbagog Region of Maine, were probably written entirely by Gilbert, based on observations made both alongside Brewster and on his own excursions into the field. Mitchell cites an obituary for Gilbert listing him as the coauthor of the book, but his name doesn’t appear in the book itself. An obituary from The Auk, the official journal of the AOS, does mention his role in the book, but it does call Gilbert a trusted assistant, “looking after innumerable details at his museum or his camp, doing everything from photographic work to preparing and serving meals, and always with a quiet dignity and devotion that never for a moment failed.”

The timelines of Gilbert’s marriage and his work with Brewster were oddly intertwined. Gilbert began working for Brewster in 1886, the same year he married his wife, Anna; both his wife and his employer died in 1919. Gilbert became, by Mitchell’s account, seemingly unmoored by the losses. For a while, Gilbert taught piano. Not long after that he began working at Harvard’s Museum of Comparative Zoology, thanks in part to a grant donated by Brewster upon his death, likely with the intention of creating a job for Gilbert.

In 1926, Gilbert seemed to disappear to Europe for a while—Paris or Stockholm, perhaps—hoping, Mitchell writes, to experience a life that was friendlier to people of color, and to sell a shoe-polish formula he’d developed. In 1931, he returned to Cambridge, to the house in Inman Square that he had bought in 1916 and his job at the museum, where he stayed until he died peacefully in the night of January 7, 1942, at age 72.

This story is part of an ongoing series that will highlight trailblazers in birding, conservation, and environmental history whose contributions were overlooked or underrecognized because of their identities or backgrounds. We welcome readers to submit suggestions or pitches future profiles. Please email them to [email protected], and put “History Series” in the subject line.