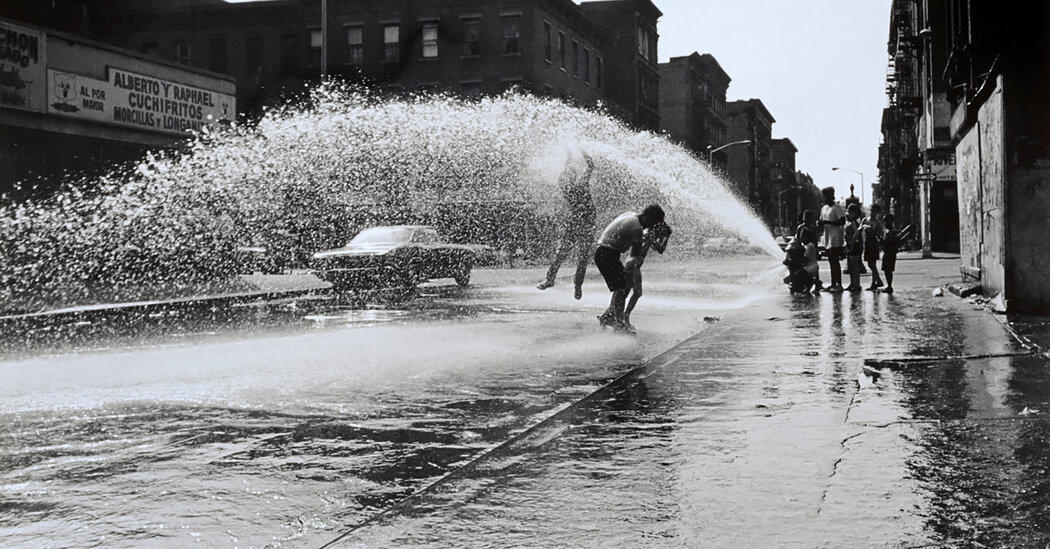 “Being naïve,” he said, “I felt that I could address all those negative issues.”

The Times in 2019 quoted him as saying: “When I documented, I was not doing it from the outside in, but from the inside out. I knew if I don’t take these images, we’re going to leave it to someone who doesn’t know the first goddamn thing about us, and they’re going to define everything there is to know about us.”

Mr. Maristany evolved into, as Sotheby’s put it last year, “one of the most prolific and consequential Latinx photographers of the latter half of the 20th century.”

Reviewing “Down These Mean Streets,” an exhibition at El Museo del Barrio in Manhattan inspired by the 1967 book of the same title by the Spanish Harlem author Piri Thomas, Holland Cotter wrote in The Times in 2018:

“Mr. Maristany works in a genre that blends documentary and portraiture. He sees what’s wrong in the immediate world he lives in — the poverty, the crowding — but also sees the creativity encouraged by having to make do, and the warmth generated by bodies living in close, affectionate proximity.”

Early on in his career he resolutely he said that he championed “dignity over fame,” meaning that he intended to retain control over his works. But his photographs were later showcased by the museum in the exhibitions “¡PRESENTE! The Young Lords in New York” in 2015; “Culture and the People” in 2019; and “Taller Boricua: A Political Print Shop in New York” in 2021, a display of prints supporting Puerto Rican independence and workers’ rights and denouncing imperialism, all produced by the hundreds, mostly in the 1970s, by activists from the Puerto Rican Workshop.

The workshop flourished largely at the same time as the Young Lords, whose savvy command of the media and theatrical public protests — in one case a “garbage offensive” leading to a spectacular bonfire of uncollected trash; in another, the transformation of a local church into a community center — produced results.