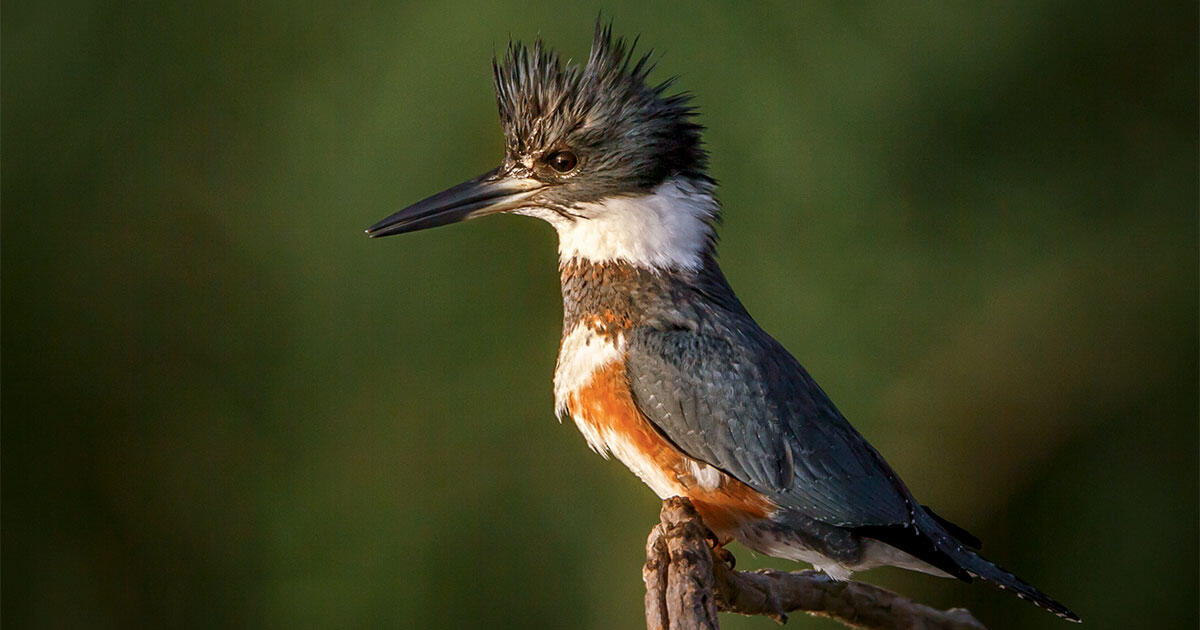 When I decided to come to the UN Climate Conference in Glasgow, I did so with the intention of sharing the message that birds are telling us it’s time to act on climate with the global community. But I am also here to share ideas and learn from climate and conservation leaders of all backgrounds, including youth and Indigenous activists from around the world. Their voices may not be the loudest in the room, but they are undoubtedly among the most necessary.

One of the leaders that I heard speak was Elizabeth Wanjiru Wathuti, a 26-year-old who founded the Green Generation Initiative in Kenya, engaging young people in caring for the earth and planting 30,000 tree seedlings throughout the country. She gave an impassioned speech both before world leaders and during a concert I attended that spotlighted young voices.

Ms. Wathuti spoke about how the climate crisis was affecting sub-Saharan Africans, but acknowledged that the devastating facts alone would not result in action. “My story will only move you if you can open up your heart,” she said. She emphasized the lasting effects of inaction by pointing out that by the time she turns 50, 86 million sub-Saharan Africans would be displaced by the climate crisis.

Ms. Wathuti counted herself among the adults that must bear this responsibility, and while she is a powerful young woman in her own right, it is not her generation that has put us globally in this situation. While she continues her life-saving work, she reminded the audience of the power that they hold.

“The decisions you make here will determine whether the water returns to our land…whether our fruit trees live or perish…whether the children will have food and water,” she said. “For these next two weeks, let us feel it in our hearts. The children cannot live on words and empty promises. They are waiting for you to act. Please open your hearts and then act.”

I also heard from Iniquilpi Chiara, a member of the Indigenous community of Guna Yala which sits on an archipelago of the Panama coast. The island chain is home to 30,000 members of the Guna people, and their island homes are increasingly being threatened by sea level rise. While there are plans to re-locate many Guna to the mainland, doing so would threaten the sea-faring culture, tradition, and identity of the islands. Through translator Agar Castro Tejada, Chiara spoke of the need to include Indigenous voices like theirs in negotiations as they fight to preserve both their culture and their homes.

Those who stand to be most heavily impacted by the climate crisis have done the least to cause it. While we are certainly seeing profound effects of climate change in the communities and wildlife in North America, the scale of devastation faced by young people, Indigenous people, and low-income countries around the world whose contributions to global emissions are negligible at best should move us all to immediate action. These voices are necessary at the negotiating table, but it is not possible to expect them to shoulder the responsibility of repairing the damage done by those who have come before them or from the world’s largest sources of harmful emissions. Only the largest emitters can do that.

At Audubon, our science may be rooted in the effects of birds and wildlife, but those findings have repercussions for communities around the globe. It is long past time to face up to our actions and do our part.