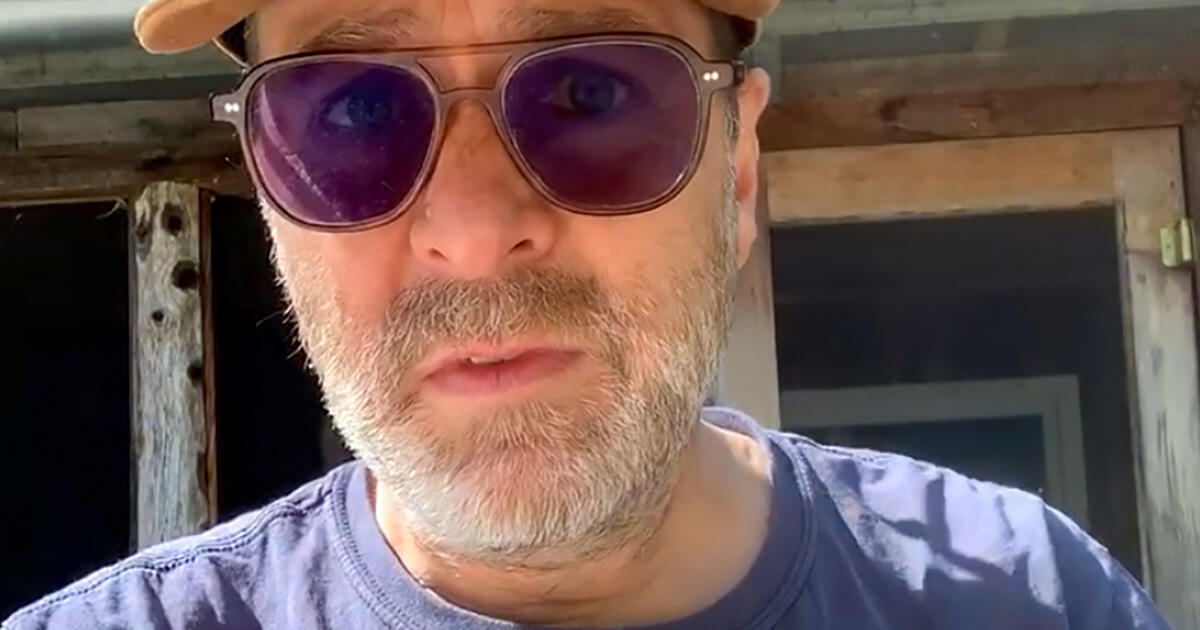 It all began when H. Jon Benjamin spotted a pair of Northern Mockingbirds in the spring of 2020.

Benjamin is a prolific voice actor, writer, producer, comic, and musician, best known for his leading roles on the hit shows Bob’s Burgers and Archer. His voice is one of the most recognizable in the industry, usually low and gruff like an ostrich with a hangover, but also capable of some truly hilarious high notes, such as when one of his characters is panicked, in pain, or experiencing a food-related epiphany. Simply put, if Benjamin were a bird, you’d be able to identify him by his song alone.

Anyway, in the early days of the COVID-19 pandemic, Benjamin left New York City and rented a property in Connecticut so he could be closer to his parents. It was woodsy out there, and one day he and his girlfriend were taking a walk through the backyard when he noticed a pair of mockingbirds. Skeptical, his girlfriend asked him how he knew what they were, and to his own surprise, Benjamin heard himself citing the birds’ wing coloration.

“I was like, ‘Holy shit! How did I know that?’” says Benjamin, who describes himself as a homebody who never really gave birds a second thought as an adult.

Then it came to him. Way back in elementary school, he used to spend hours tracing illustrations from John James Audubon’s Birds of America. And it just so happened that the entry for Northern Mockingbirds was positively seared into his subconscious, thanks to Audubon’s choice to portray that species as it was being attacked by a tree-climbing, fang-flaring rattlesnake.

“It was like a squid-and-the-whale kind of thing,” he laughs. “It was horrifying. You would remember it.”

Something about tapping into that early childhood trauma awakened Benjamin’s long-forgotten passion for birds, though. Soon after, he ordered a pair of binoculars and re-purchased a copy of Birds of America, as well as David Sibley’s What It’s Like To Be A Bird. Then, on May 21, 2020, he decided to share that excitement with the world in a Twitter video with a three-word caption: “Morning Bird Report!”

Since that first post, in which he becomes visibly, fantastically verklempt at the sighting of three Bald Eagles—remember what I was saying about those glorious high notes?—Benjamin has gone on to produce dozens of Morning Bird Reports. Most are set outdoors, include little more than a selfie shot of the comic, and feature around two minutes of Benjamin’s own personal brand of bird musings.

He’s covered the true story of non-native parakeets living in Brooklyn, written a poem about geese, explained cowbird brood parasitism, and made a case for why the Pine Siskin should be re-named in his honor. Benjamin has also called out the ridiculousness of certain common bird names, thrown shade at those who can tell the difference between a raven and a crow, and explained the phenomenon of the dawn chorus, which he then failed to wake up for. He’s also created a PSA about birding while driving.

But of all the Morning Bird Reports dropped in the past 10 months, the post where Benjamin catches sight of his first Northern Flicker was a highlight of 2020. Of course, the bar has never been lower, but the video remains a source of unadulterated glee, and I’ve found myself returning to its well when I need a pick-me-up.

It seems clear that through his reports Benjamin has been consciously trying to inject a bit of joy into a dark and terrifying world. But maybe he’s just like the rest of us—bored out of his mind and waiting for Bob’s Burgers: The Movie to get an official release date.

“I think it’s a combination of both,” he says. On the one hand, the Morning Bird Reports are just “fun, little things” he does whenever he has a bit of free time. But it’s also allowed him to re-experience the wonder he felt as a child staring at all those endless forms most beautiful. “It’s felt good to connect back to that feeling,” Benjamin says.

Now splitting his days between his place in Brooklyn and a more rural abode upstate, Benjamin says he’s spending a lot more time alone on account of the pandemic. And in lieu of people, birds have become his neighbors.

“When I get up in the morning, I’ll see the same birds out by the feeder, and I’m aware of all of them now,” he says. “I don’t know. Something about that familiarity is comforting. And they’re just, they’re less problematic than humans.”

Lately, one bird has earned his affections above all others. “There’s one particular cardinal that won’t stop regarding himself in all of my windows, and I really appreciate his vanity,” Benjamin says.

“I don’t know what happened, but the gull just started coming down and pecking at my head.”

Of course, the idea that birds are capable of great individual personality will come as no surprise to Bob’s Burgers viewers. Over the past 11 seasons, the show has followed a family known as the Belchers as they scrape together a living flipping specialty burgers somewhere in coastal New Jersey. Among other characters, Benjamin voices Bob, the dad, who has an obsession with Thanksgiving and turkeys. In season five, that dynamic gets flipped when a one-eyed turkey nicknamed Cyclops goes on a rampage. All is nearly lost until Bob’s wife, Linda (voiced by the inimitable John Roberts) asserts her dominance and teaches viewers about the true meaning of the phrase “pecking order.”

Given Bob’s passion for turkeys and Benjamin’s undeniable love for cardinals, Bald Eagles, and Northern Flickers, I wondered if maybe there was an avian species for which he had disdain.

“I’ve been attacked by a gull, and I lost,” Benjamin says. “I don’t know why. It was unprovoked on my part. I had no food. I don’t know what happened, but the gull just started coming down and pecking at my head. It was Hitchcockian.”

“I wasn’t like, critically hurt, but I was terrified,” he continues. “So, I would not want to fight a gull again.”

Recently, some of the bird reports have seemed to channel that chaotic energy as they morph into the realm of murder-mystery noir. It all started when Benjamin vowed to learn the fate of a dead Red-tailed Hawk he found on the side of the road. But then the investigation took a turn. “The body was moved, or disposed of, or taken away,” Benjamin says. “But I’m working on it.”

Since then, Benjamin’s Red-tailed Hawk updates have evolved into their own Morning Bird Report sub-genre, each new addition adding suspense, action, and even existential crisis.

As for what the future holds for the Morning Bird Reports, Benjamin says he doesn’t have any specific plans, but he’s enjoyed connecting with other birders online, even when they’re correcting him. “They’re always willing to help. I’m often wrong,” he admits.

If anything, he wouldn’t mind talking turkey with birding legend David Sibley sometime soon. “I’d just like to hang out with him for an afternoon, if he’s available,” Benjamin says.

If you’re reading this, David, please consider the offer. Because that’s a Morning Bird Report the world needs to see.