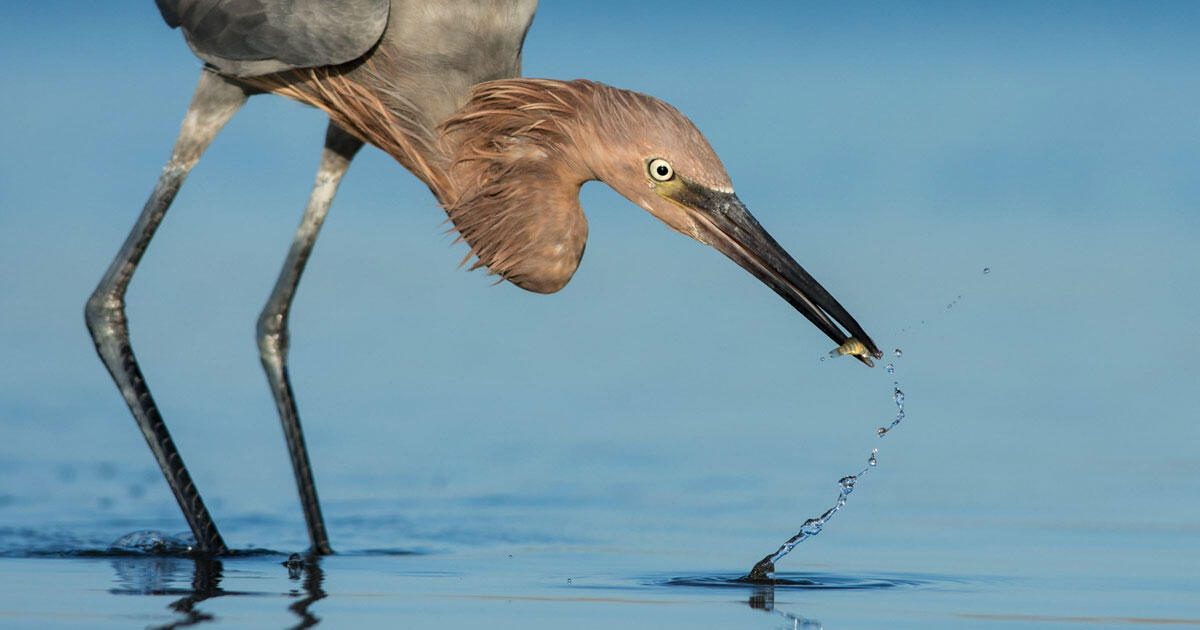 (March 22, 2021) – Today the Deepwater Horizon Trustees announced nearly $100 million in new Gulf restoration projects, including almost $35 million specifically to support bird populations that are still recovering from the oil spill nearly 11 years ago. Several of the projects selected for funding are included in Audubon’s vision for restoring the Gulf of Mexico.

“Audubon is thrilled to see this suite of projects that will protect, restore and enhance the places that birds need to survive and thrive” said Kara Fox, director of Gulf coast restoration at the National Audubon Society. “These projects are critical investments given the unprecedented injury to birds in the wake of the BP oil disaster.”

Among the projects proposed is the Bird Nesting and Foraging Area Stewardship project, which will support coastal bird stewardship across four Gulf states. A recent study led by Audubon’s Science team found that stewardship is an essential component of any restoration or recovery program. Seabirds and shorebirds are vulnerable to predators, boaters, and beachgoers, and Coastal Bird Stewardship Programs are essential to helping many coastal birds thrive.

Other projects to support birds include restoring, protecting, and managing critical nesting islands like Chester Island in Texas, the Chandeleur Islands in Louisiana, Round Island in Mississippi, and Dauphin Island in Alabama. Threatened by increasing storms and sea-level rise, these islands are a safe haven for thousands of nesting birds like Reddish Egret, Brown Pelican, Snowy Plover, and American Oystercatcher. Migratory birds like Red Knot and Piping Plover also rely on these low-lying islands during their flights up and down the Central and Mississippi Flyways.

Another new project will identify and remove marine debris at key “hotspots” on the Gulf Coast, where birds and sea turtles are at risk of ingesting or getting entangled in marine debris such as discarded fishing line, nets, or traps.

This funding is made available through the unprecedented $20 billion settlement BP paid to federal and state governments for its role in the Deepwater Horizon oil spill, which killed 11 people and an estimated 1 million birds, and released 210 million gallons of oil into the Gulf.

About Audubon
The National Audubon Society protects birds and the places they need, today and tomorrow. Audubon works throughout the Americas using science, advocacy, education, and on-the-ground conservation. State programs, nature centers, chapters, and partners give Audubon an unparalleled wingspan that reaches millions of people each year to inform, inspire, and unite diverse communities in conservation action. A nonprofit conservation organization since 1905, Audubon believes in a world in which people and wildlife thrive. Learn more at www.audubon.org and on Facebook, Twitter and Instagram at @audubonsociety.