Getting the Low-Down on Advocacy from Sally Puent 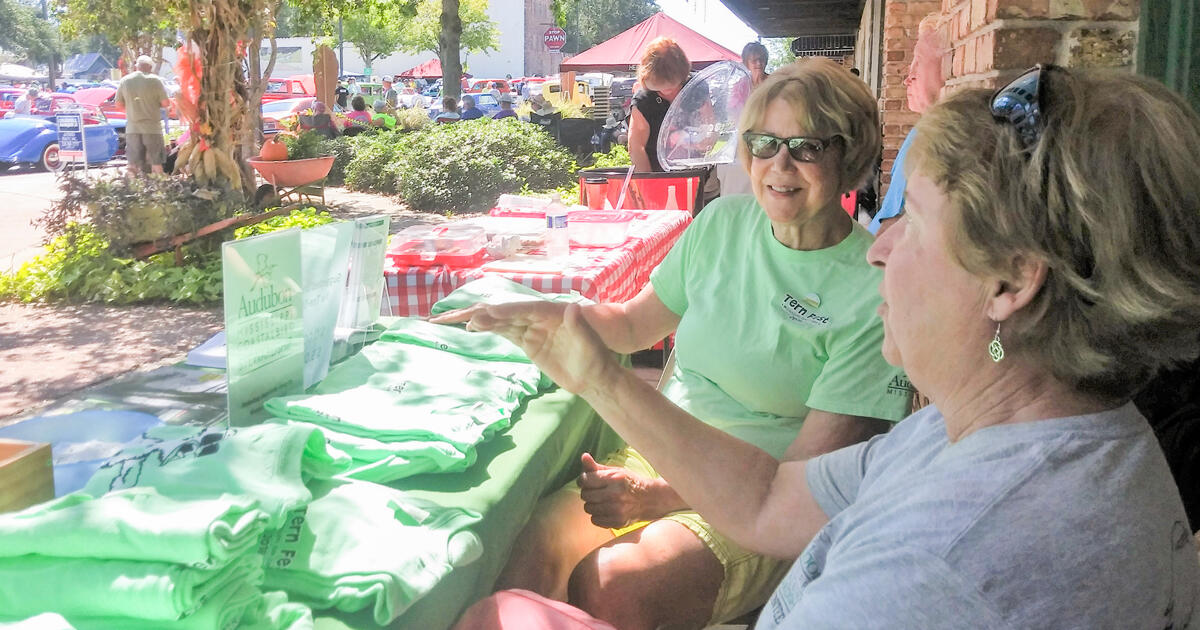 Advocating for the Gulf Coast is natural for Sally Puent. Since she and her spouse moved just a few blocks from the beach in Harrison County, Mississippi, Puent has helped protect beach-nesting birds like Least Terns during breeding season and has advocated for better protections of coastlines to federal lawmakers on advocacy days.

“I wanted to do something with animals and protecting habitat,” says Puent as she described how she became involved with Audubon, particularly her local chapter, Mississippi Coast Audubon Society, and the Audubon Delta regional office. “So I found out that Audubon was quite active down here. Shorebirds are such important indicator species: If the birds are doing well, then everything else is doing well.”

Puent’s interest in and experience with advocacy goes back to when she used to work for state government in Oregon. There, she would have to testify in front of lawmakers during budget season to make sure her programs would have funding. So when she retired and moved to Mississippi, it was natural for her to step into a role that advocates on behalf of the birds and communities that make the Gulf Coast home.

But even though Puent’s an experienced advocate now, she was just as nervous as any first-timer. “The first few times I was scared to death!” she says. “But I learned that I did better if I practiced beforehand. Some people are just naturals, speaking in front of groups, trying to put a message across. I was never one of those people! I just had to get practice in.”

In the past year and a half, Puent has participated in two virtual “fly-ins,” meeting with members of Congress on Zoom to educate them on important issues for coastal birds and communities. Whether the goal of the fly-in was advocating for healthy fish populations or for the beaches and wetlands that serve as our natural infrastructure, one thing Puent most appreciated was being able to chat with Audubon staff beforehand and plan. “We have a run-through a few days before the call,” to make sure that her thoughts were aligned with Audubon’s goals as well, she says. “Getting that feedback made me feel much more calm about the call, and that the point I was trying to make—and the way I was making it—worked with Audubon’s overall message.”

So what’s the benefit to dealing with the nerves—why does Puent keep showing up for different advocacy days and fly-ins? Because, she says, it matters. During this year’s fly-in, Puent says that Senator Roger Wicker (R-MS) was engaged and instructed his staff to listen, and that she felt very positive about the experience. “I came away from that meeting with the feeling that the Senator would support some of the legislation that we were advocating for.”

And that kind of engagement is vital: If you care about Audubon’s work and goals, says Puent, advocacy is “the most important work you can do. If we don’t have laws and legislators backing what we stand for, we will not get very far.”