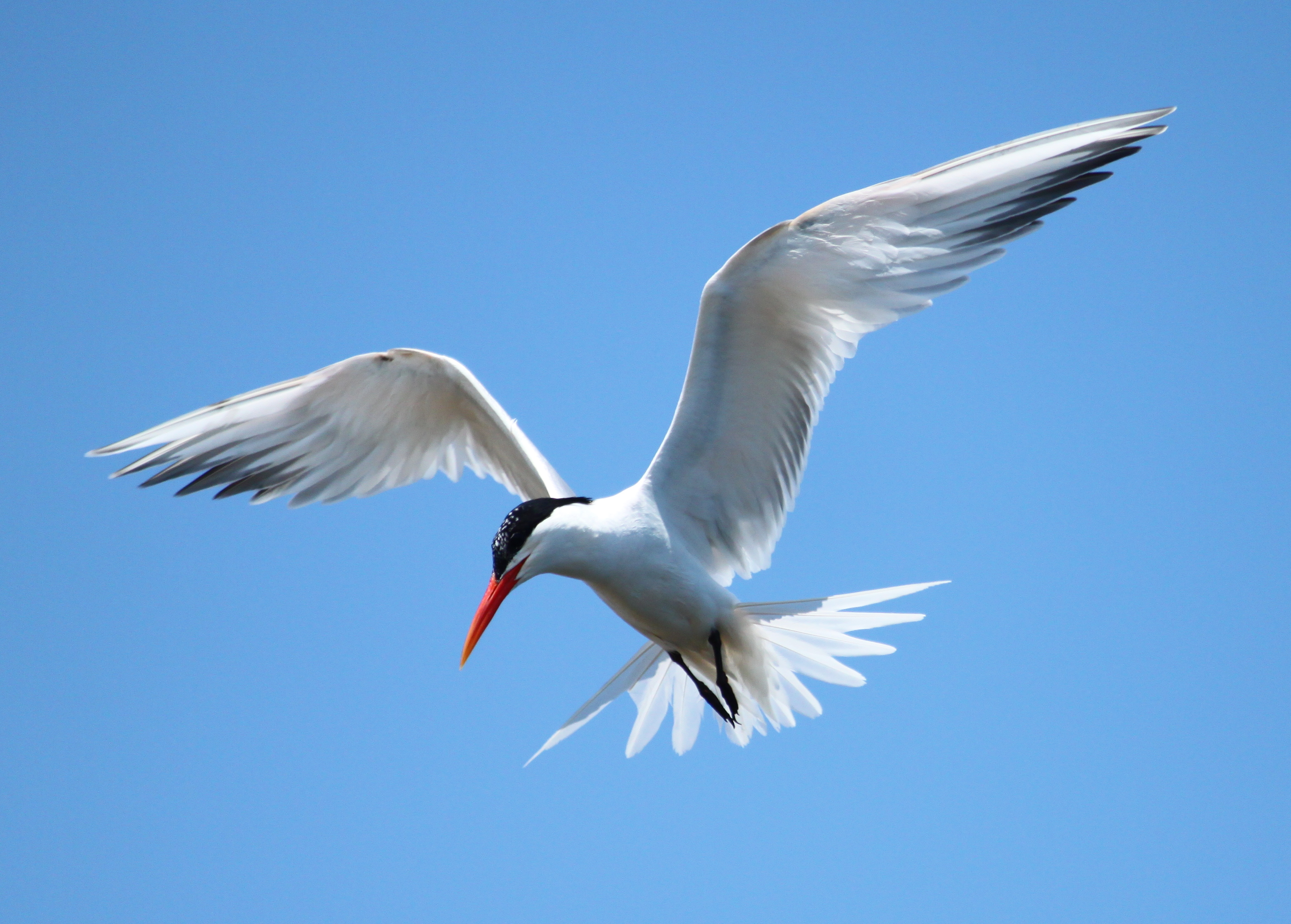 About 3,000 elegant tern eggs were abandoned at a southern California nesting island after a drone crashed and scared off the birds, a newspaper reported Friday.

Two drones were flown illegally over the Bolsa Chica ecological reserve in Huntington Beach in May and one of them went down in the wetlands, the Orange County Register said.

Fearing an attack from a predator, several thousand terns abandoned their ground nests, according to the state department of fish and wildlife.

Now, during the month when the birds would be overseeing their eggs as they begin to hatch, the sand is littered with egg shells.

It’s one of the largest-scale abandonments of eggs ever at the coastal site about 100 miles (160 km) north of San Diego, according to the reserve manager, Melissa Loebl.

With the pandemic driving more and more people to outdoor spaces, last year saw about 100,000 visitors to the Bolsa Chica reserve – up from about 60,000 the previous year, Loebl said told the newspaper.

That’s contributed not only to increased drone activity, but also to more dogs and bicycles on the trails – all of which are prohibited.

“We’ve seen a significant increase in dogs, particularly off-leash,” Loebl said. “That’s devastating for wildlife and this is prime nesting season. The dogs chase the birds and the birds abandon their nests.”

Another problem is the development of multimillion-dollar homes on the hillside at the north end of the reserve overlooking the wetlands, said Nick Molsberry, a fish and wildlife warden. While most residents respect the sensitive nature of the estuary, there are a few scofflaws, he said.

“It’s residents that sometimes feel entitled, that feel they should be able to use the land as they like,” Molsberry said. Authorities are ramping up enforcement and citing people who break the rules.

At nearly 1,500 acres, the reserve is the largest saltwater marsh between Monterey Bay, just south of San Francisco, and the Tijuana River Estuary in Mexico. About 800 species of plants and animals live at or migrate to Bolsa Chica.

This article was first published by The Guardian on 5 June 2021. Lead Image: An Elegant Tern on the wing at Bolsa Chica Reserve in Huntington Beach, California by Regular Daddy.