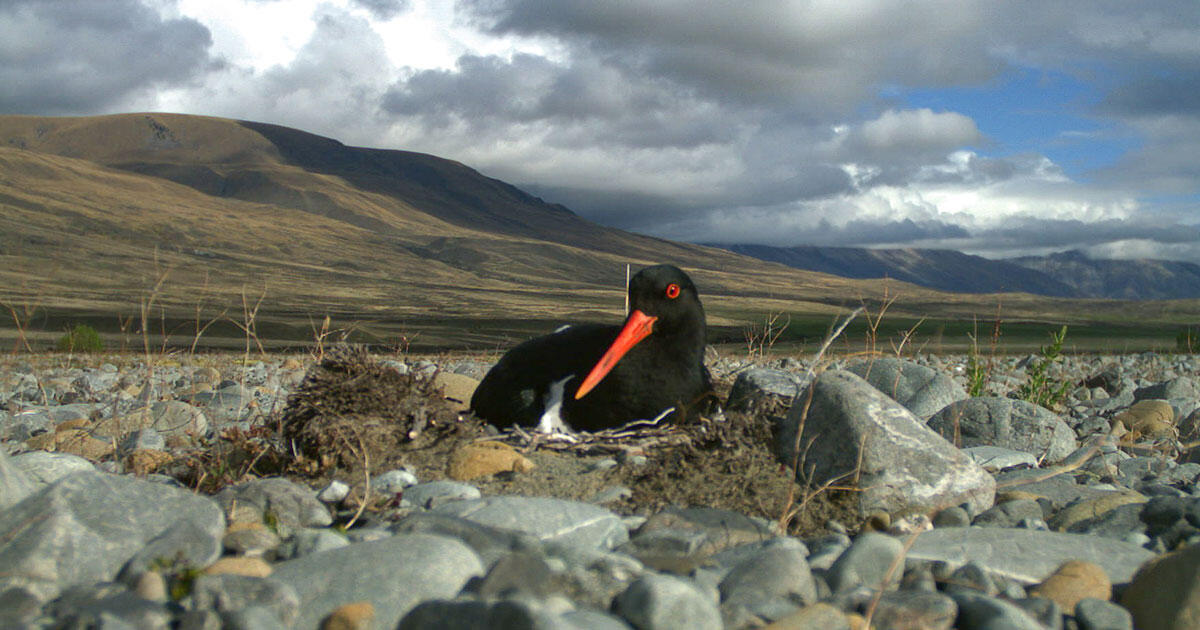 In August 2016, toward the end of the New Zealand winter, a feral cat in the South Island’s Mackenzie Basin picked up an exciting scent on the wind: chicken. The feline followed its nose across the flat, rocky expanse of the basin’s post-glacial braided river system to the source of the smell. But when it arrived, there was no meal waiting—just a rock smeared with an unappetizing goo.

Grant Norbury, senior researcher with New Zealand’s Manaaki Whenua—Landcare Research, led the team responsible for distributing the false scent. But Norbury and his colleagues weren’t pranking unsuspecting cats for nothing. Mammalian predators are invasive to New Zealand, and their devastating impact on the country’s unique birdlife has prompted an aggressive campaign to eradicate the predators. Norbury’s team wanted to see if they could save shorebirds through another, non-lethal approach—by convincing mammals to disassociate bird smells with food. The hope was that by the time nesting shorebirds did finally show up to the goo-treated sites in the spring, predators would have long since decided the sites weren’t worth the trouble. And it worked, the team reported March 10 in Science Advances.

“We were surprised,” Norbury says. “We definitely habituated [the predators] to the odor, and that was really encouraging,”

Norbury got the idea for this non-lethal method of predator control from his co-authors Catherine Price and Peter Banks, who first tried the trick using rats and artificial quail nests several years prior. They found that when rats were exposed to the scent of quail before being given access to eggs, the eggs were 62 percent more likely to survive. When Norbury met the pair at a conference, he proposed taking the experiment a step further. “I said to them, why don’t we try this method in a real landscape with real birds, real nests, and a multitude of predator species,” he says.

The team settled on a river system on New Zealand’s South Island with a well-studied Double-Banded Plover population, as well as Wrybills and South Island Pied Oystercatchers. They chose four 2,500-acre study sites, and smeared the smells of chicken, Japanese Quail, and Kelp Gull (the easiest scents to get in large quantities) mixed with petroleum jelly on rocks at half the sites. At the other two sites, they used plain petroleum jelly as a control. Then, in 2017, they swapped the treatments and ran the experiment again.

The process of applying the viscous substance was labor-intensive—taking three people the better part of a day, with regular re-applications. They applied the odors for an average of 36 days before the real birds showed up, and continued for an average of 52 days while they were nesting.

“We had this orangey-yellowy looking Vaseline goo in syringes, and we’re walking around with surgical gloves with syringes in our hands and just smearing it on the rocks,” Norbury says. “It was kind of weird.”

But their efforts paid off. Within roughly two weeks, cats and ferrets began to lose interest in the two study sites. By the time the shorebirds showed up, the mammals were only investigating the smells at less than 10 percent of their initial rate.

All three species that nested at the study sites benefited from this olfactory invisibility cloak. The odds of successful hatching doubled for the plovers and Wrybills, and tripled for oystercatchers. The team calculated that if the treatment were applied every year, the Double-Banded Plover population in the area would increase by 127 percent in the next 25 years, rather than decreasing as currently projected.

Don Lyons, the director of conservation science with Audubon’s Seabird Restoration Program, says this scent-based approach is “an interesting option to add to the conservation toolkit,” noting that it could likely be extended beyond shorebirds to other endangered species. While Lyons cautions that this trick would work best in specific scenarios—for instance, where other food sources are available for the predators—he says the technique is “creative and well thought-out.” He thinks a Least Tern restoration project threatened by dogs and cats in Curaçao could potentially be an ideal candidate to deploy such a “misinformation campaign,” in addition to a plan to install fencing.

Norbury hopes that with more research this method could be a valuable alternative to lethal predator control in places where mammals aren’t invasive and poisoning campaigns might be impossible (or heavily contested), or in areas where it’s harder to eradicate predators entirely. The beauty of this technique, he says, is that it relies on one simple principle: that every mammal, to one extent or another, follows its nose.