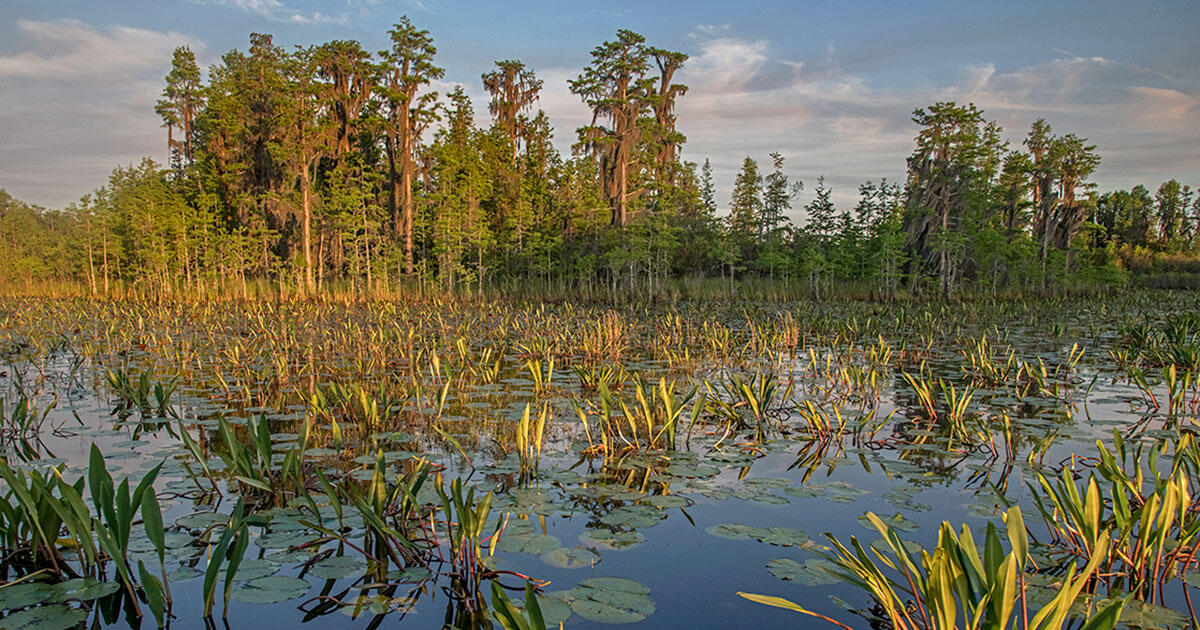 Half a century ago, Congress set loose a torrent of confusion when it wrote the Clean Water Act to protect the “waters of the United States.” Lobbyists and lawyers have fought ever since over the phrase, often dubbed WOTUS. Its meaning seems grade-school simple but quickly grows as murky as a backwoods swamp. Into these perilous waters the Biden administration wades.

While no one disputes that the law protects large rivers and lakes, developers, farm lobbyists, and others have long tried to exclude more isolated and seasonal streams and wetlands. Before they can disturb protected water bodies, landowners must have a permit that requires them to minimize damage and make up for unavoidable impacts by restoring waters elsewhere. Without one, they can face stiff fines or criminal charges. These regulations, many say, are a burden.

Environmentalists see it differently. With half of the wetlands in the Lower 48 already lost and most streams rated in poor health, they argue, the law should protect features that may seem insignificant but in fact play a big part in providing clean drinking water and wildlife habitats. In the northern Great Plains, for instance, prairie pothole wetlands store floodwater, filter pollutants, and form the breeding grounds for more than half of North American waterfowl. Ephemeral streams in the Southwest don’t flow all year but do shape the health of rivers they feed and support vulnerable birds like the Yellow-billed Cuckoo. “Once you start dumping in an ephemeral stream, once you fill in a wetland, you don’t get that back,” says Gary Belan, senior director of clean water supply at American Rivers.

Since U.S. Supreme Court rulings in 2001 and 2006 didn’t settle disputes, two presidents have tried, in starkly different ways, to define the law’s scope. The Obama administration did a scientific review in 2015 and put forward a definition expanding protections. Yet courts halted the rule over concerns it exceeded EPA’s authority, and the Trump administration replaced it with one so narrow that it left 51 percent of wetlands and 18 percent of streams without protection.

What followed showed the profound impact of this wonky debate. After Trump’s rule took effect, the U.S. Army Corps of Engineers found the Clean Water Act didn’t apply to three-quarters of more than 40,000 water features it assessed. In Arizona and New Mexico, just four streams were covered out of more than 1,500. The EPA identified hundreds of projects that would’ve required a permit before but no longer did, including new runways at a Kansas airport, a large Tennessee warehouse, and thousands of California homes. On this evidence, a judge tossed out Trump’s rule in August, putting pre-Obama regulations in effect for now. The EPA last week formalized that policy with a proposal to scrap the Trump rule and revert to the pre-2015 regulations until the administration proposes a new definition.

Environmentalists hope the move halts damaging projects yet to go forward. Under Trump’s rule, for example, the Army Corps found a proposed mine, three miles from Georgia’s Okefenokee National Wildlife Refuge, no longer needed a permit because wetlands on the site aren’t physically connected to the protected swamp. Now advocates want the Corps to reverse that decision, citing risk of irreparable harm to the swamp, home to endangered Red-cockaded Woodpeckers and threatened Wood Storks.

Watersheds are complex. Drawing a boundary on them is a subjective act in balancing scientific integrity and legal clarity.

The ongoing uncertainty hurts both the environment and business, which is why the Biden administration aims to craft “an enduring definition of WOTUS”—one that EPA Administrator Michael Regan indicates won’t be as far-reaching as Obama’s. Watersheds, however, are complex. Drawing a boundary on them is a subjective act in balancing scientific integrity and legal clarity, says attorney John Kolanz, who represents regulated businesses. “No matter where you draw it, somebody’s going to be upset,” he says. “It isn’t really rocket science, but it is complicated politics.”

To thread that needle, the Biden definition could consider a region’s hydrology—draining a wetland might have different consequences in Utah and Ohio—rather than a uniform approach, says Betsy Southerland, former science and technology director in the EPA’s Office of Water. “This way you could really customize the way you described waters of the United States,” she says. Still, Southerland says, even such a tailored approach will inevitably draw fire from some landowners and industries. “Let’s not joke: It’s going to be litigated to death.”

Since no definition will find universal acceptance, and given the state of the country’s water resources, University of Virginia water law expert Leon Szeptycki argues against limiting the act’s scope to seek middle ground. “We’ve already destroyed a lot of our wetlands,” he says. “A lot of our waters are increasingly polluted. There’s a lot of strain on water resources in the West because of drought driven by climate change. So I’m a little bit reluctant to suggest that somebody should pursue a middle ground that’s less protective than the Clean Water Act allows.” Instead, he says, compromise might be found in the permitting process, with incentives for landowners to be water stewards.

Congress could amend the law and settle matters, but almost no one expects that outcome. “Congress has just sat on the sidelines and refused to pass any statute that would clarify it and fix it, in part because the same dynamic plays out in terms of people fighting about the breadth of the statutory fix,” Szeptycki says. Instead, Biden officials will try to craft a rule that can hold against a barrage of lawsuits. They’ll host a series of roundtables this winter, where they will hear from all sides and aim, again, to build firm protections on a shifting foundation.