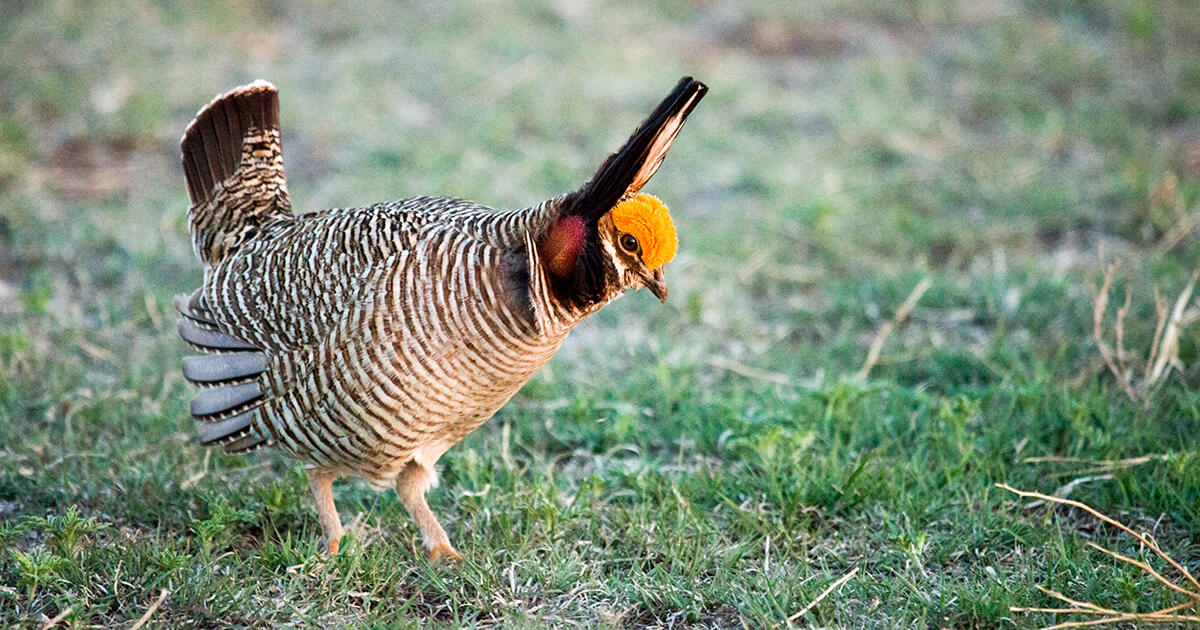 SANTA FE, N.M. – The US Fish and Wildlife Service (FWS) announced today that it is proposing to extend protection under the Endangered Species Act to the Lesser Prairie-Chicken. The FWS also announced it will split management of the populations between the northern and southern parts of its range, which includes portions of five states (Texas, Oklahoma, Kansas, Colorado and New Mexico). The endangered listing will only apply to the population in the bird’s southern range, which includes New Mexico and Texas, while the Northern population will be listed as threatened.

“After decades of working to avoid this moment for the Lesser Prairie-Chicken, this is the right call by the Fish and Wildlife Service,” said Jon Hayes, executive director of Audubon Southwest and vice president at the National Audubon Society. “Voluntary measures and agreements are important and commendable, but the science is telling us that if we don’t do more we’re going to lose these birds.”

The Endangered Species Act (ESA) prohibits anyone from harming an endangered species either directly or indirectly, it requires the development of a recovery plan for the species, and it generally requires the identification of critical habitat.

“This listing isn’t just about protecting the Lesser Prairie-Chicken, it’s also about improving the places we share with it,” said Hayes. “New federal investments and incentives for landowners resulting from today’s decision will make our grassland healthier, improve the infiltration of groundwater, sequester carbon, and make the rangeland more resilient overall. This is good for the bird and for ranchers, farmers, and communities who also depend on these resources.”

Audubon’s Conservation Ranching program supports market incentives for ranchers that manage their rangeland for bird habitat. Innovative partnerships like this provide a win-win solution for birds, like the Lesser Prairie-Chicken, and beef producers.

“Whether you’re a cow or a bird, you need healthy grass and soil,” said Hayes. “This is our opportunity to not only save this species, but do so while also bolstering rural economies and addressing the climate crisis.”

The Lesser Prairie-Chicken was first proposed for ESA listing in 1995. In the more than 25 years since that original petition, the bird has been through a roller coaster of listing decisions, court orders, and failed recovery efforts, all while the populations continue to plummet.

Read more from Jon Hayes about why it’s time to list the Lesser Prairie-Chicken.

The National Audubon Society protects birds and the places they need, today and tomorrow. Audubon works throughout the Americas using science, advocacy, education, and on-the-ground conservation. State programs, nature centers, chapters, and partners give Audubon an unparalleled wingspan that reaches millions of people each year to inform, inspire, and unite diverse communities in conservation action. A nonprofit conservation organization since 1905, Audubon believes in a world in which people and wildlife thrive. Learn more at www.audubon.org and on Facebook, Twitter, and Instagram @audubonsociety.