Electric Utilities, Long Anchored by Coal, Are Starting to Break for Renewables 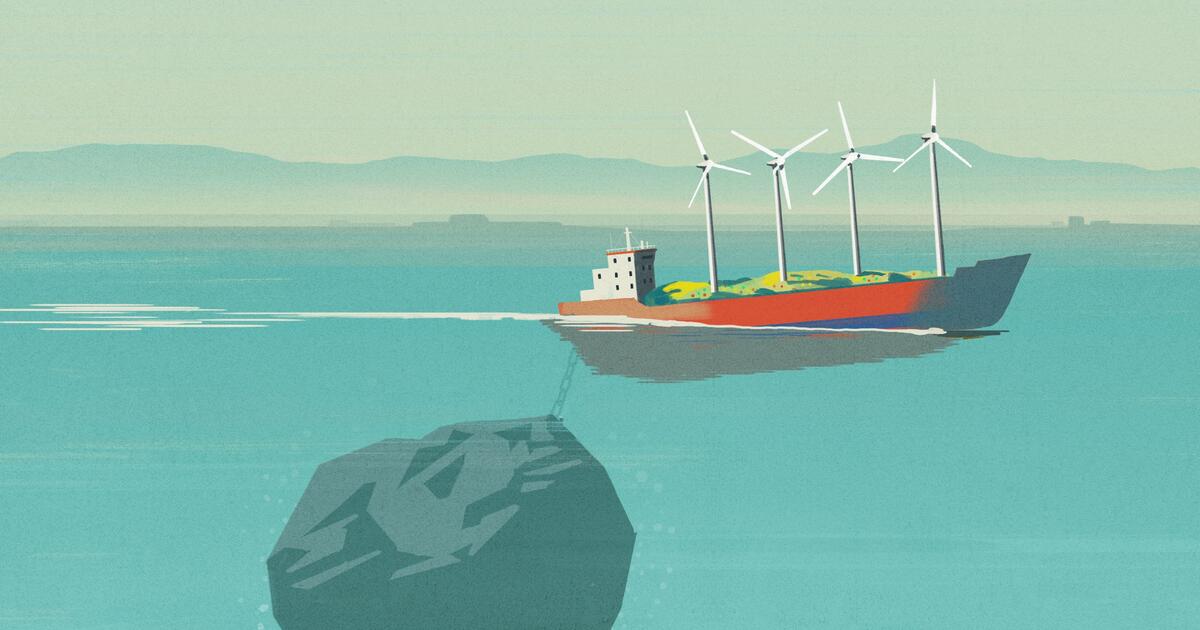 With renewable energy on the rise, many electric utilities—especially those dependent on fossil fuels—are facing a crisis. Some are embracing the challenges necessary to implement new infrastructure, but others are resisting change. A new stories series from Audubon investigates the industry at this crucial time. Read Part 1.

Indiana is known, among other things, as a coal state. In 2019, it consumed 6.5 percent of all coal used in the United States—topped only by Texas and North Dakota—and it ranks seventh in the country when it comes to coal production. So, it was a surprise in 2018 when the electric utility Northern Indiana Public Service Co. (NIPSCO) submitted plans to close its fossil-fuel facilities, including two coal-fired power plants. It instead would switch to renewable energy sources for producing the electricity it distributes to more than 460,000 customers.

Some Indiana lawmakers and a coal-mining company fought the closures. They passed legislation to stall the plants’ retirement, claiming that coal is cheaper than renewables. But NIPSCO president Violet Sistovaris disagreed. By transitioning to renewable energy, she said, the utility would save customers $4 billion by 2028.

The NIPSCO plants are part of a national wave of closures as coal’s dominance wanes. Between 2009 and 2018, coal plants that produced 126 gigawatts of electricity—enough to power roughly 37 million homes, by some estimates—retired. More are on the way, as aging plants reach the end of their lives or as executives, like NIPSCO’s, admit that wind and solar have grown cheap enough that the math is no longer in coal’s favor.

This transition, however necessary to address climate change, has challenged some energy producers. Many utilities’ finances are tied up in coal and oil due to past investments and recent resistance to renewables, and as a result they remain trapped in antiquated energy systems. Instead of seeing renewables as an economic opportunity, many electric utilities see them as inconsistent and expensive energy sources. In that way, they remain stuck in the past, bound to old ways of producing energy and doing business, even when scientific consensus has long demanded they evolve into cleaner, sustainable systems that would benefit both public health and the environment. Now, a number of utilities are beginning to pivot away from coal and toward renewables—but only because sticking with fossil fuels no longer makes financial sense.

We have reached this point because of a series of policies, unfolded over the course of decades, which ultimately broke utilities’ monopoly on electricity production. That, paired with advances in wind and solar technologies, allowed renewables to grow in recent years even as many electric utilities fought the transition.

Today’s utility model was established with the birth of the electric grid. In 1882, Thomas Edison built the Pearl Street Station in Manhattan and created the first electric utility, General Electric. GE was a full electricity system in one company: A coal plant generated power, and then wires distributed it to light up the first electrified buildings, including the offices of The New York Times. Electrical lighting allowed laborers to work after dark under light “bright as day, but without an unpleasant glare,” according to one reporter’s account.

The first power plants set the model for a century of business decisions.

These first plants set the model for a century of business decisions. As new utilities were founded, most invested in fossil-fuel power plants to generate electricity and also the infrastructure to distribute it. They laid the foundations for our electricity system, back when climate change was a speculative idea, and over time these systems became entrenched—to the point where utilities’ regional monopolies closed the grid to other energy providers. Then, in 1978, President Carter signed the first law that opened the door to third-party energy suppliers: the Public Utility Regulatory Policies Act (PURPA). PURPA required utilities to buy electricity from certain power plants they did not own and offered some incentives for renewable energy. The legislation’s goal was to “increase energy efficiency while also expanding supply diversity,” writes Leah Stokes, a political scientist at the University of California, Santa Barbara, in her book Short Circuiting Policy. Within a couple of years, the United States’ first wind farm began generating electricity in New Hampshire.

Utility executives, however, largely failed to realize—or chose to ignore—that PURPA would herald a long-term shift away from coal. They had little incentive to invest in renewables, having already spent money developing fossil fuel-generating facilities and, by then, nuclear power plants.

Then an oil crisis triggered by the 1990 Gulf War led the George H. W. Bush administration to solicit policy proposals to make the United States less dependent on foreign energy. The resulting law, the Energy Policy Act of 1992, made it easier for non-utility energy providers to contribute to the grid. The bill also separated generation from distribution: Going forward, any provider could use utility-owned transmission lines to get their power to customers’ homes and businesses.

Both laws—PURPA and the Energy Policy Act of 1992—incentivized renewables by opening the market to new providers. The subsequent Energy Policy Act of 2005 cracked the door further, but none of the bills forced utilities to build wind or solar farms. One of the results is that many electric utilities are still bound up in fossil fuels. The pattern holds the world over: Just one in 10 electric utilities across the globe prioritize renewable energy investments over fossil fuels, according to a study published last year in Nature Energy.

“Utilities may not have any philosophical attachment to fossil energy, but they have investments that only earn them a return if they’re used and useful,” says Jim Lazar, an economist who served on the Regulatory Assistance Project, a nonprofit focused on a transition to a clean, reliable, and efficient energy system, until he retired last year. “They’re quite fearful of those plants having to retire before they’re fully paid off.” Some are so fearful that they have resorted to outright bribery of politicians to keep the plants open.

Most of those plants, which last about 30 years, are now getting old and nearing the end of their operational life expectancies. Georgia Tech engineer Emily Grubert recently led an analysis, published in Science, which detailed how shuttering fossil-fuel plants, including coal plants, across the country by 2035, as proposed by the Biden administration, would leave only 15 years of potential electricity left unused.

There’s environmental benefit to shuttering them early, too: The closures of fossil-fuel plants by 2035 could reduce carbon dioxide emissions by 25 gigatonnes.

Utilities don’t want to be stuck with what are called ‘stranded assets’ if they retire their fossil-fuel plants early. But Grubert estimates that keeping those plants open may actually be more expensive because the fuel to run them costs more than renewable sources—the situation NIPSCO found itself in, leading it to close its fossil-fuel plants.

“We have more information than we think we do,” says Grubert, who is currently serving as deputy assistant secretary of the Energy Department’s Office of Fossil Energy and Carbon Management. “We know exactly where these things are,” plants she plotted on an interactive map. The information, she says, can help us plan for their closures and for what comes next.

Other electric utilities could follow Indiana’s lead. NIPSCO already invested in two wind farms that went online in February. Together, they generate 500 megawatts of electricity. The utility also announced last year that it would fund solar projects that will generate another 900 megawatts by 2023. Despite the law passed last year by the Indiana legislature, NIPSCO is forging ahead with its transition plans. Other utilities, if they’re not already, are sure to follow.