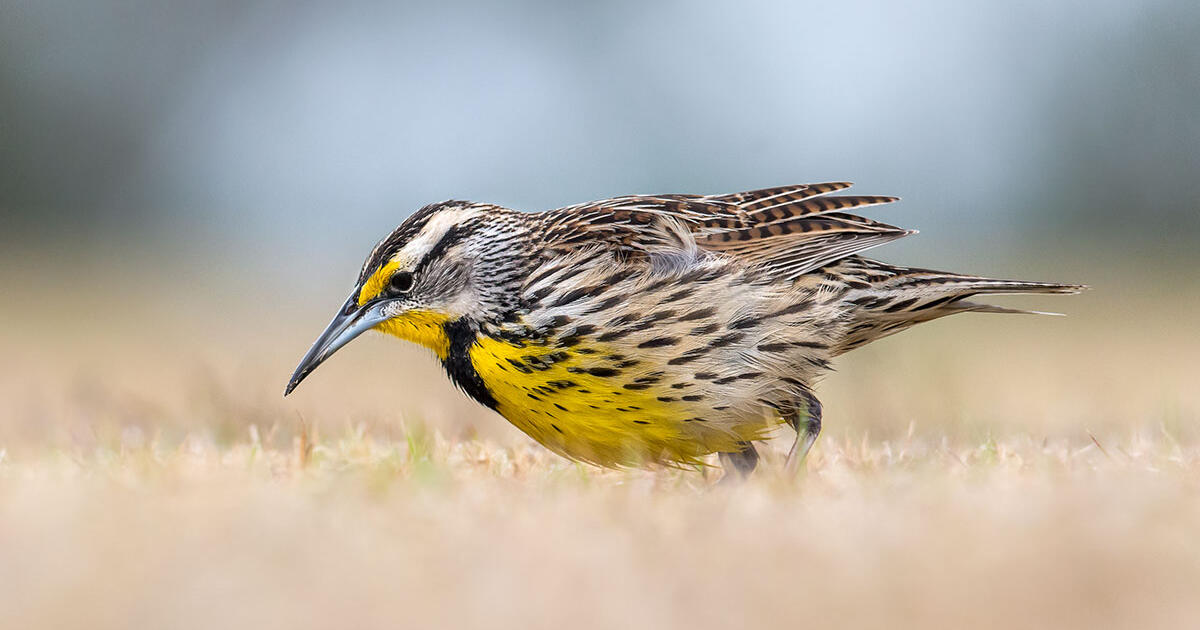 In 1900, on Christmas Day, 27 birders in 25 locations across the United States donned winter gear and binoculars, then stepped outside to list all the birds they could see in 24 hours. They didn’t know it then, but they were launching what would become the  world’s longest-running community science project on birds.

Much has changed since that first count: Global temperatures have risen by 1 degree Celsius, or 1.8 degrees Fahrenheit, the U.S. population has more than quadrupled, and 64 percent of the world’s wetlands have been destroyed. But the birders keep counting. Last year, at the end of December 2020, the National Audubon Society’s Christmas Bird Count (CBC) entered its 121st year with 54,533 birders observing winter birds in 1,842 sites across the United States, even during a pandemic. The field notes created over the past century are now helping researchers answer a critical question: How have climate change and land-use change affected birds?

The question has driven bird experts to their wits’ end. Both climate and land-use change clearly impact where birds live and how many survive through time. But teasing apart what changes in bird populations are driven by warming temperatures and which by habitat destruction is difficult, in part because most datasets don’t date back far enough in time. “It’s been a really, really hard, intractable problem,” says quantitative ecologist Morgan Tingley at the University of California, Los Angeles, who studies how climate change has impacted bird distributions over the past century. “I’ve gotten asked many times over my career about land-use change, and I have had to say I don’t know. We know that land use is important, but we don’t know how it intersects with climate change.”

“We know that land use is important, but we don’t know how it intersects with climate change.”

Using CBC data that goes back 90 years, a new study has found that climate change is a strong, driving force that explains how different kinds of birds have moved and where they live across the eastern United States. However changes in land use, such as converting native grasslands to farmland and destroying wetlands, has had an outsize influence on the birds that rely on those habitats. This study, published today in the journal Global Change Biology, is the first to look back into nearly a century of CBC data.

“I thought it was really impressive to have 90 years of data,” says Oregon State University ecologist Matthew Betts, who researches the effect of landscape and climate changes on birds in the western United States and was not involved in the new research. “That is just unprecedented even when it comes to birds.”

“We were interested in really going back as far as possible and asking questions about how climate and land use—two big global change processes—have been impacting birds over the last century,” says Sarah Saunders, a quantitative ecologist at the National Audubon Society and the lead author of the study. Across the decades of CBC data, Saunders and her team pulled out just those locations—119 in total and all of them in the eastern United States—where birders had consistently collected observations since the 1930s.

The researchers first divided the 89 species seen in the 119 CBC locations, also known as circles, into nine groups. These included large forest birds, forest passerines, grassland birds, mixed-habitat birds, waterbirds, shrubland birds, waterfowl, wetland passerines, and woodpeckers. They then built a statistical model to dissect how climate change factors, like temperature and precipitation, and land-use factors, like urbanization and cropland cover, influenced bird distributions in each CBC circle over the 90 years.

The study found that between the 1930s and 2010s, winter temperatures warmed by about 1 degree Fahrenheit (around 0.5 degrees Celsius) across the eastern United States, and precipitation increased by about two inches on average. However, while the pace of climate change increased gradually, land-use change accelerated rapidly. Within the 119 CBC circles, people converted up to one-third of grasslands in the Midwest into agricultural fields and destroyed about two-thirds of the wetlands in the Atlantic and Gulf coasts to build cities.

Across the study area, the local climate dictated where birds of all nine groups could be found—it created the apt conditions for these birds to thrive. However, for birds that need specific habitats, like the water birds, waterfowl, and grassland birds, land use more strongly impacted their distribution. By contrast, climate and land-use change affected the distribution of non-habitat specialists, like forest passerines, mixed habitat birds, and shrubland birds, in equal measure.

“Being able to kind of tease [climate change and land-use] apart and understand the variation across all of these different species—that I think is a really important finding,” Saunders says. In the future, she plans to decipher the combined effect of climate and land-use changes on individual bird species.

Community science data can be tricky to analyze because it is not as well-structured as other types of scientific data. For example, people probably collected bird observations differently in the initial days of CBC than they do today. If scientists used such raw data as-is, they might bias the findings. So they sieve through the data, aggregate it over time, and throw out the parts that they cannot use, like Saunders had to with bird count data prior to the 1930s. But the model used in this study accounts for such differences, Tingley says. “They have tried to coarsen the data in order to make it usable.”

For conservationists, there are some bright spots from the findings. Mitigating climate change can indeed benefit all birds. However, knowing that land-use change has a greater impact on habitat-specific birds is a crucial insight. “Also working on habitat loss and habitat change is probably going to be more effective than trying to solely consider climate change,” Tingley says. Saunders believes that trying to increase funding for such restoration programs is essential.

Overall the study shows the value of participating in community science efforts like the CBC. The first CBC participants couldn’t have fathomed that their field notes could one day drive tangible conservation policies. “Data collected by volunteers once a year turns out to be really valuable when you multiply it by 90,” Betts says. “I just think that’s really cool.”