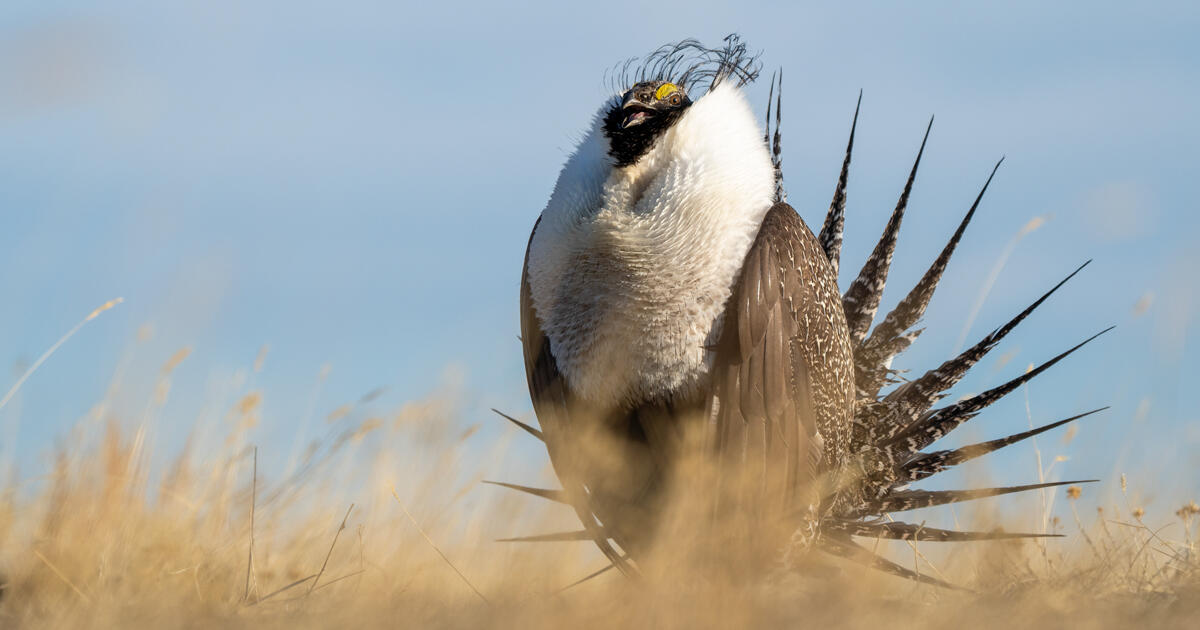 The need for industrial development doesn’t need to equal a death sentence for species and habitat. Mitigation is a way to make sure that our landscapes stay whole and healthy.

The mitigation “hierarchy” requires the avoidance, minimization, and restoration or replacement of impacts to species or habitat – in that order. Good siting, minimizing damage through available best practices, and repairing any impacts that cannot otherwise be avoided, protects against the loss of valuable natural resources.

The Bureau of Land Management (BLM) has recently taken big strides towards conserving birds and the places they need on public lands by restoring mitigation policies that direct the agency to reduce and offset impacts to ecosystems. The BLM manages one in every 10 acres of land in the United States (245 million acres) and approximately 30 percent of the Nation’s minerals. BLM is charged “to sustain the health, diversity, and production of public lands for the use and enjoyment of present and future generations.”

Starting in 2017, important mitigation policies were systematically dismantled, wrongly shirking the federal government’s responsibility to ensure that development does not damage natural systems and landscape-scale processes.

By restoring important mitigation policies, the Bureau of Land Management has confirmed what we know – that the BLM is not just authorized but also accountable to require mitigation – and put us back on the path to healing the landscape.

Mitigation has a key role on public lands and is important to protect the Greater Sage-Grouse, an iconic bird of the West whose populations have declined 80% over the last 50 years. Mitigation was a cornerstone of the Greater Sage-Grouse plans, a landmark effort to protect the iconic bird and the sagebrush steppe, North America’s largest ecosystem.

Western leaders and communities came together to design collaborative conservation efforts for the Greater Sage-Grouse and the sagebrush landscape. These efforts led to the science-based 2015 Sage-Grouse conservation plans, a historic landscape-scale conservation planning effort under the jurisdiction of the Department of Interior (DOI) and the US Department of Agriculture (USDA). The mitigation commitments in the federal plans were part of the U.S. Fish and Wildlife Service’s (USFWS) decision to not list the Sage-Grouse as threatened or endangered under the Endangered Species Act (ESA).

Mitigation is also important to the birds and people of Alaska. In 2018, the BLM completed a Regional Mitigation Strategy for the National Petroleum Reserve-Alaska (NPR-A) in the Western Arctic, a wetlands complex of global importance for birds. While the NPR-A strategy has yet to be operationalized, it holds great promise for how the federal government can offset the unavoidable impacts of development by meaningfully protecting areas of high ecological and cultural importance. Such improved management will help to ensure ecological resilience in a warming Arctic so that natural systems have the best possible conditions for adaptation.

As Congress looks to enact major infrastructure investments and to meet President Biden’s goal of permitting at least 25GW of onshore renewable energy on public lands by 2025, mitigation is going to become an increasingly important tool. The current Administration is taking important steps to restore the policies necessary to protect birds and people as climate change increases pressure on our natural resources and public lands.