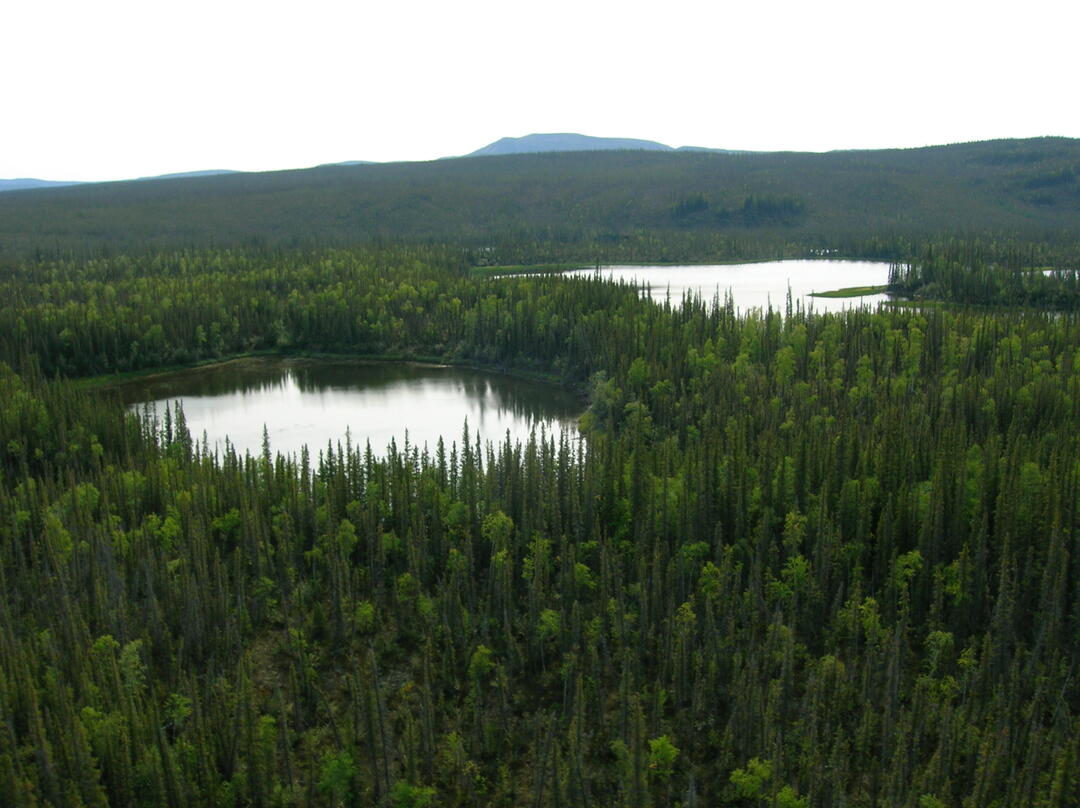 As people around the world celebrate Earth Day this week, it’s hard not to reflect on the relationship humans have with the natural world around us. I am specifically fascinated by the special bond we have with trees. We breathe out Co2, which trees take in. Trees breathe out oxygen, which in turn we breathe in. This constant sharing of breath—in and out, out and in—as if the whole world is breathing together as one complete organism. How could you be any more connected than that?

Trees go beyond supplying us with air to breath. They store carbon, provide habitat for vast numbers of species, and bring an abundance of joy into our lives. It makes me think, what are we doing for the trees? In some parts of the world, the answer is a lot! Across the Boreal Forest in Canada, Indigenous stewards of the land have been caring for the trees for time immemorial. Indigenous-led conservation is helping to protect them from destructive development, climate change, and biodiversity loss. So, even as deforestation has fragmented and eliminated forests in many places around the globe, the Boreal Forest in Canada remains the largest intact forest on the planet.

Stretching from Alaska to Labrador, North America’s Boreal Forest provides nesting grounds and migratory stopovers for nearly half of the common bird species found on the continent. Every spring, up to 3 billion birds pour into the forest, traveling north from backyards, parks, and wildlands throughout the Western Hemisphere. Countless other species, such as caribou, bears, wolves, lynx and wolverines, thrive in the boreal in numbers rarely seen elsewhere.

The Boreal Forest captures and stores enormous amounts of carbon, especially within its soils, peatlands and permafrost. Canada’s Boreal Forest alone holds about 12 percent of the world’s land-based carbon reserves. It is home to a quarter of the world’s wetlands, with millions of lakes—including some of the largest and most pristine on Earth—and the longest free-flowing rivers remaining in North America.

Many Indigenous Nations in Canada are honoring their connection to the land by establishing Indigenous Protected and Conserved Areas (IPCA) to sustain the places salmon, caribou, birds, and many others need. IPCAs also protect huge storehouses of carbon. Indigenous Guardians help provide the ongoing management for these protected areas.

This combination of Indigenous Protected and Conserved Areas and Indigenous Guardians programs is very effective. Canada has not only pledged to protect 30% of its lands by 2030 as one of the countries pushing for the UN Convention on Biodiversity to set that new benchmark goal for all nations, they have also set their own national goal of reaching 25% by 2025. The biggest, most ambitious plans for conserving lands are coming from Indigenous Nations across the Boreal Forest. Supporting these proposals will bring Canada close to meeting its conservation goals.

The theme for Earth Day this year is “Invest in our Planet”. To fulfill its stewardship responsibility to the world, including its birds and other biodiversity, it is imperative that Canada makes it a priority to provide funding for IPCAs and Indigenous Guardians programs across North America’s amazing Boreal Forest.