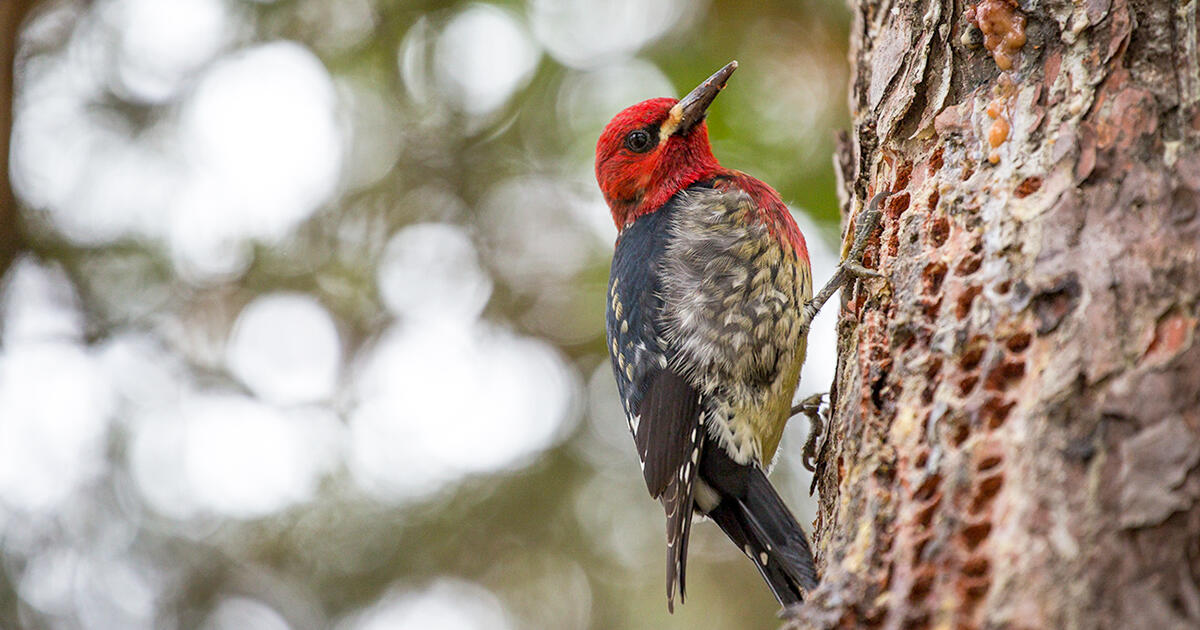 TONGASS NATIONAL FOREST, ALASKA (July 15, 2021)—In an announcement released today, the USDA plans to fully restore environmental protections for the Tongass National Forest as part of a new Southeast Alaska Sustainability Strategy. This inclusive new strategy will end large-scale, old-growth logging on all 16 million acres of the Tongass and instead focus on managing the forest for “recreation and resilience”.

“We are glad to see the Biden administration is fulfilling its promise to address the climate crisis by committing to protect our nation’s best solution to climate change—protecting the lands and waters of the Tongass National Forest,” said Natalie Dawson, executive director at Audubon Alaska. “We applaud their efforts to carry out an inclusive process that engages stakeholders across the U.S. and honors nation-to-nation relationships with Tribes.”

The decision is a part of the Biden Administration’s ambitious climate agenda. As the country’s largest national forest, the Tongass plays an important role in the stabilization of climate change. According to Audubon’s Natural Climate Solutions Report, the Tongass National Forest holds 44% of all the carbon stored in the U.S. National Forest system. It also contains some of the nation’s oldest forests, including some of the world’s largest remaining stands of old growth Sitka Spruce and Red Cedar.

The Tongass National Forest is home to over 40% of birds from across North America, including Red-breasted Sapsuckers and Marbled Murrelets, as well as salmon, bear, deer, and hundreds of other species of wildlife.

“The Administration’s new strategy recognizes that the Tongass plays an important role in the economy of Southeast Alaska not as a lumber producer, but as the backdrop for a strong recreation and tourism industry,” said David Krause, director of conservation at Audubon Alaska. “The Tongass holds more cultural value, ecological value, and economic value as an intact forest with its large, old-growth trees left standing.”

In October 2020, the U.S. Department of Agriculture lifted roadless restrictions on more than 9 million acres of Southeast Alaska’s 17-million-acre Tongass National Forest, areas previously determined by the U.S. Forest Service to be critical for protection. As a result, Audubon joined Southeast Tribes and other conservation  organizations in a lawsuit seeking to overturn the Trump administration’s decision.

The National Audubon Society protects birds and the places they need, today and tomorrow. Audubon works throughout the Americas using science, advocacy, education, and on-the-ground conservation. State programs, nature centers, chapters, and partners give Audubon an unparalleled wingspan that reaches millions of people each year to inform, inspire, and unite diverse communities in conservation action. A nonprofit conservation organization since 1905, Audubon believes in a world in which people and wildlife thrive. Learn more at www.audubon.org and on Facebook, Twitter and Instagram @audubonsociety.

Since 1977, Audubon Alaska has been conserving the spectacular natural ecosystems of Alaska for people, birds, and other wildlife. Audubon Alaska uses science to identify conservation priorities and support conservation actions and policies, with an emphasis on public lands and waters. Audubon Alaska is a state office of the National Audubon Society. Learn more at ak.audubon.org.