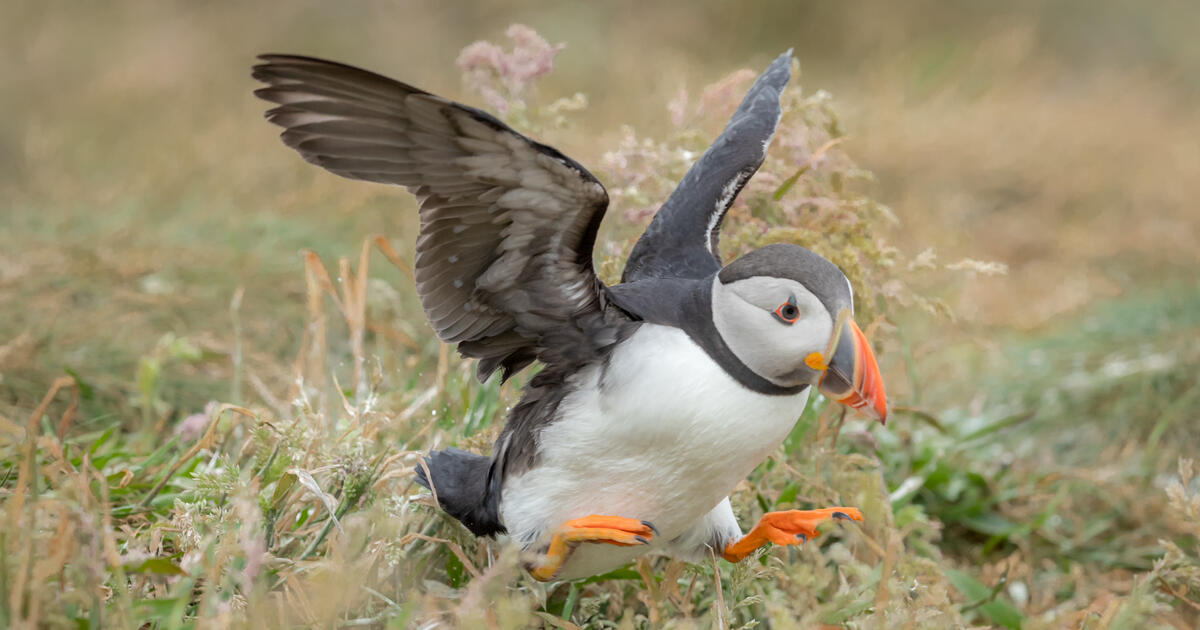 WASHINGTON (October 8, 2021) – Today, President Biden signed proclamations to restore protections for three national monuments—Northeast Canyons and Seamounts off the coast of New England, as well as Bears Ears and Grand Staircase-Escalante in Utah.

“This is a victory, not just for seabirds like Atlantic Puffins, but also for many coastal communities in New England that depend on a healthy ocean,” said Dr. Donald Lyons, director of conservation science for Audubon’s Seabird Institute. “Northeast Canyons and Seamounts is a critical place that allows seabirds to rest and stock up on fish during the harsh winter. The unique habitats there also support abundant populations of fish, whales, and other marine life that are vital to our coastal economy.”

President Trump signed a proclamation last year to open the Northeast Canyons and Seamounts Marine National Monument to commercial fishing. This rollback increased the risk of seabirds getting hooked on a fishing line or caught in a net and reduced the amount of fish available for them to eat. Audubon’s Seabird Institute was instrumental in uncovering that Maine’s recently restored populations of Atlantic Puffins rely on this monument to stock up on fish in winter months.

Today’s decision follows a report from Interior Secretary Deb Haaland with recommendations on whether to restore the boundaries and protections of each monument. The Trump Administration downsized Bears Ears by 85 percent and Grand Staircase-Escalante by nearly 50 percent.

“President Biden is reestablishing a longstanding national commitment to protect our most special places and acknowledging the leadership of tribal nations who steward these lands,” said Christopher Simmons, senior manager of public lands policy for National Audubon Society. “In addition to their important role in our ongoing history and collective culture, these protected spaces provide hundreds of bird species and other wildlife with relief from threats like habitat loss and climate change.”

The National Audubon Society protects birds and the places they need, today and tomorrow. Audubon works throughout the Americas using science, advocacy, education, and on-the-ground conservation. State programs, nature centers, chapters, and partners give Audubon an unparalleled wingspan that reaches millions of people each year to inform, inspire, and unite diverse communities in conservation action. A nonprofit conservation organization since 1905, Audubon believes in a world in which people and wildlife thrive. Learn more at www.audubon.org and on Facebook, Twitter and Instagram at @audubonsociety.