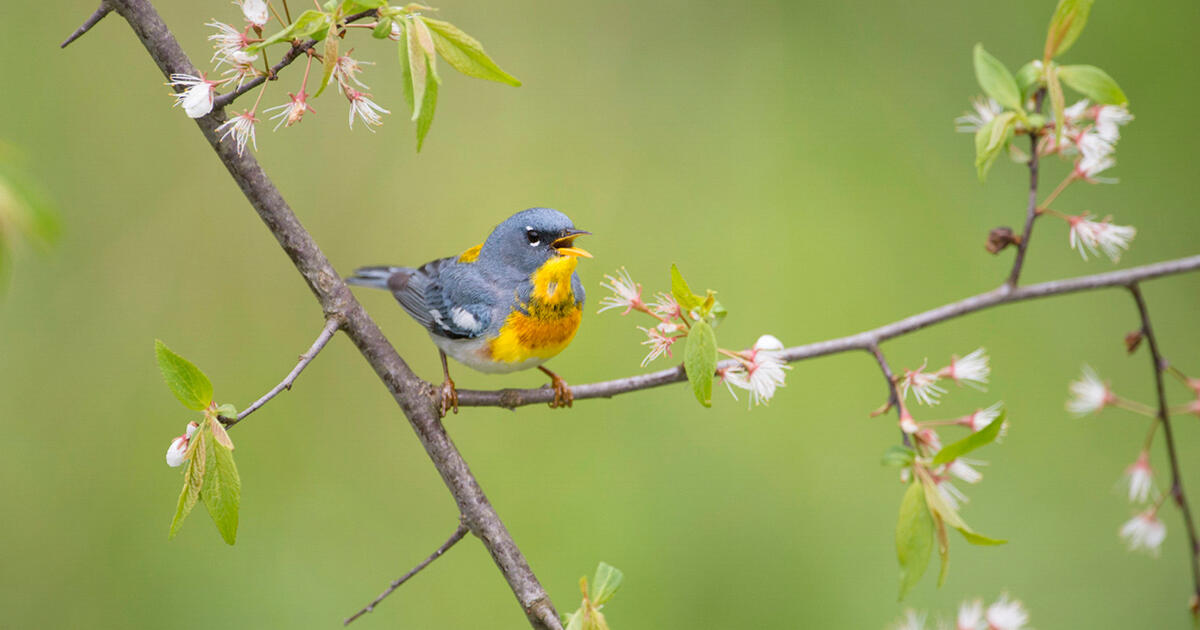 NEW YORK (June 3, 2021) –  A new report from the National Audubon Society shows that habitats that are important for birds now and in the future are also critical to reducing greenhouse emissions given their ability to naturally store and sequester carbon. This means that maintaining and restoring these landscapes through incentives for management and conservation are important strategies in our collective challenge to stabilize climate change.

“Birds are telling us that both their survival and ours depends on ecosystems with the ability to filter our air and water in key landscapes around the country,” said Sarah Greenberger, senior vice president for conservation at the National Audubon Society. “The scale of climate change has disrupted these natural processes, but with the right incentives for management, our forests, grasslands, wetlands, and urban green spaces can play a role in reducing harmful emissions while protecting the birds we love.”

Audubon scientists studied ecosystems across the country that are critical to both carbon storage and to birds, both now and under future climate change, and found that these regions often overlapped. Combined, the priority areas studied already store over 100 billion tons of carbon, and, if climate-smart strategies are implemented, have the potential to sequester up to twice as much carbon annually as they do currently. The report found that by conserving, managing, and restoring these priority areas, the U.S. could realize up to 23% of its Paris Agreement commitment to reduce emissions.

“Our previous research showed that what’s good for birds when it comes to addressing climate change is also good for the communities they share their habitat with,” said Brooke Bateman, director of climate science at the National Audubon Society and one of the authors of the report. “The priority areas highlighted in this report have the added benefit of being prime natural climate solutions. Management of these areas to drawdown emissions while simultaneously supporting efforts that help both birds and people is a win-win-win.”

Much of the land in priority areas is privately owned, so while management of public lands will play an important part, policies must also respect the role that landowners and producers play in maximizing the conservation and climate mitigation potential of the nation’s key landscapes.

“Working with private landowners and incentivizing voluntary climate-smart practices can increase resilience to climate change, drive investments into local communities, and help protect some of the country’s most important habitats for birds,” said Melinda Cep, vice president of natural solutions and working lands at the National Audubon Society. “Public lands also present ample opportunity to maintain and restore natural climate solutions and create a cleaner future for all.”

The report authors identified the following ecosystems as beneficial both to bird habitat and natural carbon storage:

The report also contains policy recommendations to not only maintain, manage, and restore these ecosystems, but to encourage innovation and research. Although natural climate solutions can help meet emissions reductions goals to avoid the worst impacts of climate change, investments must also be made to decarbonize every sector of our economy, including electricity, transportation, and industry.

“We must trust the science and take action to support natural solutions to climate change for the benefit of both people and wildlife,” said Greenberger. “From cleaner air for all city communities, to voluntary programs that will help private landowners, to ensuring that traditional and Indigenous land stewards have a say in the decision-making process – our policies must reflect equity, fairness, and respect for everyone.”

Audubon’s Survival by Degrees report, released in October 2019, indicated that future climate change will put two-thirds of birds in North America at risk of extinction due to projected range losses. Of the 604 species analyzed, none were projected to remain untouched by either climate-driven range loss or extreme weather, sea level rise, or other climate change-related threats.

The natural climate solutions report can be found at: https://nas-national-prod.s3.amazonaws.com/audubon_naturalclimatesolutions_june2021_hi_res.pdf

Additional information can be found at: https://www.audubon.org/conservation/climate/naturalsolutions