Ask Kenn: What is the Most Widespread Bird in the World? 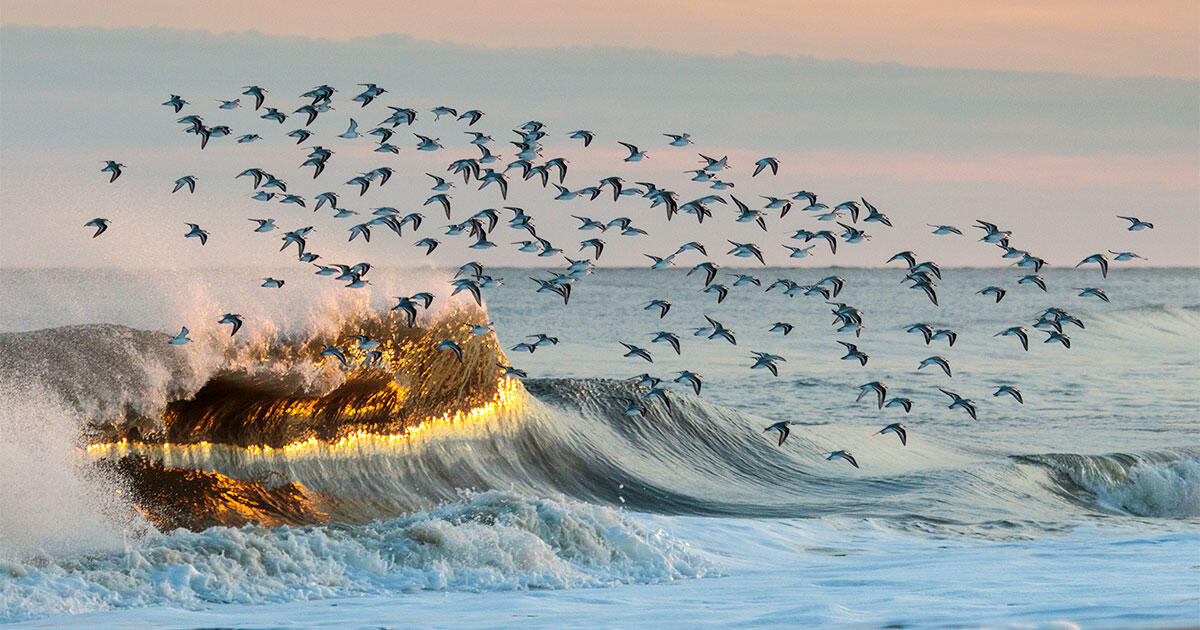 Question: I know that some birds have really small ranges while others live on multiple continents, but what is the most widespread bird in the world?

Kenn Kaufman: Bird distribution is fascinating and complex. Nearly every spot on Earth has at least a few birds—avian visitors have been seen at the South Pole, for example, and flying over the top of the Himalayas—but no single species is found everywhere, and no two have exactly the same distribution. But which one has the largest total range?

It might seem that this question would be simple (if time-consuming) to answer: All we have to do is to look through published range maps for all 10,000-plus species, and pick the one that covers the largest area. But it’s actually more complicated than that.

Unfortunately, range maps for birds can be very misleading. No matter how carefully they’re made, they give only a vague sense of where birds actually live. I can say that from experience, because I’ve drawn many myself, including the ones included in the Audubon online bird guide and Audubon Bird Guide App. In creating such a map, we fill in areas with solid color (the bird lives here) and leave other areas blank (the bird is not found here). But in reality most birds have patchy distributions; they are absent from many places within their core range, and may wander outside their usual haunts.

This leads to arbitrary decisions for each map. Suppose a certain state has only three scattered pairs of nesting Bald Eagles. Do we fill in the whole state as part of the breeding range? Or suppose a certain state sees only two or three Northern Shrikes per winter. Do we map the state as part of the non-breeding range? What if it’s only one shrike every three years? Where do we draw the line?

(When I’m drawing maps I’ll use a lighter shade of color to show where a species is less common, or even add a dashed line at the outer edge of the region where it might occur, but these are still choices. I ask myself: Would an active birder in this region see that species at least once every five years? If not, I cut that area from the map.)

To see how complicated the question can be, consider the Sanderling. This familiar shorebird breeds only on high Arctic tundra but it winters on coastlines all over the world, from Canada, Denmark, and Japan to the southern tips of South America, Africa, and Australia. Very widespread, right? But it is so closely tied to the shore that its wintering range, thousands of miles long, is only a few hundred yards wide. It’s a thin ribbon of land that doesn’t cover nearly as much area as the ranges of many other widespread birds.

But wait—what about areas that Sanderlings visit during migration? Adding those will expand the map, but not in a precise way. In North America, Sanderlings migrate mostly along the coast. In the interior they’re common around the Great Lakes and a few other sites, and uncommon to rare at most other places. But hundreds of scattered sightings every year show that they could show up anywhere inland. If we’re mapping their range, do we fill in the entire continent, or just the spots where they’re found more frequently? Again we’re left to ask: Where do we draw the line? The same thing applies to other continents. But the question extends farther, because Sanderlings are common visitors to many islands across the Atlantic, Pacific, and Indian oceans. They fly across the water to get there, obviously, so do we color in every ocean on the map as part of the migratory route?

Clearly, by some definitions, the Sanderling would be in the running for most widespread bird. But several other shorebirds also nest in the Arctic and winter on coastlines worldwide, including Whimbrel, Ruddy Turnstone, and Black-bellied Plover. All would have to be considered.

By some definitions, the Sanderling would be in the running for most widespread bird.

The question would be simpler if we left out winter and migration seasons and asked which birds have the most widespread breeding ranges. There are a number of candidates that nest on multiple continents. The Osprey nests in North America, Europe, Asia, and Australia. The Barn Swallow, which has recently established a breeding population in South America, now nests on five continents. The Peregrine Falcon nests on six continents, although it’s absent from large areas of most of them. The Barn Owl breeds on every continent except Antarctica (although it’s absent from most of northern and central Asia) and on a number of oceanic islands.

However, a focus on the size of the breeding range is wildly misleading for one important group: birds of the ocean. Most true seabirds nest in colonies on islands or on inaccessible coastal cliffs. Huge numbers of nesting pairs may be packed into a very small area, so their total “breeding range” is ridiculously small compared to their wide range at sea.

Consider the Sooty Shearwater. It nests in colonies (some with more than a million pairs) on small islands near the southern tip of South America, southeastern Australia, and New Zealand. The total surface area of those islands is probably smaller than the state of New Jersey. And yet millions of Sooty Shearwaters from those colonies move throughout the oceans of the world, as far north as Alaska and Greenland. They are common off both coasts of the United States, even though their nearest nesting sites may be 7,000 miles away. Another bird with a similar lifestyle is Wilson’s Storm-Petrel. It’s often the most common seabird off our Atlantic Coast in summer, but it breeds on small islands from southern South America to the edges of the Antarctic, and ranges almost throughout the world’s oceans. An unrelated seabird that migrates the opposite direction is the Arctic Tern, which moves south through all the oceans to winter near the edge of the Antarctic.

Back on land, some birds with very large ranges are those that have a close association with people. Citing domestic chickens seems a bit like cheating—yes, they’re everywhere, but there aren’t many places where they survive outside of captivity. That’s not true of the Rock Pigeon, though. Feral populations of pigeons, adapted to cities, thrive on six continents and most major islands, wherever there are lots of humans. House Sparrows also have tagged along with humans and they are almost as widespread as pigeons, although they are scarce in far eastern Asia, where their city niche is filled by the Eurasian Tree Sparrow. European Starlings are now also on six continents, but they don’t seem to do well in tropical regions of South America and Africa.

Chickens, pigeons, House Sparrows, and European Starlings were all introduced by humans to much of their current ranges. In a category by itself is the Cattle Egret, which has managed to introduce itself to much of the globe over the past century and a half. Originally native to Africa, southern Asia, and a little of southern Europe, it is now widespread on six continents and many oceanic islands. Humans didn’t transport it to these new locales, but we paved the way for it. This odd little heron lives in open pastures, following grazing animals to feed on insects they flush from the grass. By clearing forest and bringing in livestock, we created habitat that allowed it to become established on new continents.

So, finally, what is the most widespread bird species in the world? There isn’t a single best answer, because it depends on how we frame the question and how we interpret some of the data. But for birders who travel, it’s nice to know we might see a few widespread, familiar species practically anywhere we go.