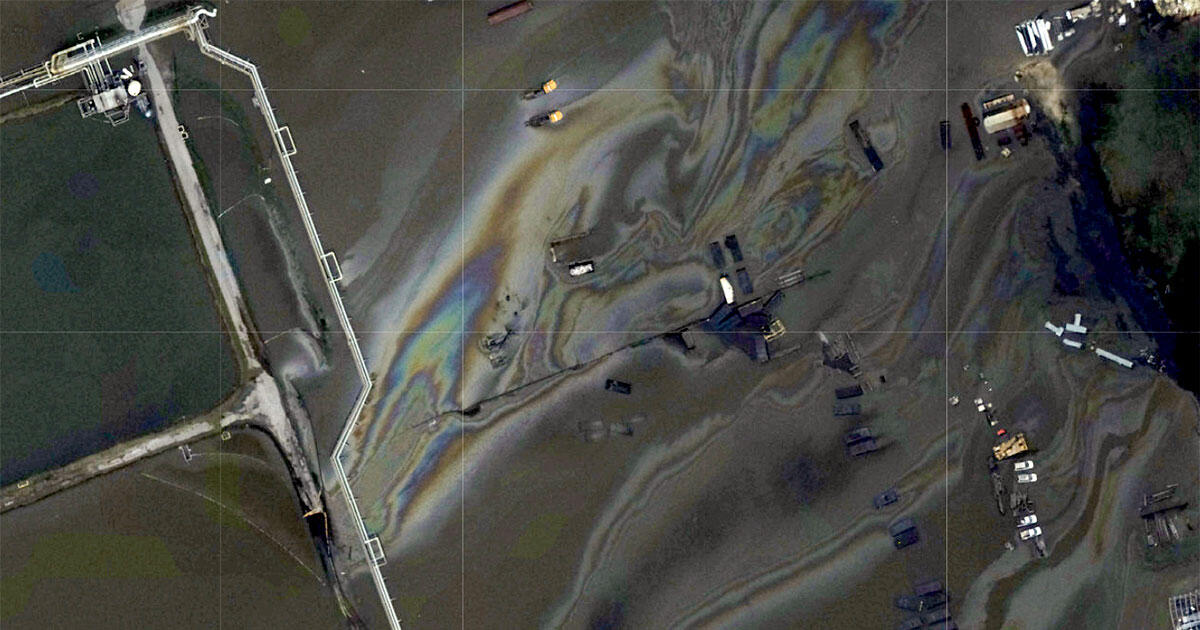 Along the Gulf of Mexico, communities are still trying to understand the scope of the damage done at the end of August when Hurricane Ida triggered dozens of oil leaks.

In Huntington Beach, California, local officials are calling for a permanent ban on offshore oil drilling after a pipeline likely damaged by a ship’s anchor hemorrhaged an estimated 25,000 gallons of crude on October 1. Oil fouled beaches where threatened Western Snowy Plovers spend the winter and, as in the Gulf, coated more than 100 birds.

The U.S. Department of the Interior, meanwhile, is preparing to auction off oil and gas leases across 81 million acres in the Gulf, the largest such sale ever undertaken.

For environmental groups and some Gulf Coast residents, the Biden administration’s plan to issue more leases to oil companies—in a region expected to be battered by increasingly intense hurricanes—is alarming. Conservationists also argue that the November 17th Gulf auction and proposed sales on 734,000 acres of federal lands undermine the climate agenda Biden is scrambling to salvage on Capitol Hill before next month’s international climate summit. And they say the president is breaking his repeated promises to make fossil fuel production on federal property a thing of the past.

“It doesn’t make sense,” says Kristen Monsell, oceans program litigation director with the Center for Biological Diversity. “It’s completely hypocritical to on the one hand say we need to take bold action to address the climate crisis and on the other plan to hold the biggest offshore lease sale in U.S. history.”

Confusion about oil and gas policies has prevailed since Biden, just after taking office, paused the federal leasing program pending a review of its shortcomings. Officials were supposed to issue a report on that review’s findings over the summer, potentially pointing the way toward new royalty rates or other changes, but that still hasn’t happened. Meanwhile, several energy-producing states sued Interior over the pause, arguing that the department has a legal requirement to hold regular lease sales. In June, a federal judge in Louisiana agreed, ordering Interior to resume sales.

The Biden administration has appealed that ruling but meanwhile is preparing the Gulf sale and planning for a not-yet scheduled auction in Alaska’s Cook Inlet. These sales were part of a five-year offshore program issued under the Obama administration, and Biden’s Interior says it has to move forward to comply with the court order. But critics are frustrated with the department’s acquiescence. Despite the ruling, they assert, Interior Secretary Deb Haaland and other officials still have broad discretion to decide where, when, and how much acreage to lease. In response to questions about why the department is putting such a vast area on the auction block, an Interior spokesperson directed Audubon magazine to a pair of previous statements and declined to comment further.

Interior estimates that areas leased in the Gulf sale could eventually yield up to 1.1 billion barrels of oil and 4.4 trillion cubic feet of natural gas. The blocks on offer range from 3 to 231 miles offshore, with depths between 9 and 11,115 feet.

Hoping to halt the sale, environmental groups sued in August, arguing that Interior is working from an outdated 2017 review of the sale’s potential impacts. That analysis already had serious problems, they say, such as claiming that emissions would be higher without the lease sale, a conclusion based on the assumption that oil would be met in countries with fewer regulations. And they argue that important developments since then have only underscored the risks of new leasing, making the review even more flawed.

For instance, in January scientists announced the discovery of a new species of marine mammal, Rice’s whale, which lives in the Gulf and likely numbers fewer than 100. Wildlife advocates say increased oil activity will put the critically endangered whales in greater jeopardy. Also, a year after the 2017 review, the Intergovernmental Panel on Climate Change issued a special report showing that a widely accepted global target of limiting warming to 2 degrees Celsius was not enough to prevent catastrophic damage, and that 1.5 degrees should be the goal. In another report in August, the panel warned that even 2 degrees would be out of reach without immediate, major reductions in emissions.

“They are just blazing forward with this lease sale without doing any subsequent environmental analysis,” says Monsell, whose group is among the plaintiffs. “That’s the essence of arbitrary decision making, in my mind.” The groups are hoping for a decision in the case before any leases purchased next month can be finalized. The State of Louisiana has intervened in the case on Interior’s side and the American Petroleum Institute has filed a motion to do the same.

Also not considered in Interior’s analysis was a Government Accountability Office (GAO) report this year identifying major failures in federal oversight of oil and gas pipelines in the Gulf. Regulators lack a robust system for inspecting and detecting leaks from 8,600 miles of active pipelines in the Gulf, the report found. They also have allowed oil and gas companies to leave 97 percent of decommissioned pipelines—around 18,000 miles of them—in place, with no clear accounting of the risks they pose. A House committee approved a pair of bills last week that, if passed, would seek to improve oversight.

Oil leaks from existing infrastructure are an inevitability in parts of the Gulf coast, and in particular for low-income communities of color, local advocates say. New Orleans-based Healthy Gulf, another plaintiff in the suit to stop next month’s lease sale, reports that offshore pipelines in the Gulf leak at more than 10 times the national rate, which they attribute to hurricanes and ocean forces. Using satellite imagery, the National Oceanic and Atmospheric Administration identified 55 spills in Hurricane Ida’s wake. But given the oversight failures the GAO identified, the true toll is unclear.

“We’re trying to get a better picture of just how bad it is,” says Dustin Renaud, communications director for Healthy Gulf. To that end, the group has set up a community science program in which volunteers pore over satellite images to look for oil sheens or other signs of leaks.

It’s not yet clear how many tracts on offer in the Gulf will actually draw bids next month, and the companies that win the leases may sit on them for years without drilling. Nonetheless: “We know that where we drill, we spill. We can’t keep doing the same things and expect different results,” Renaud says. “Every oil spill started with a lease sale at some point.”