A City Strapped: Photographing a New York in Need 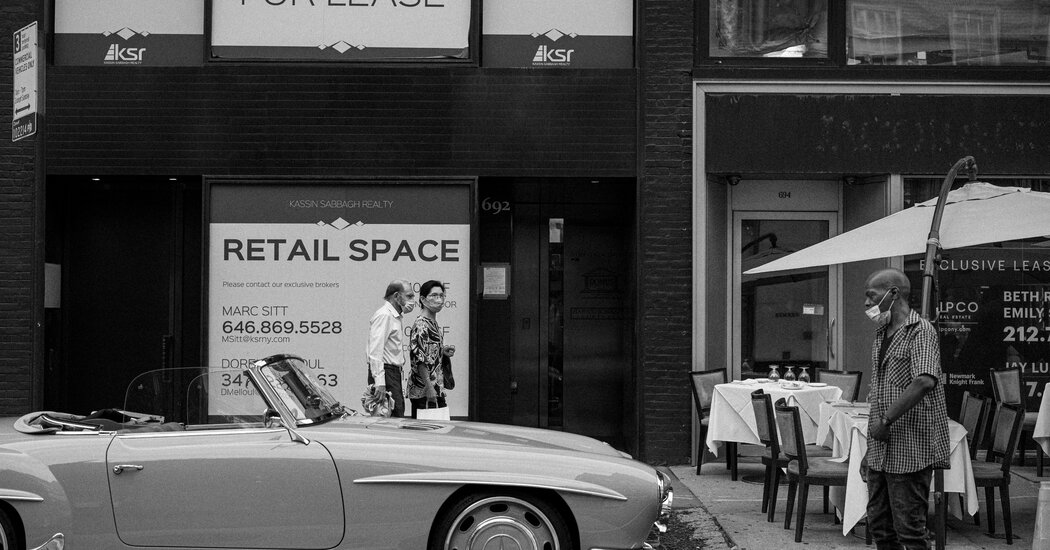 Times Insider explains who we are and what we do, and delivers behind-the-scenes insights into how our journalism comes together.

Last year, as the coronavirus began spreading in New York, I worked closely with Renee Melides, a photo editor on the Business desk, on a photo essay that visualized the city as it became a global epicenter of the pandemic. When that piece was just a concept and life still seemed somewhat normal, the two of us sat over a coffee. To this day, it’s the only time I’ve had an editor green light an idea mid-pitch.

“Yes,” Renee said, interrupting me. “Do it. Now.” And I walked outside and started photographing.

Back then, anxiety and uncertainty dominated New York, and when the story ran, it led with an image of a man praying during a meal in a Greenwich Village McDonald’s.

With that story published, I pulled back from daily assignments as a freelance photographer in an attempt to understand the virus, as well as the risks that my family and I faced. I never stopped working, though. Instead, I moved through many parts of New York on long daily runs. Nine miles out, nine miles back. I’d pass through different neighborhoods, assessing and acknowledging changes by shooting on my iPhone.

For a while, the pictures were mostly empty streets, ambulances and those frightening freezer truck morgues. Then the spring surge abated and people started emerging, and the vulnerabilities of our city, exposed by the virus, became more apparent than ever. I would post images to my Instagram account, unsure of what else to do with them or even what I was trying to say.

I could see that inequality had become more pronounced, observing the rich and the needy forced to share the same sidewalks. I watched as stores closed down on street corners one by one until nothing but “For Rent” signs remained, and I found myself stunned as I moved through parts of the city that were once thronged by tourists but were now empty. One day in Times Square, as I sat waiting for a pedestrian to pass through a composition I had made, it was quiet enough for me to hear the sounds of the traffic lights changing.

The texture of the streets and avenues changed quickly as the city frayed. When things were really bad, neighborhoods changed day by day. The McDonald’s I had photographed back in March closed down one night, and by morning it was covered in graffiti.

In August, I photographed a man enjoying a $10 gelato in the West Village next to a man sleeping in a doorway. Moments after posting it, I received a note from my editor, Renee.

“We HAVE to do something on this, Ash.”

We’ve lost tens of thousands of New Yorkers to Covid-19. More than half a million people nationwide. As vaccines were developed and a potential end to the health disaster seemed within grasp, I felt it was critical to focus attention on another element of this crisis: the deep recession we’ve found ourselves in. I needed to photograph our decimated economy in a way that brought the various elements to life — through the people living it. The resulting photo essay is my requiem to the New York that we knew before the pandemic, but also a love letter to the resilient people who never gave up.